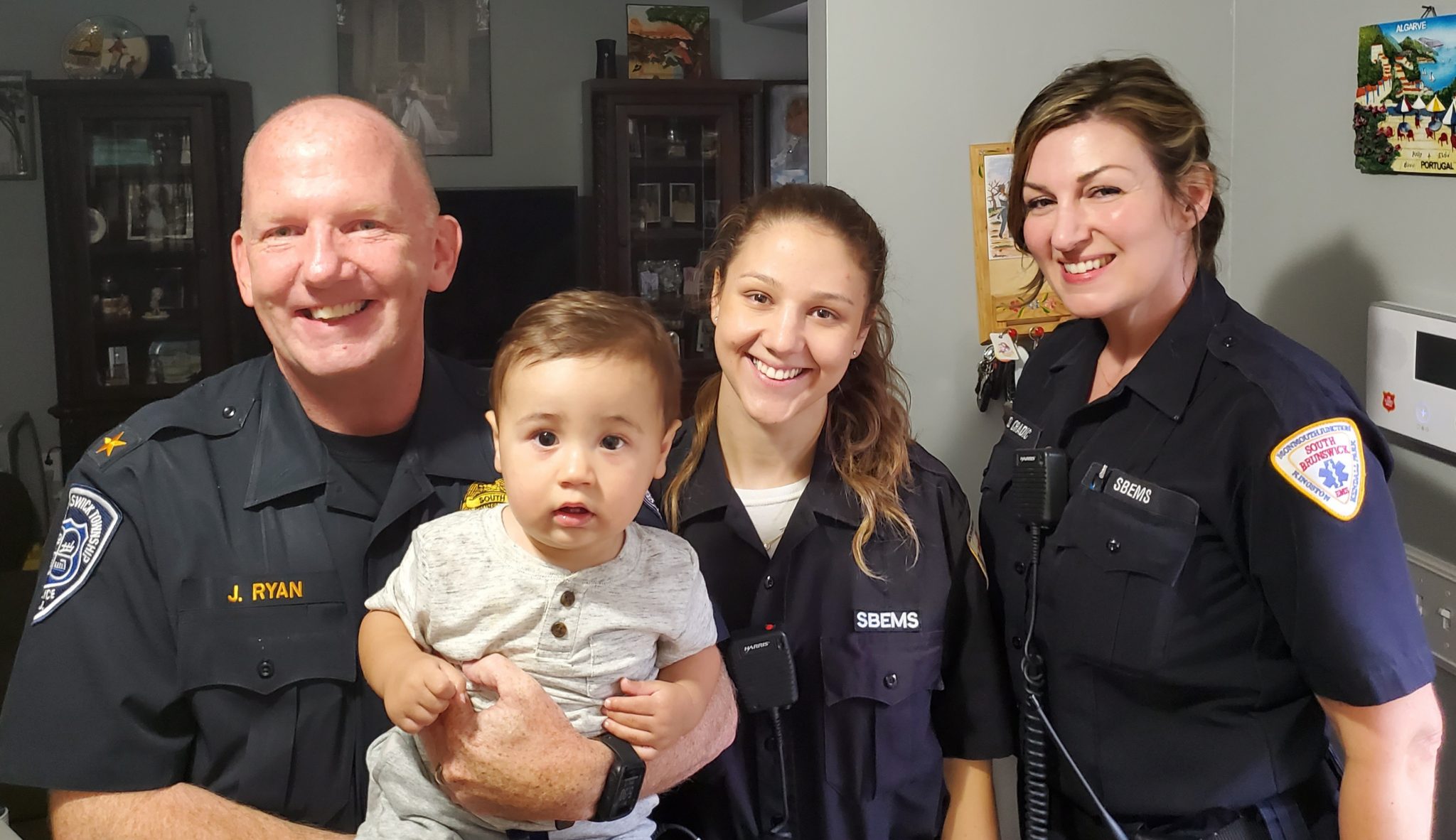 SOUTH BRUNSWICK – South Brunswick first responders got a big “Thank you” from two grateful parents for all that was done to save their 1-year-old child.

Elvin Centeno and Kelley Centeno asked the first responders, who rushed to their Quincy Circle home, 10 days earlier to return this week to see how well their son was doing, according to a press release through the South Brunswick Police Department on Sept. 21.

On Sept. 8 at 2:10 p.m., Elvin’s mother was watching the youngster when she noticed the little boy had become unresponsive and was having trouble breathing. Elvin’s mother called another relative who called 911.

South Brunswick Police Deputy Chief Jim Ryan was around the corner from their Quincy Circle home when he heard the call. Within 30 seconds he arrived to find the little boy in his grandmother’s arms actively seizing and unresponsive, police said.

Ryan quickly took hold of the little boy, placed him on the floor and cleared his airway. He then brought the child out to EMS (emergency medical services) as they arrived. South Brunswick EMS veterans – EMTs (emergency medical technicians) Danna Meier and Dion Cradic – along with paramedics rapidly worked to stabilize the child. The child continued to seize and had to be placed on a ventilator, police said.

EMS rushed the child to St. Peters University Hospital in New Brunswick where he remained on a ventilator for two days in intensive care. After over a week of treatment, the boy has made a full recovery and was able to go home on Sept. 16, police said.

On Sept. 19, the Centeno family wanted to thank first responders in person for their life saving efforts. Both parents credited the quick response by police and EMS with making all the difference in saving their child.

“We are so thankful for all they did,” said Kelley Centeno.

His parents said their son has returned to his normal activity of crawling all over the home and constantly laughing.

Police Chief Raymond Hayducka said, “We have some of the best first responders from our police to EMS to fire. When seconds count it is a team approach that makes all the difference. It is great to see such a positive outcome on what was a very scary situation.”