Consumers think it’s a great time to buy, but affordability remains a major concern, according to new housing pulse survey

Many Americans think it’s a good time to buy — and sell — a home.

A vast majority of Americans believe purchasing a home is a good financial decision, and many think they could sell their property for at least its initial purchase price, according to the National Association of Realtors’ 2015 National Housing Pulse Survey.

The survey, which polled 1,000 Americans living in the 50 most populous metropolitan statistical areas about their attitudes and concerns about housing issues, found that more than two-thirds (68 percent) of Americans believe that owning a home is a good decision, and 71 percent believe they could sell their houses for what they paid for them — an increase of 16 percentage points since the NAR’s last Housing Pulse Survey in 2013.

However, the desires for homeownership remain the same from past years. Building equity, wanting a stable and safe environment and having the freedom to choose a neighborhood are the top three reasons to own a home.

“Homeownership is part of the American Dream, and this survey proves that dream is alive and thriving in our communities,” NAR President Chris Polychron said in a statement. “[We] believe that anyone who is able and willing to assume the responsibilities of owning a home should have the opportunity to pursue that dream in a safe, responsible way, which is why NAR advocates homeownership issues and educating potential buyers about achieving their property investment goals.”

Americans want to pursue this dream despite certain cost concerns. Two-thirds of those surveyed believe that housing prices are more expensive now than they were a year ago. Additional costs pressures on potential buyers include:

Overall, debt is the largest obstacle preventing consumers from saving for and affording a home.

Despite the cost concerns, the majority of Americans consider owning a home desirable — attitudes about the housing market and the economy improved in recent years. Nearly half (49 percent) of respondents indicated that they feel activity in the housing market has increased in the past year, and 89 percent expect home sales in their area to either increase or remain the same. Concern about foreclosures also has declined, with only 15 percent of respondents indicating that foreclosure is a major concern. Only 36 percent think that job layoffs and unemployment are a big problem, a substantial drop from 45 percent in 2013.

The number of renters who now are thinking about purchasing a house has risen to 39 percent, a 3-percentage point increase from 2013; 61 percent of these respondents say owning a home is a priority for the future.

The survey also polled an additional 250 adult millennials (those born after 1981) from the same metro areas. More than half of the demographic said housing costs are a financial strain on their budget; 65 percent are concerned about high rental prices, and 60 percent are concerned about high home prices. Student-debt burdens were the top concerns for millennials, with 86 percent stating it as their largest hurdle to buying a home. 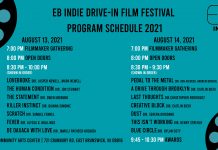