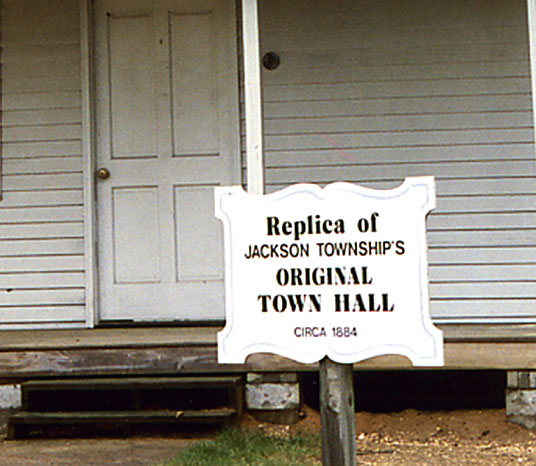 A utility company’s plan to construct a nearly 30-mile-long high-pressure natural gas pipeline through portions of Burlington, Monmouth and Ocean counties has been given the green light by the New Jersey Board of Public Utilities (BPU).

New Jersey Natural Gas (NJNG) is proposing to build the Southern Reliability Link through portions of Upper Freehold Township in Monmouth County, and Plumsted and Jackson in Ocean County.

NJNG proposed the construction of the pipeline in April 2014. The project has been the subject of public debate and public hearings since that time. The BPU announced its decision to allow the project to proceed on Jan. 27.

According to NJNG, the pipeline is needed to provide redundancies to its natural gas system, as well as to connect to a new supply point with the Transcontinental Pipe Line Company (Transco) in Chesterfield, Burlington County.

“We are pleased the BPU approved our filing to construct and operate the Southern Reliability Link,” NJNG spokesman Michael Kinney said. “The (pipeline) is an important project that will enhance the resiliency of our system and support the safe, reliable delivery of natural gas to 83 municipalities throughout Monmouth, Ocean and Burlington counties, and benefit over one million people.”

BPU President Richard S. Mroz said the proposed pipeline complies with state and federal regulations, which led to its approval.

“In approving the route for this natural gas infrastructure improvement project, the board continues to support New Jersey’s Energy Master Plan goals and recommendations, while also demonstrating our commitment to ensuring safe, adequate and affordable utility services to all who desire such services,” Mroz said.

According to the BPU, the 30-inch-diameter Southern Reliability Link will begin in Chesterfield Township and continue along Bordentown-Chesterfield Road and Arneytown-Chesterfield Road, before crossing into North Hanover. From there, the pipeline will travel along Upper Freehold Township’s border on Province Line Road, also known as Ellisdale-Arneytown Road, to Monmouth Road (Route 537). The pipeline will connect Province Line Road and Monmouth Road in Upper Freehold Township.

The pipeline will then follow Hornerstown Road, Pinehurst Road (Route 539), Lakewood Road (Route 528), Fischer Road and West Colliers Mill Road through Plumsted before it enters an easement within Joint Base McGuire-Dix-Lakehurst. From the military base, the pipeline will connect to NJNG’s distribution system at Colonial Drive and Route 70 in Manchester Township.

Opponents of the natural gas pipeline have cited the route as a major issue for the municipalities through which it will pass, as residents expressed concern with the pipeline’s proximity to populated areas.

Plumsted Mayor Jack Trotta called NJNG’s claims that the pipeline is needed for redundancy purposes “misinformation” and said it is much smaller residential natural gas distribution lines that usually fail during events such as superstorm Sandy.

“Any issues with natural gas had to do with the 2-inch-diameter local distribution lines that serve individual homes and businesses, not 30-inch-diameter pipelines that are used to transport gas over long distances,” Trotta said. “If NJNG wants redundancy they should be running secondary lines to each home and business they serve, not a transmission line to expand their market along the shore.”

Trotta said the Southern Reliability Link was approved “without regard to those who will suffer both during the construction (of the pipeline) and then again afterward if leaks develop and there is an explosion.”

According to the BPU, the board reviewed 19 potential routes for the pipeline and the “possible impacts … to existing structures and the environment.”