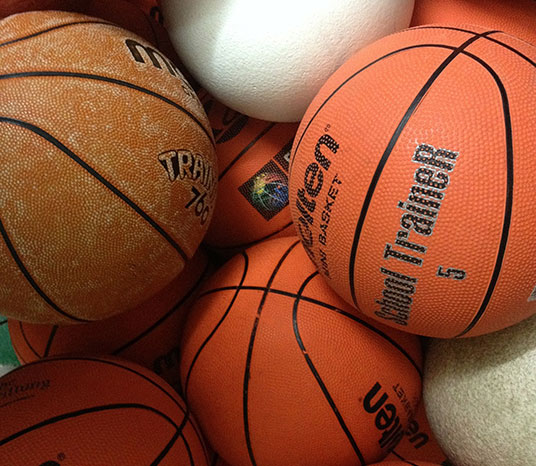 Fans of Shore Conference basketball will notice a number of familiar faces in the coaching ranks.

Former stars who went to play in college have returned and are now adding their experiences to coaching staffs around the conference. One of them is Colts Neck High School graduate Tiffany DeTulio, who is now an assistant coach on Marlboro High School head coach Brad Hagensen’s girls basketball staff.

For DeTulio, a 1,000-career point scorer for the Cougars who went on to play at The College of New Jersey, is doing what she always wanted to do: coach.

“I enjoy it so much,” she said. “As I grew up, I learned from all my coaches. Everything they taught, I absorbed it. I knew I needed to become a coach.

On the sidelines with Hagensen and his staff, the ex-Cougar is still observing and learning.

“I’m always watching how the coaches teach things and react,” she said, adding that she is making the transition from having a player’s mindset to that of a coach.

DeTulio, however, is far from an observer. She has brought a lot to the Marlboro program, according to Hagensen.

“She has been an invaluable resource to our basketball program,” he said. “To have the girls hearing from someone who has been in their shoes is just tremendous. Tiffany has experienced everything we want our kids to experience on a basketball court.

“She is an incredibly positive and strong female role model for the team. It is also a blast working with her; we have great camaraderie within our coaching staff.”

DeTulio’s experience has made her a mentor to the Mustangs’ players.

“I know what they are going through. I’ve been through it,” she said. “The girls will come up to me when they have questions, and we’ll talk about it.”

One thing that DeTulio has learned quickly about coaching is that unlike while playing, coaches have no control over what is happening on the court. They can prepare a team as much as possible, but the ball is in the players’ court on game day.

In many ways, not being able to control the outcome on the court makes coaching nerve-wracking. DeTulio said she is more nervous on the bench than she ever was playing.

“I get butterflies before a game,” she said. “My anxiety is to the roof.”

While she is thoroughly enjoying coaching, DeTulio still yearns to get back on the court. At times, she want to jump into the game.

While DeTulio has seen some difference in the high school game now compared to when she was suiting up for the Cougars, some things have remained the same.

“Athletes are athletes,” she said. “Girls compete all four seasons. The girls that work hardest go the furthest.”

The same thing rings true for teams. DeTulio is a believer in this Mustangs team — which begins defense of its NJSIAA Central Jersey Group IV title next week — because of the way the Mustangs battle for an entire game.

“It’s their effort; that’s what you want them to do,” she said.

DeTulio played on one of the legendary high school teams in Freehold Regional High School District history. During her four years, the Cougars won more than 100 games (101-17), a pair of Central Jersey Group IV championship and the 2009 Group IV title. In 2009, the Cougars reached the Tournament of Champions finals, where they fell to St. John Vianney High School.

Lauren Clarke, Brooke Hampton and DeTulio were the backbone of those teams. All scored 1,000 points and went on to play in college, with Clarke going to Brown University and Hampton moving on to West Virginia University. Clarke is now playing professionally in England.

Their success at Colts Neck was not all that surprising. Playing together at the Cedar Drive School, they led the team to back-to-back 22-0 seasons. The winning continued in high school.

The trio remains close, and they see each other when they can.

While serving her apprenticeship now, DeTulio has higher aspirations for her coaching career.

“Eventually, I hope to be a head coach,” she said.

Unlike DeTulio, who knew early on she wanted to coach, former Freehold High School great Shannon Mayrose didn’t come by the itch to coach until she was in college at Virginia Tech.

“I think in high school I wouldn’t have said I’d get into coaching,” she said. “Being in college six years (she had two redshirt soccer seasons due to injuries), I fell into a leadership role. Some of the other players looked up to me.”

When she missed two seasons due to injury, Mayrose began to think about life after college soccer.

“All I thought about was playing,” she said. “Once I took a step back [due to injuries], I did some evaluating.”

The evaluating led her to coaching.

“You have to transfer your passion somewhere else,” she said. “Coaching is a good outlet — a way to stay in it.

“I’m passionate about coaching and learning to coach. This is my first year coaching, and I’m still learning. ”

Mayrose was a volunteer coach for Howell High School’s girls soccer team and is an assistant coach to Joe Santopietro for the Rebels’ girls basketball team.

Because she hadn’t played basketball since high school (she went to Virginia Tech on a soccer scholarship), she takes any opportunity she can to get on the court and play in practice.

“I missed playing,” she said. “I was antsy to be on the court. I jumped into practice whenever I could.”

Mayrose still plays soccer with some of her high school teammates at GoodSports USA in Wall Township.

A  very competitive athlete, Mayrose said she has to learn to let things go more as a coach. After tough losses, she said she goes to the gym and runs for a half-hour to clear her mind.

Like DeTulio, she’s learned that as a coach, she has no control over what happens on the court.

As a coach, Mayrose said her goal is to push people to make them better. She also likes the impact that a coach can have on a player.

“I’m looking to make a difference,” she said.

She was a pretty fair basketball player, too. She is Freehold’s all-time leading scorer with 1,725 career points.

Keeping coaching in the family, Mayrose’s older sister, Alyssa, is an assistant coach for the women’s basketball team at Brookdale Community College.