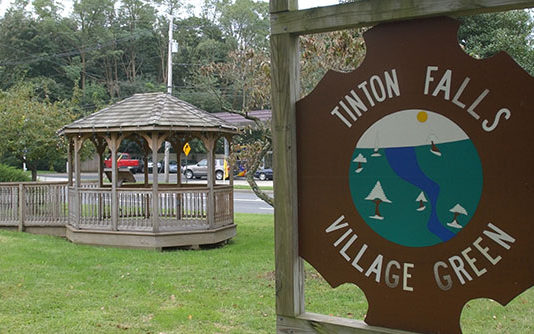 Both girls placed at the recent district championship as well, taking first and second in their individual events, respectively. The Prep B tournament, hosted on Ranney School’s Tinton Falls campus, featured 12 teams from schools across New Jersey.

Vaiani has earned early acceptance to the University of Pennsylvania’s Ivy League fencing team for her athletic achievements, as well as admission to its Wharton School of Business; she will matriculate there after graduation from Ranney this spring.

“Although I am excited to begin a new life at Penn, I could not have achieved this goal without the support from my classmates and teachers at Ranney,” Vaiani said in a school press release. “With their support, I was able to not only maintain my academic status, but also I excelled in my fencing career, thus earning my recruitment slot for Penn.”

Vaiani began fencing at the age of 9 and has participated on Ranney’s fencing team through her Upper School career. She helped the squads win their way to the Prep B State Championships two years in a row. Outside of Ranney, Vaiani trains with personal coaches and has built an impressive list of accomplishments, including a third-place finish at the 2014 Cadet World Cup Fencing Competition held in Italy.

Mangano started fencing at age 10 and is currently coached at Atlantic Fencing Academy by Jim Carpenter, an Olympian, and Donna Stone, a World Cup Champion.

“I enjoyed representing Ranney on the strip, and I really appreciate all of the support from the people who came out to watch,” the freshman said after the Prep B State tournament.

Mangano is ranked No. 1 on the National Y-14 points list, which serves as her division. Her achievements this season have been particularly amazing because she dislocated her right shoulder last summer while battling to the top 16 in Women’s Epee Cadet (U17). Despite the injury, she continued to fence to the semifinals and captured the bronze medal.

After learning of the severity of the injury, she spent the summer seeing medical specialists and began to train to fence with her left arm in order to stay in the game. When it came time for the October 2015 North America Cup (NAC), Mangano picked up her right epee at the last minute and gave it a shot. She managed to fence to the top 24 and received national points, moving on to the November NAC, where she placed in the top 16 for Cadets and captured the Gold in Y-14. Most recently, she placed in the top 18 of Juniors at the Junior Olympics
​and won the bronze medal in Cadets.
​​
The Ranney freshman will compete in the Division I National Championship in April.

Also placing in the 2016 Prep B States from Ranney were junior Rebekah Lo of Ocean, who took seventh place in girls sabre; junior Olivia Eaddy of Wall, who took eighth place in girls foil; and junior Eric Wu of Morganville, who placed in the top eight in boys epee. 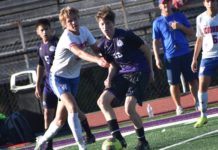