Applicant gets approval to convert building into Islamic cultural center 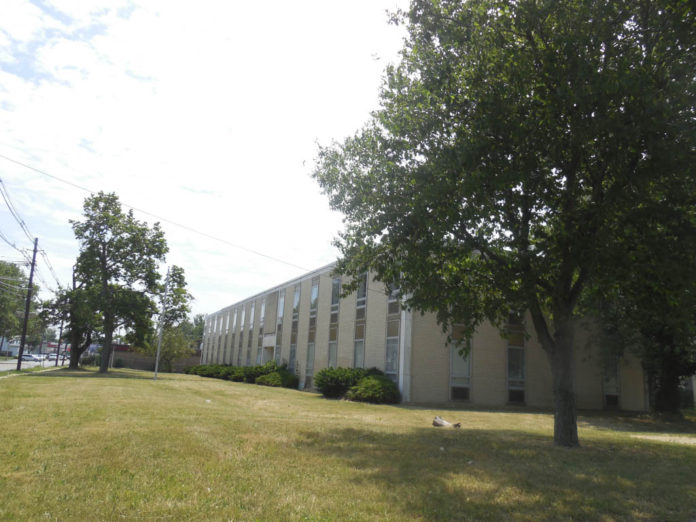 The North Brunswick Cultural Center sits on Block 188, Lot 6 at 445 Georges Road on the former Verizon site. The existing, T-shaped building is currently vacant in the C-1 Neighborhood Commercial Zone.

According to original testimony provided in February to the North Brunswick Zoning Board, the applicant sought to retrofit an existing two-story, 37,100-square-foot building and construct a single-story rear addition consisting of a recreation facility to include a worship room, reading room, cultural and religious administrative offices, daycare center, educational classrooms, a coffee shop, two retail shops and a recreational/exercise area with basketball courts, squash courts, exercise rooms with showers and a swimming pool.

Residents attending the February meeting questioned the Islamic-based theme of the facility, the effect of traffic on the surrounding neighborhoods, the presence of trucks on the site and noise that will be generated by the daycare center.

“The North Brunswick Community Center, as we’ve established, is meant to be an all-inclusive space for everyone, regardless of background,” Ahmed El Benni, the son of one of the original founders of the project, said at the time.

During a follow-up hearing on June 7, El Benni said there are a variety of social, recreational, religious, professional and educational services open to anyone and everyone in the community, not just those of the Islamic faith.

“What it is not is an Islamic center,” El Benni clarified, noting that a mosque would have a more prominent prayer area, be exclusively for Muslims and not have a cafe for socialization, a daycare area or professional and educational programs.

“We invite our neighbors to see the unique benefit of this project … and invite everyone here to set an example in this community and this country that what we share is far greater than what we don’t,” he said.

Members of the Zoning Board agreed, as they unanimously approved the project.

“I think there is a community need for this facility,” Thomas Abode said. “I’ve heard people from the public anxiously say that it’s going to be a wonderful place to take our children to keep them active … and to try to further the education and well-being of our minors and our children.”

Although Abode did acknowledge traffic and parking concerns, since the site is very close to the Nassau Street neighborhood, he said “the impact to the surrounding communities can be mitigated and protected.”

The Zoning Board granted approval with conditions such as posting signage for resident parking only on Nassau Street during prayer services on Fridays from noon-3 p.m.; having a police officer handle traffic during prayer services and holidays; adding fencing and buffering to a nearby cemetery and Nassau Street frontage; not blasting an auditory call from the building at 4:30 a.m. for prayer service; not including a school on the premises; taking care of poison ivy that has overgrown into neighboring yards; and providing a traffic study within six months of completion of the project so that the township can evaluate any issues.

“The cumulative effects of the positive impact that you are proposing to create overall is a positive addition to the neighborhood,” Zoning Board Chairman Mark McGrath said. “I trust that you will prove yourselves good neighbors and a positive contribution to this town.”

However, prior to the final vote, members of the public did voice their concerns to the board.

“I can’t believe what you are saying. I think you are insensitive to the neighbors,” Susan Cipolla said. “Does this mean because it’s always been busy we just have to suck it up?”

Tony Nastus agreed that there were too many variances for the project and “too much going on in one building.”

“Is it a mosque? Is it a community center? I don’t know what I’m objecting to,” he said.