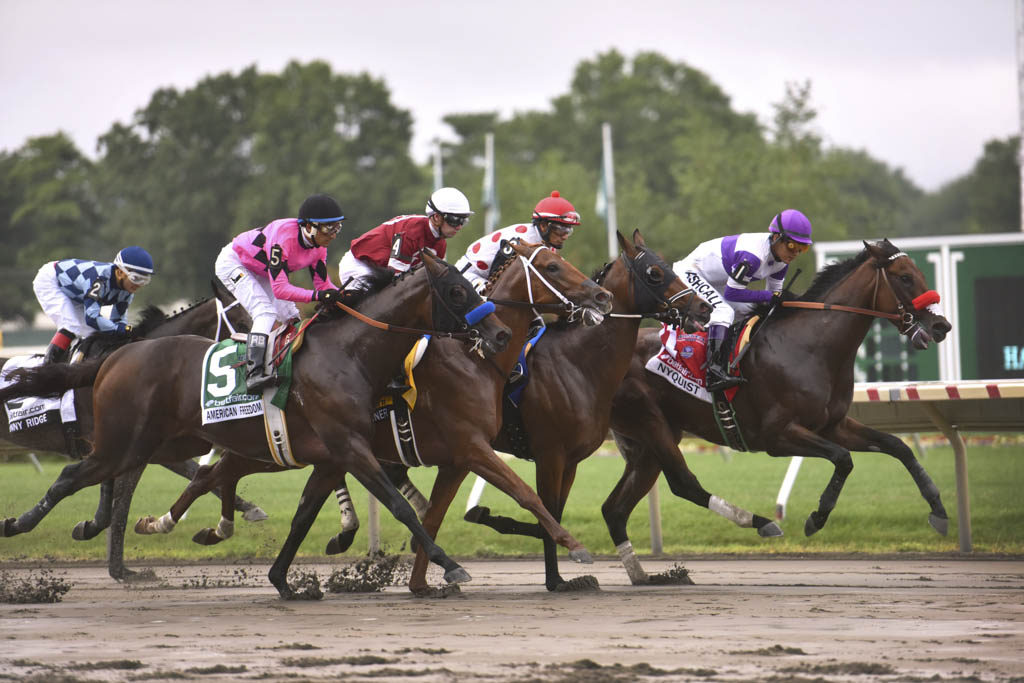 “Despite the lack of horses, we still recorded numerous accomplishments this year,” Dennis Drazin, adviser to Darby Development LLC, operators of the racetrack, said in a press release. “The entire Monmouth Park team continues to work hard to put on outstanding racing in a fan-friendly environment that is second to none.”

Among those accomplishments this year was the advent of exchange wagering as Monmouth Park was at the forefront to make New Jersey the first in the nation to see this new betting platform that allows fans to select and set their own odds.

Also new this season is Blu Grotto, Monmouth Park’s recent restaurant addition that has enjoyed rave reviews for outstanding dining and ambience. Located near the top of the stretch, Blu Grotto will be open year-round.

“Horses follow purse money, and our neighbors are working with a distinct advantage,” Drazin said. “Every state surrounding us, and most of those surrounding them, have alternative gaming revenues fueling purses. These casino-fueled purses has led to a decrease in field size and carded races. Obviously, this has had a direct impact on our handle — both on-track and in the simulcast network.”

In the race for leading trainer, Navarro did it again, winning his fourth consecutive title. The 41-year-old conditioner from Panama won a record 59 races this year, besting the mark of 55 established by John Tammaro III in 1974 and equaled the following year by J. Willard Thompson.

Over in the jockey race, Lopez was yet again a runaway victor, booting home 105 winners in 2016. It was the fifth overall title for the 30-year-old native of Mexico, who took his first championship during the 2010 Elite Meet. He has been top jockey at Monmouth since 2013.

Live thoroughbred racing shifts north to the Meadowlands for 14 all-turf programs beginning Sept. 28. The Meadowlands will offer a 15 percent takeout rate on all wagers — the lowest in the nation. That meet runs through Oct. 19.