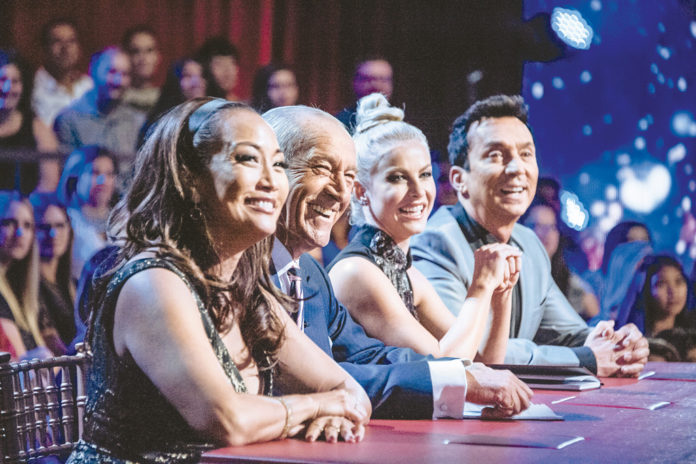 Cheers to Dancing With the Stars
for staging a quickstep edition. In a compressed pre-debate episode, the show sped things up by having the judges (Carrie Ann Inaba, Len Goodman, Julianne Hough and Bruno Tonioli) score routines with paddles only, not patter. Smoothest move ever.

Cheers to The Last Man on Earth
for its Mad-cool cameo. Jon Hamm’s top-secret spot in the Season 3 opener as a hazmat-suited stranger led to the demented Mad Men reunion we never knew we needed after he was fatally gunned down by January Jones’s Melissa. Somewhere, Betty Draper is pouring herself a well- deserved drink.

Jeers to Hawaii Five-O
for waking the Lord in vein. The sunny reboot left us gloomy with a season-premiere bit between Alex O’Loughlin’s Steve and the CGI-resurrection of the late Jack Lord’s original McGarrett. Last time we checked, The Walking Dead was on another channel.

Jeers to Will & Grace
for an alternate-reality reunion. We all know the titular BFFs were estranged for 20 years after the show’s 2006 finale, so seeing Debra Messing, Eric McCormack, Sean Hayes and Megan Mullally back in character for a special present-day election episode makes as much sense as, well, this election. Regardless, it’s Will & Grace — we’re still with them.