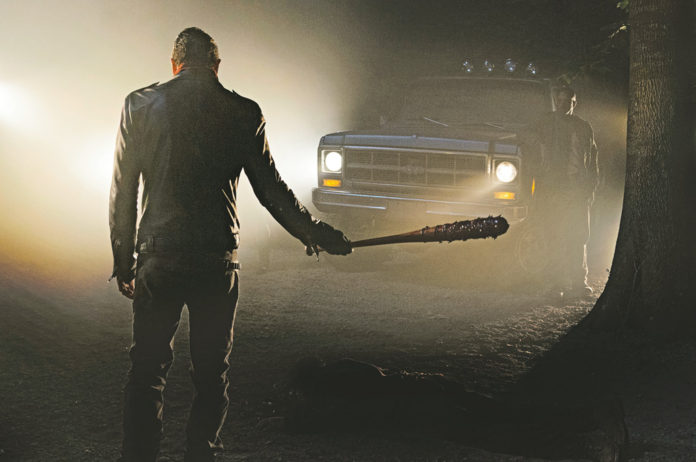 Jeers to The Walking Dead
The only thing worse than the murder-porn deaths of Glenn (Steven Yeun) and Abraham (Michael Cudlitz) was how damn long it took for Negan (Jeffrey Dean Morgan) to even take the first swing. Walkers move faster than that episode.

Cheers to Lady Gaga
for her high-octane Carpool Karaoke. More than a perfect illusion, the showy singer was shockingly funny and vocally flawless while cruising around with the Late Late Show‘s James Corden. Applause, applause, applause.

Cheers to How to Get Away With Murder
for its secret weapon. Tormented by a dark past and dreadful taste in guys, Liza Weil’s brittle, bitchy Bonnie kills it in every scene she’s in and has us loving Annalise’s (Viola Davis) bestie…even at her murderous worst.

Jeers to Scream Queens
for two of its cruelest cuts. Scene stealers Niecy Nash and Glen Powell both get knocked off by the Grean Meanie, yet Abigail Breslin’s insufferable Chanel No. 5 gets to live? Kill us now.