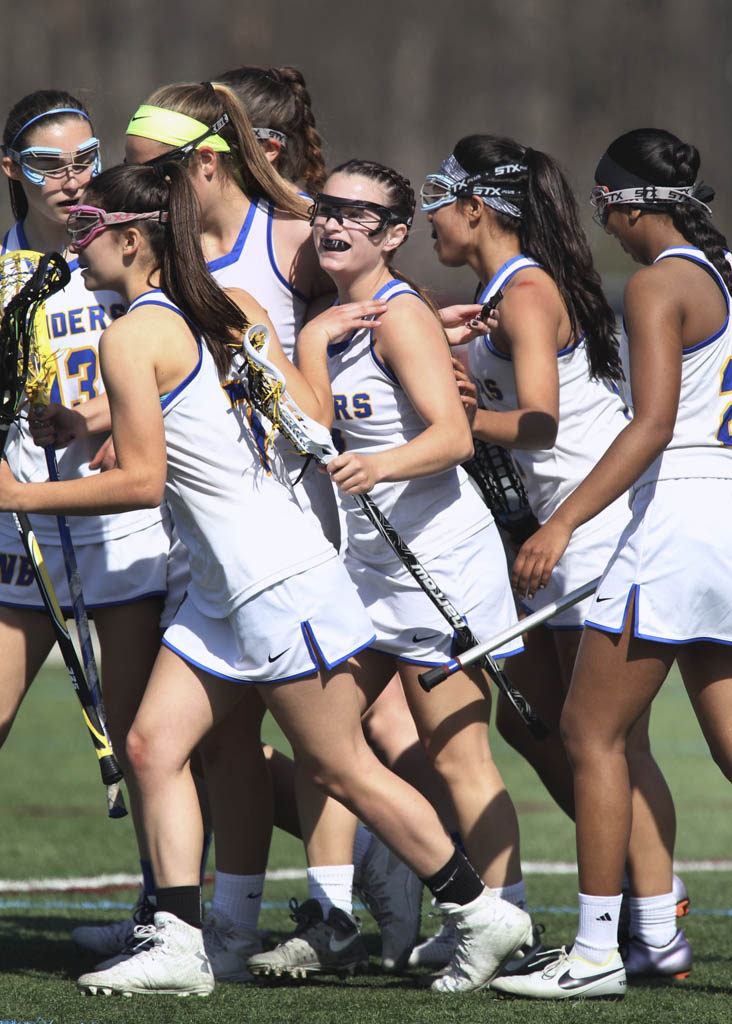 The visiting Lady Vikings built up a 9-5 lead at halftime and appeared on their way to victory. The Raiders, however, had other thoughts and a valiant rally fell just short as South Brunswick netminder Dakota Apicella turned aside 13 shots. North Brunswick could not overcome a balanced offensive performance by the visitors that saw Jill Grzelak score four times, while Brianna Gonzales and Lindsay Szucs both notched hat tricks.

Tucci, who will play for Wagner University next year, has been making a habit of passing milestones. Earlier in the campaign, she picked up her 300th career point with a four-goal, six-assist performance in a victory over John P. Stevens High School. The senior leads the Raiders in scoring with 34 goals and 15 assists this spring.

North Brunswick, which won the Greater Middlesex Conference (GMC) Tournament title for the second time in three seasons last spring, is again looking to peak come tournament time. The Raiders are 1-2 in GMC play, with the win against J.P. Stevens and the other loss a 10-8 final against Old Bridge High School. North Brunswick has also defeated North Hunterdon High School and Robbinsville High School — both non-divisional foes.

The good news for the Raiders is that the offense is heating up, giving opponents more to worry about than Tucci. Oake is another strong presence in the middle with 19 goals and 13 assists. Up front, sophomore Hayley Greenberg has provided 14 goals, and junior Elena Vargas has six tallies to her credit.

The coach is confident that her youthful backline will continue to improve as the players gain more varsity experience.

South Brunswick, meanwhile, followed up its win over the Raiders with a convincing 18-5 win over East Brunswick High School April 13 to raise its record to 5-1. Midfielder Shannen Sterner scored six goals to raise her season total to 23 tallies — tops on the team. Haley Konopka added a pair of goals and three assists to the winning effort.

Coach Sean Edwards’ team was scheduled to welcome Old Bridge to the township April 18, with J.P. Stevens in town April 20. South Brunswick will travel to Hightstown High School April 21 for a non-division match.

Over six games, the Lady Vikings have posted 76 goals, while allowing just 36 goals against. The balanced attack includes Gonzales and Amanda Palumbo, who have scored 12 and 11 goals, respectively. Szucs has eight goals and Grzelak has posted seven tallies.

“Our goal is to get and maintain possession of the ball and work for high percentage shots,” Edwards said.