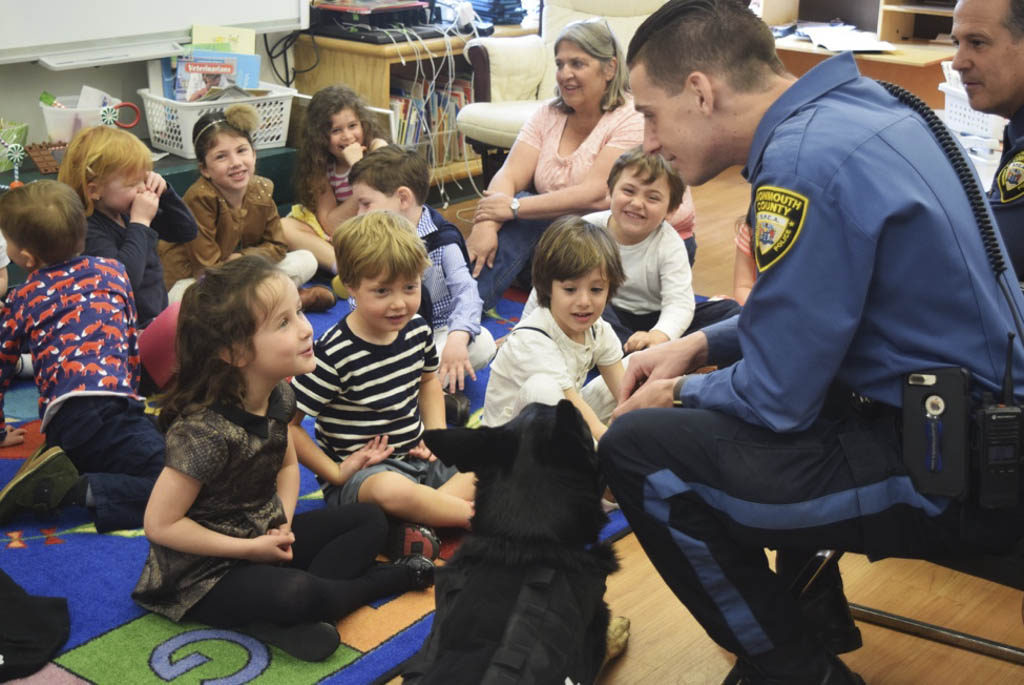 RUMSON- A seventh grader from the Rumson Country Day School (RCDS) continues her mission to help support the SPCA.

According to a press release from the school, the student council held a fundraising casual dress day on April 12 to benefit the Monmouth County SPCA. Students donated $5 to participate in the casual dress day and were asked to wear orange to raise awareness for the cause.

The total raised for the day was $1,600, according to the press release.

The spearhead to the event was seventh grader Sheridan Sainato,13, who was recognized by the SPCA  for her volunteer work.

“My goal was to raise awareness among the RCDS community, specifically among younger students, who may not be of age to volunteer yet,” Sainato said. “There are a number of ways people of all ages can support the Monmouth County SPCA and it starts with spreading the word.”

During an interview, Sainato said that she felt the need to help organizations such as the SPCA when she was younger.

She said she has independently raised money for other organizations such as the FoodBank of Monmouth and Ocean Counties and St. Jude Children’s Research Hospital.

The release reported that on the day of the fundraiser, Chief Ross Licitra and Officer Brian Becker from the Monmouth County SPCA visited RCDS students with their dog, Hunter, in tow.

According to the release, Hunter, now a certified therapy police dog, was adopted when he was two months old by Becker and trained to provide comfort to various members of the public, typically in hospitals, retirement homes, and schools.

Licitra and Becker addressed students in the classroom and at the RCDS Upper School assembly to create a better understanding of the Monmouth County SPCA and its mission to protect and advocate for all animals by enforcing animal cruelty laws, providing a safe haven for homeless, abused and abandoned pets and facilitate adoptions, according to the press release.
“It is our job as humans to cultivate the humane treatment of animals and to treat them the way they deserve,” Licitra said during his presentation.

The assembly was followed by a lengthy question and answer session. Sainato said she was thrilled with the response from her  schoolmates.

“Several students have approached me since the assembly to learn more about getting involved,” Sainato said. “It warmed my heart to know that the visit made such an impact.”

Sainto said that she would like to become a doctor one day.

“I would love to attend the University of California in Los Angeles (UCLA) and study medicine. I would like to become a doctor who works with babies or maybe a type of surgeon so I can help people,” Sainato said.

Sainato said that she will keep moving in her attempt to assist the SPCA.

” I am brainstorming new ways to raise money and to get the community involved. Getting the student council at RCDS involved was a step in that direction,” Sainato said.

The student council supervisor, Tony Iannacone, said that the students are eager to lend support.

“As part of this ongoing effort, RCDS students regularly participate in hands-on activities that support local programs such as the MCSPCA, The Jacqueline M. Wilentz Breast Center, Bridge of Books, Holiday Express, Lunch Break, and more,” Iannacone said. “We are committed to raising socially-aware and compassionate students.”

“We are so proud of the combined efforts of Sainto and our student body as a whole,” the RCDS’s Head of School, Whitney Slade, said. “Kind, honest, respectful and responsible are four qualities of character that are foundational to the RCDS experience.”

“Seeing our students embody these characteristics and devote their energy to serving our community inspires us as mentors and educators,” Slade said.