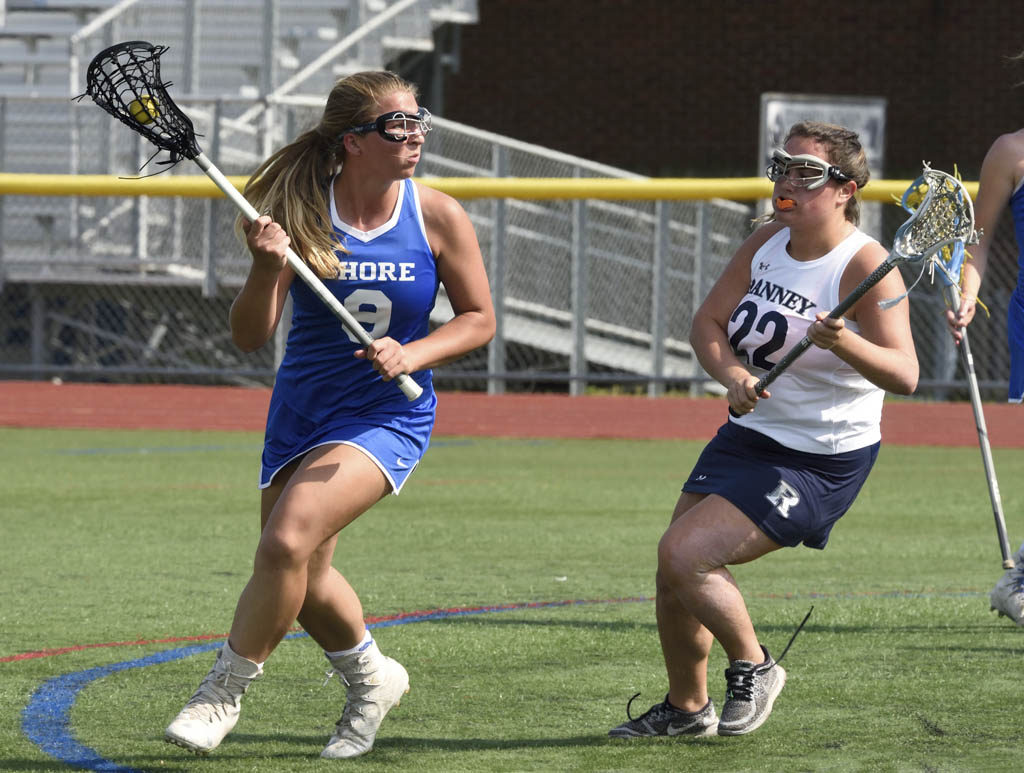 The Blue Devils have called on underclassmen to be key contributors, and they have risen to the occasion. Head coach Samantha Warner has seen the young Blue Devils improve their skills throughout the spring, while veteran players like Allie Reiser and Mary Kate George have led by example on the field.

After getting knocked out of the Shore Conference Tournament, Shore Regional was confident that it would redeem itself in the New Jersey State Interscholastic Athletic Association (NJSIAA) tournament. The No. 4-seeded Blue Devils were scheduled to play in the Central Jersey, Group I semifinals May 22 against top-seeded Mount St. Mary Academy.

“Knowing that we’re young, we’ve had some inconsistencies on the field, but we’ve had a ton of growth, too. I think we were right where we needed to be going into the state tournament,” Warner said.

Reiser, a senior midfielder, had a breakout game in the sectional quarterfinals, scoring five times in an 11-8 win over fifth-seeded Immaculata High School. Fellow senior Erin Rogers also jolted the offense with one goal and four assists.

Warner noted that Shore Regional’s defense has kept the team in games, crediting Santi’s work in the net and veterans working well with newcomers.

“We have a lot of size on defense, and all of my upperclassmen on the defensive end are very good communicators. They’re directing everyone where to go, where to pressure. They’re smart down there. That’s a big deal. I have a couple freshmen that play defense. When you have players that are able to direct everyone, that’s why I think we’re able to adjust so well to the other team,” said Warner, who’s coaching her first season at Shore Regional.

“She’s the kind of kid that gets fired up by mistakes. She’s a huge asset for us,” she said.

Warner added that Molly Santi “has stepped up unbelievably this year,” her first season as the team’s primary goalie.

As a young team, the Blue Devils continue to work on different parts of their game in hopes of extending their season. Shore Regional is focused on its midfield transition and moving the ball on offense.

“I would like them to take a few more risks. We’re very conservative on offense,” she said.

Shore Regional (12-7) had its sights on the sectional championship, hoping it could surprise some teams that might overlook a young squad like the Blue Devils.

“The one thing I’ve learned as a coach is anything can happen,” Warner said.