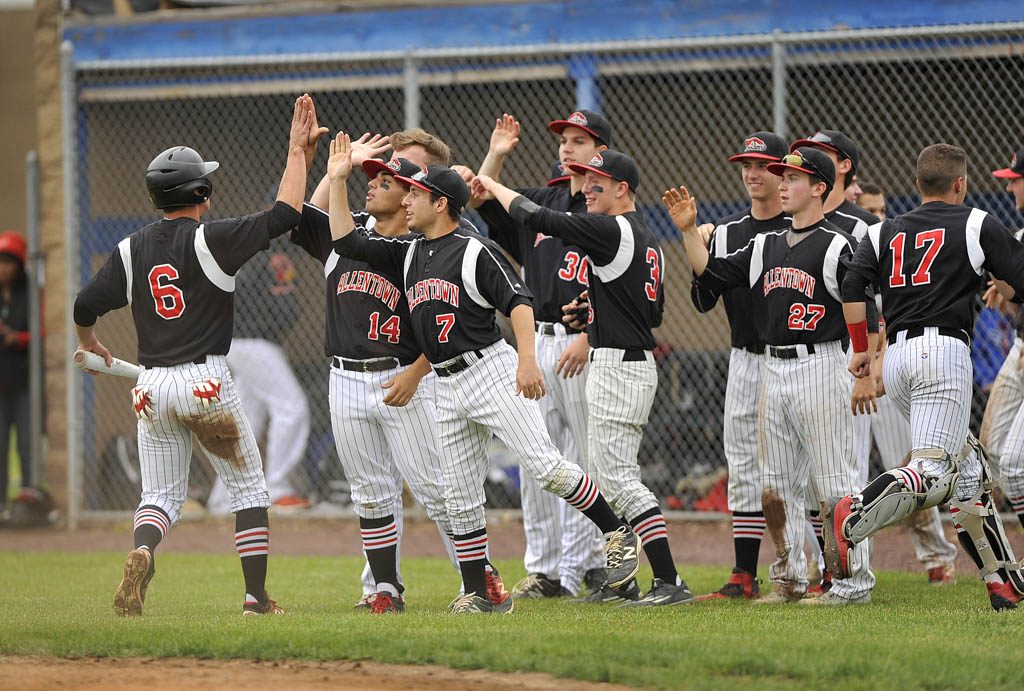 It took an extra inning of baseball, but Allentown High School was able to cap off its amazing season by winning the New Jersey State Interscholastic Athletic Association Group III championship game.

On June 10, Allentown defeated Cranford High School, 5-1, in eight innings. The game was tied, 0-0, at the end of seven innings.

Allentown catcher Chris Reader hit only his second career home run in the top of the eighth inning, giving the team the spark it needed, according to head coach Brian Nice.

“Once Reeder hit the home run, it took a little wind out of their sails and energized our guys,” Nice said. “As so often happens, we were able to put up some much-needed insurance.”

According to Nice, the team was undefeated in extra innings this season, and one game reached 12 innings earlier this postseason against The Pennington School in the Mercer County Tournament. Because of this, Nice believes his team had all the confidence in the world going into the eighth.

“We have been an amazingly resilient team all year long, and nothing really seems to faze this team,” Nice said. “When we headed to extra innings, there was really very little doubt in my mind we were going to figure out a way to win. My only question was whether it would take eight innings like it did or 12 innings as it had earlier on in our postseason. We were 5-0 in extra-inning games going into [the Group III title game], so our guys definitely felt comfortable playing extra baseball.”

Cranford was able to load the bases and had the tying run at the plate twice before pitcher Jimmy Frien was able to get a strikeout and a pop fly to end the game and seal the victory for the Redbirds.

“We score five in the top of the eighth, but we still had to get three more outs and those last three outs are never easy to get,” Nice said. “I have all the confidence in the world in Jimmy, but it was a little bit uncomfortable when they brought the tying run to the plate. That said, our guys have been in situations like that all year long and never once backed down. ”

The Redbirds finished the season with a 26-2 record and won the division title, county title and state title. This year was only the second time Allentown had won a state title. Nice was the coach of the 2008 team that won Allentown’s first state title, but he said this team was able to eclipse even that squad’s historic season.

“Like I told the guys after the game, it would be hard to argue that this was not the best team we have ever had in the long history of the program,” Nice said. “My 2008 team was 27-3 and won a state championship but fell short in the county tournament. This year’s team won every trophy they could have, from the division title to the county title to the state title.”