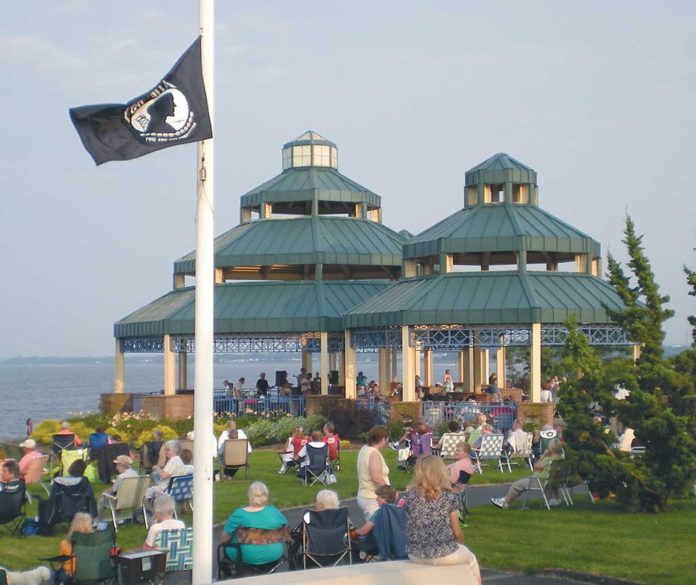 SOUTH AMBOY – An application that would construct a three-story, 46-residential unit at 611 Bordentown Ave. failed to gain enough votes for approval from the South Amboy Planning Board.

The site was home to the C-Town supermarket, which was destroyed in a fire in April 2015 and has been vacant since. C-Town opened in 2013, and was originally home to Frank’s Meat Market and became the South Amboy Foodtown in 1966. Superstorm Sandy forced Foodtown owner Edmund Packowski to shut down after more than 80 years.

Testimony for the application began in May and resumed in July before being voted down on Aug. 23. The applicant was represented by attorney Kenneth Pape.

Testimony in May stated that the application proposed 50 residential units and 100 parking spaces. Applicant Felix Bruselovsky testified the location would be for millennials and senior citizens: residents without children.

The residential units would be 50 percent one-bedroom units and 50 percent two-bedroom units on the second and third floors, with the first floor dedicated to parking. Parking would also be available near the residences with assigned parking per unit.

Access was proposed with a right in/right out driveway at Portia Street, Bordentown Avenue and Parker Avenue.

According to the planning board, the current variance states there should be 16 units per acre. The property in question is 1.357 acres, which means this property calls for about 22 units. The application proposed about 22,000 square feet of apartments on the second and third floor each. Each unit would have been between 710-1,050 square feet.

The site is currently zoned as a B2, which does not allow any residential development.

On Aug. 23, members of the public held signs asking the board to vote “no” on the application. A petition had about 100 signatures on it.

The board voted 4-3 to allow the residential use and construct multifamily units in the commercially zoned area. Chairman Robert Paulukiewicz, Holly Hughes, Darcy McCabe-Brew and Richard Moran voted “yes” to approve the application. Board members Mary Szaro, Tim Armbrecht and George Baranowski voted “no.” Since the application was for a use variance, at least five votes for approval were required for the application to pass.

“We’ve heard a lot of testimony from both the applicant and also from the residents in town,” Paulukiewicz said. “It’s very difficult what’s before us but as a board this is our responsibility to make a decision.

“We have searched out for commercial entities to take this property and that has not been successful.”

Despite voting in favor for the application, he said that 46 units were high for this property.

“I appreciate every single person that spoke,” McCabe-Brew said. “The land, for years, was used as a supermarket but I think in the present time it could be better served as residential.”

“I think the position of the property now and the layout does not meet the commercial needs that we would like to see now,” Hughes said. “I think the use of public parking would alleviate a lot of the pressure on the extension streets.”

“I’d like to thank the public for their time and participation and taking an active part by voicing their comments and concerns on this application,” Szaro said. “There was a lot to consider for this application. The question that carried the most weight is, will this advance the general welfare of the community and our residents? I am not convinced that it will so I will vote ‘no.'”

“We try to balance what we have currently in the city and what the residents desire to see what happens in their neighborhood,” Armbrecht said. “I agree with what Mary has to say and I vote ‘no.'”