The teams were battling in a scoreless tie in the second half when East Brunswick’s resiliency paid off.

Second-seeded East Brunswick struck first when freshman forward Madison Mandleur managed to sneak a shot behind senior goalkeeper Angela Miele of South Brunswick, which was the No. 15 seed. The Bears scored again with a little more than four minutes left in the game when Nicole Unangst connected off a rebound in the box.

East Brunswick coach Kevin Brady credited South Brunswick’s defense, which stymied the Bears for a good part of the game.

“We struggled a bit with our pace of play,” Brady said. “South Brunswick did a great job of man-marking us and kind of forcing us to move more aggressively than we like to move. We like to organize our space and play into space and use up a little bit of a zoning approach. I think they were able to frustrate that defensively. I thought our movement was better as the game went on, and I think we were able to create some diagonal runs to unlock their back a little bit, just to get some shots on goal.”

Brady understood the South Brunswick defense forced a lot of tougher shots than usual. East Brunswick managed to fire off 15 shots on goal for the game.

“We did get some decent shots on goal,” the coach said. “We had some hard ones too, but we got at least a dozen shots today. But that’s soccer. Sometimes you need a dozen shots just to get one or two of them to go in.”

Mandleur liked that the team was able to play through the frustrations of the first half.

“I think that our team does a good job of working together,” she said. “When we are down, we do a good job of bringing the positive energy needed to keep going. Also, we did a good job of hitting the ball over the top and getting good chances. We just didn’t finish them all today.”

The rivals played to a 1-1 tie, and the schools were declared co-champions of the tournament.

For Old Bridge, it was the first GMC girls’ soccer tournament title in school history, while the Bears have won a total of 20 championships — the most in the event’s history.

According to Brady, the Bears were hit with injuries during that championship game. Three players, including Mandleur, were hurt during the game. Although Mandleur was able to come back for the game against South Brunswick, teammates Kayla Flynn and Izzy Martillo have not yet returned to play. Brady fears Flynn could be out for months.

“In our last game, we had a lot of players injured in the GMC finals,” Brady said. “So we had a number of different players in different positions to fit those needs. I think that day by day, we’re going to grow more comfortable in some of the new roles. And I think that positivity and energy is going to be the real focus moving forward.”

Mandleur hopes the team doesn’t let the injuries or any other distractions hinder the Bears’ chances of winning.

“I think that we have to do a good job of calming down and not worry about anything going on outside of the field,” Mandleur said. “[We] just [need to] focus on the task at hand.”

Brady and Mandleur believe that they have to focus on the next game.

“You can’t win four games before you win one ball in game one first,” Brady said. “The good teams are able to focus on the moment right now and conquer that first. We’re going to have to do that in order to keep winning.”

While the state playoff loss to East Brunswick ended the season for the Vikings, South Brunswick coach Beth Barrio loved how hard they played.

“I think that coming into this game, it was a No. 2 seed against a No. 15 seed game,” Barrio said. “Typically, that’s usually a very easy game … But the girls came in and played hard, and we tried our best to keep it from being that kind of matchup. I think they played hard the entire game, and East Brunswick really had to earn their goals today. They made the first round a tough outing for sure.”

“It may have been a loss, but we definitely tried our hardest and pushed it as hard as we could,” Miele said.

For Miele and the other seniors, the loss was the last game of their high school careers. Miele wanted the younger players on the team — especially the goalies, who will be competing for the starting spot next year — to use this year as a learning tool.

“It’s all about confidence,” she said. “To play at this level, that’s something you definitely need to be successful. If they come in with that, they’ll be fine.”

Barrio praised how Miele grew in just her one year at the varsity level, stating that Miele learned a lot of lessons along the way.

“It’s great to hear her talk about confidence and all of that stuff because that’s some of the things that she had to learn this year: confidence and being aggressive,” Barrio said. “She’s such a nice girl, and she’s soft spoken, and that’s what we love about her. But at the beginning of the year, we had to push her to be more vocal and more aggressive out there. Now, she’s truly a great leader on our team. We’re going to miss her.” 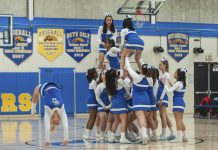 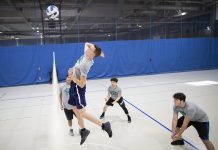 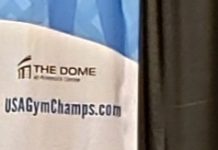 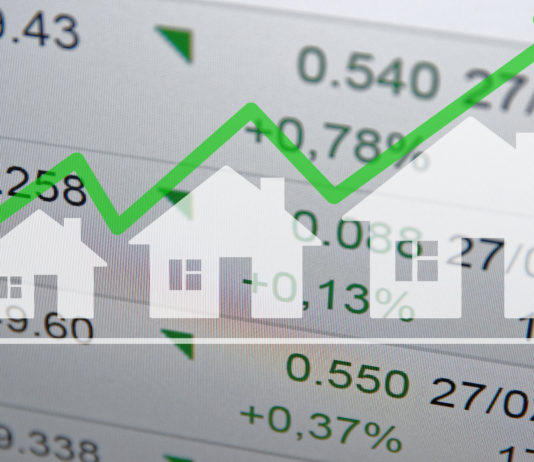