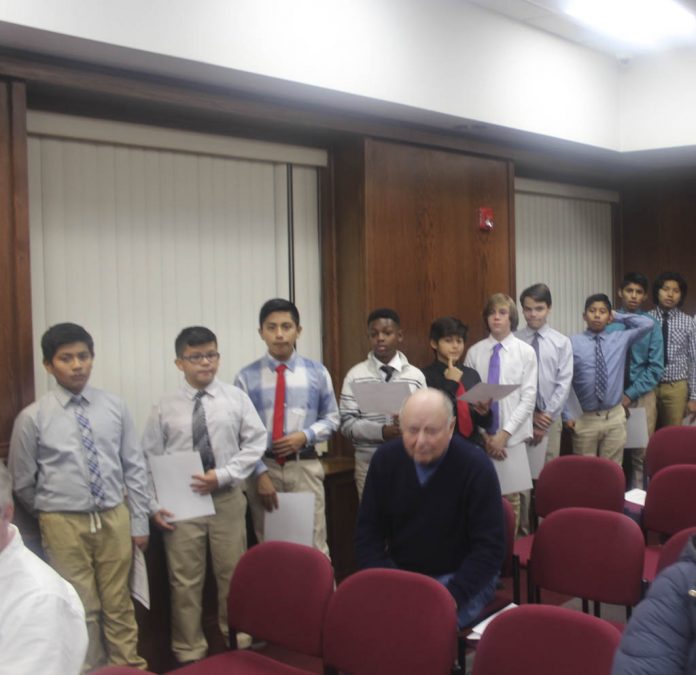 According to the council, any place of public accommodation that plays any music, whether pre-recorded or live, for the entertainment of its guests or invitees, must close all windows, doors and exterior openings and cease all exterior transmission or broadcast of such music at 11 p.m. Sunday through Thursday and at midnight on Friday, Saturday and days preceding recognized federal holidays.

The change essentially applies to music venues, whether airing prerecorded or live music.

The ordinance is not applicable to any houses of worship while conducting religious services.

According to Mayor Pasquale Menna, residents have complained to the borough about noise that occurs during certain hours at night.

“A lot of people move into town and they know that there is going to be some noise, [but] they still want some peace and quiet after a certain hour, like 11 p.m. So, this makes it easier for the borough to enforce it,” he said. “This small change essentially makes it appropriate for a private citizen to also file a complaint based upon that, instead of somebody that would have to take decibel readings and levels of a disturbance as to whether or not it is obnoxious.”

The ordinance also applies to the excavation, demolition or building of structures from 7:30 a.m. to 6 p.m. on weekdays, including Saturdays, except in the case of urgent necessity, according to the council. With a permit from the director of Public Works, emergency work can continue for a period not to exceed three days; the permit can be renewed.

The prohibition does not apply to routine maintenance and minor repairs from 7:30 a.m. to 6 p.m. Sunday, according to the council agenda.

In relation, pile drivers, steam shovels, pneumatic drills or hammers, derricks, steam or electric hoists or other loud appliances can only be used from 7:30 a.m. to 6 p.m. Monday through Saturday.

The ordinance went into effect upon its adoption on Nov. 29.

In other news during the meeting, the council approved a resolution authorizing a collective negotiation agreement between the borough and Communication Workers of America Local 1075 Blue Collar and White Collar/Clerical employees for 2017-20, according to Borough Clerk Pamela Borghi.

In addition, the council honored the Red Bank Middle School boys soccer team for winning the Shore Athletics League championship for a second year in a row.

During the meeting, Councilman Erik Yngstrom, Councilwoman Kathleen Horgan, and Menna gave each player a certificate of recognition.

“Me and Coach John Adranovitz are very pleased with the season in general because of the level of character that they showed throughout the season. We always preach sportsmanship and they always demonstrate it and we have always demonstrate student-athletes first,” Coach Isaac Nathanson said. “So, for them to be able to participate, they had to take care of the business in the classroom and most of our kids are either honor roll or high honor roll. … We challenged them each and every day by always making them do their best in the classroom and out of the classroom.”