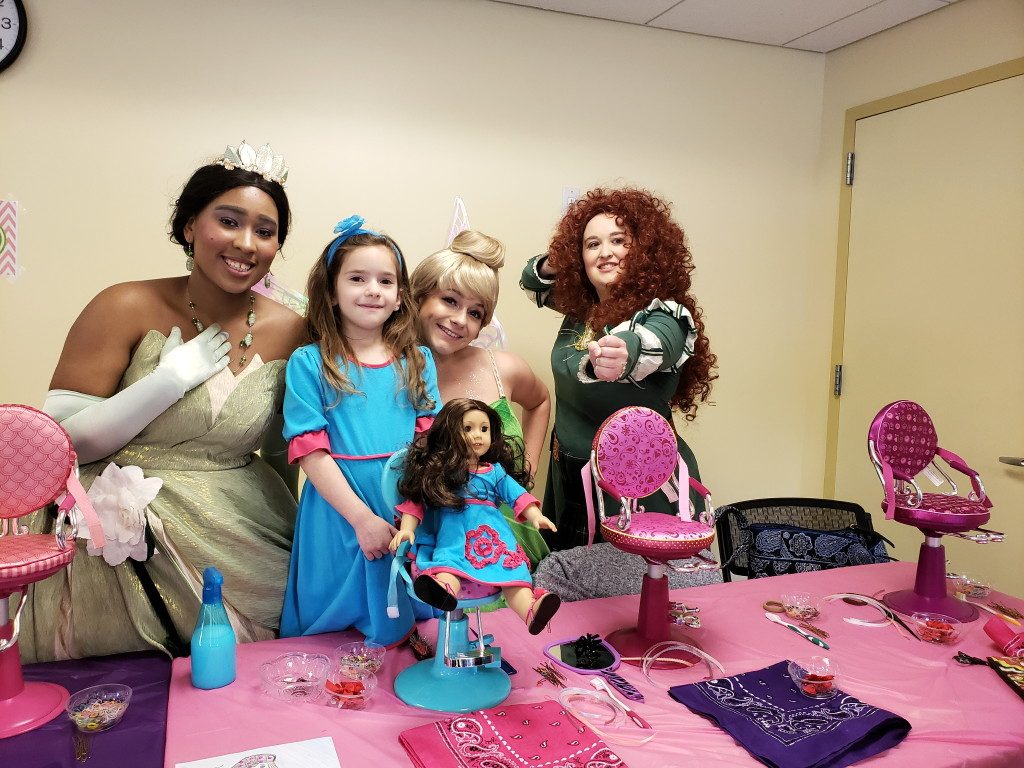 Avery Moskowitz, second from left, held a fundraiser to benefit the organizations that helped her while she battled cancer. Pictured are Niasya Timolien as Princess Tiana, left to right, Jennifer Demaio as Tinker Bell and Katherine Corini as Princess Merida of DunBroch.KATHY CHANG/STAFF
× 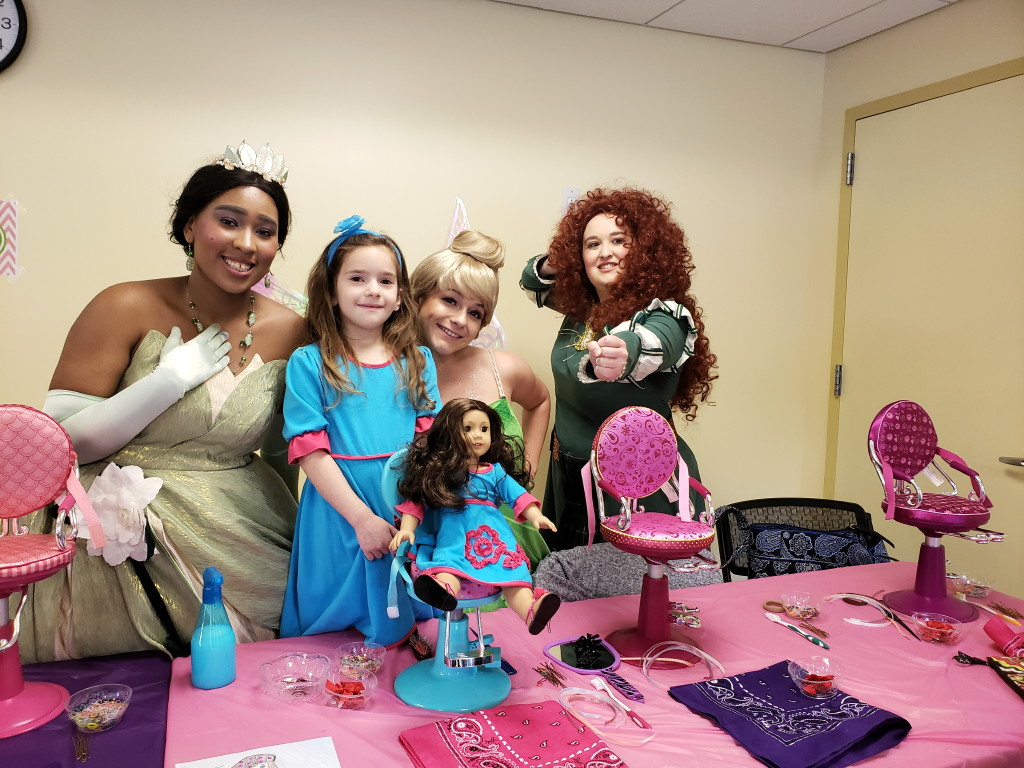 Avery Moskowitz, second from left, held a fundraiser to benefit the organizations that helped her while she battled cancer. Pictured are Niasya Timolien as Princess Tiana, left to right, Jennifer Demaio as Tinker Bell and Katherine Corini as Princess Merida of DunBroch.KATHY CHANG/STAFF

MONROE — Four nonprofit organizations helped uplift Avery Moskowitz and her family after she was diagnosed with Stage 4 neuroblastoma five years ago.

To repay their help, Avery, who is now 8 years old and a second-grader at Mill Lake Elementary School in Monroe, held a fundraiser for A Moment of Magic Foundation, Friends Are By Your Side Wigs and Wishes, Love Holds Life Children Cancer’s Foundation, and Dr. John M. Maris’ Laboratory for research at the Children’s Hospital of Philadelphia (CHOP).

“I feel really happy,” Avery said during the fundraiser, held at the Monroe Community Center on May 12.

A Moment of Magic allows college-age students to volunteer at children’s hospitals and social service institutions to provide creative programming. Friends Are By Your Side grants wishes to children and women in need. Love Holds Life Children Cancer’s Foundation assists families financially when they are battling cancer.

Avery was surrounded by family members and friends, including her mother and father, Shara and Seth, and grandmother, Annette Kovitz.

Shara said her daughter always wanted to give back to the organizations.

“She said, ‘Mom, I want to do this,'” Shara Moskowitz recalled.

Avery was diagnosed with Stage 4 neuroblastoma on Aug. 6, 2013. A cancer was found encompassing Avery’s organs.

“It starts in the adrenal glands,” Shara Moskowitz said. “Sometimes one can outgrow the cancer.”

Once diagnosed, Avery went through a whirlwind of treatments, including six rounds of chemotherapy, 28 rounds of radiation, multiple blood transfers, stem cell research and immunotherapy.

Five years later there is no evidence of the disease; however, Avery has to go through tests every six months at CHOP, Shara Moskowitz said.

Seth Moskowitz said with all his daughter has been through, she has a big, loving, caring and compassionate heart.

“She has lived more of a life than other kids her age and she still finds it in her heart to be outgoing and to carry on empathy for other children,” he said.

Lisa Damore of Monroe said she met Avery when the youngster was 3.

“I think it’s amazing she wants to give back to all those who have done so much for her,” Damore said through tears. “She is living and leading her life through service. It’s great to see where she came from and where she is today at such a young age.”

Kylee McGrane, who founded A Moment of Magic Foundation in 2015, said volunteers with the foundation have a special place in their hearts for Avery.

“I think Avery wanting to give back to our organization solidifies the impact of what we do,” she said.

McGrane said she wanted to work in a pediatric hospital.

“I was sitting at home in Pennsylvania and someone pointed out that I looked like Elsa (from Disney’s ‘Frozen’],” she said. “It became my outlet into the hospitals and it grew from there.”

The organization now has chapters in 16 colleges and more than 500 volunteers.

The characters from A Moment of Magic Foundation who were at the event in Monroe included Katherine Corini dressed as Princess Merida of DunBroch from the Disney Pixar movie “Brave,” Jennifer Demaio dressed as Tinker Bell, and Niasya Timolien dressed as Princess Tiana from Disney’s “The Princess and the Frog.”