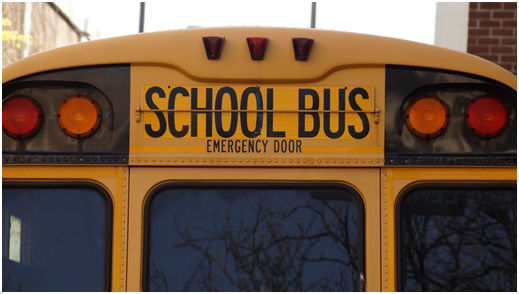 What Do We Know About The East Brook School Bus Crash?
×

What Do We Know About The East Brook School Bus Crash?

Advertorial
Mount Olive Township in New York was little known to the wider world, but all that changed on the morning of 17th May 2018, thanks to the horrific crash that occurred there between a bus carrying teachers and pupils of East Brook Middle School and a dump truck. Tragedies such as this are thankfully rare, but when they happen they touch the heartstrings of parents, not only across New Jersey but across the globe. Now, nearly a week after this horrific event, we have time to ask how the crash happened, and more importantly, what can be done to prevent something similar happening again.

What Happened On 17th May?

The East Brook Middle School pupils on board their yellow bus last Thursday morning were happy and excited, as they were leaving the confines of their classroom behind and heading out on a field trip. There were 38 pupils on board the bus, all aged 10 or 11, and with them were seven adults, one of whom was the driver of the bus. At 10:22 AM, the bus collided with a red dump truck belonging to Mendez Trucking, and so dramatic was the collision that the carriage of the bus came away from its chassis completely and only came to a halt when it collided with a metal safety barrier. Two other buses that set out from East Brook Middle School reached their destination safely and were at first unaware of what had happened to the third bus.

What Were The Results Of The Crash?

Tragically, there are already two confirmed fatalities from the crash, with 43 more suffering injuries, many of them serious. The first confirmed fatality was East Brook Middle School teacher Jennifer Williamson. 51-year-old Jennifer had been teaching at the Paramus-based school for more than 20 years, and she was much loved by pupils and colleagues alike as the many tributes posted on social media sites show. The second fatality was even more tragic, as the accident also claimed the life of 10-year-old pupil Miranda Vargas. Go Fund Me pages for both Jennifer and Miranda have so far raised in excess of a hundred thousand dollars.

What Caused The Collision?

The driver of the truck was himself injured, and a full investigation is still ongoing by Morris County police, but some details are beginning to emerge. It is said that the driver may have missed a westbound exit for Waterloo and attempted to perform a U-turn onto the eastbound carriage using a police turnaround point. Local automotive law experts Pearce Law believe that there are still many questions to be answered, but it is clear that the accident was preventable and that the loss of life could have been avoided. While those involved in the crash will need compensation for the physical and mental trauma they’ve suffered, it’s also important that lessons are learned and that the highways of New Jersey become safer for all.
The legacy of the East Brook Middle School bus crash must be that positive action is taken to ensure that such a collision never happens again and that drivers of all kinds of vehicle realize that state driving laws must be strictly adhered to at all times. One week on, the loss of Miranda Vargas and Jennifer Williamson is felt grievously across New Jersey; there is much we have yet to learn about the crash, but their memories will always be cherished.

What is Important to know About Creatine

What is a managed hosting and why does your business need it?