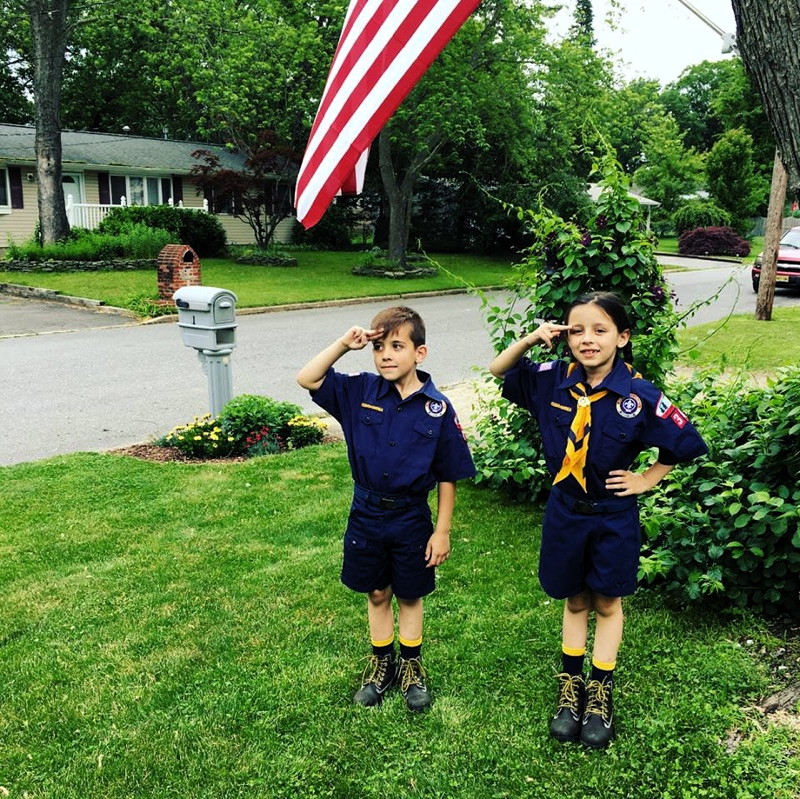 JACKSON – Girls can be Cub Scouts, too.

Jimmy Iannello, the Cubmaster of Cub Scout Pack 34, said the pack began accepting applications June 1. He said Pack 34 is the only pack in Jackson accepting girls.

“Six girls have already applied and registered (in Cub Scouts). I have about 12 who are in the process of getting their applications filled out and with that they are bringing their brothers with them as well because it is becoming a family scout pack,” Iannello said.

“The families that are coming are totally ‘this is the greatest thing that has ever happened’ and then you have other people who are like ‘Boy Scouts are Boy Scouts, Girl Scouts are Girl Scouts’ so (adding girls) has mixed reviews,” Iannello said.

He said he has had siblings involved in almost every pack event he has held.

“Basically, it was an easy change for me. Why not let (girls) enjoy the stuff their brothers can enjoy, like the Pinewood Derby?” Iannello said.

Usually the boys would build their Pinewood Derby cars and the girls could not race the cars because it was a Cub Scout event, but the pack would have a sibling race at the end of the day.

“So now (the girls) can build cars and race against their brothers and other scouts. They will be involved in actually competing with the boys on the same level,” Iannello said.

He said girls signing up is a “natural fit” since the young ladies, who are the siblings of the Cub Scouts, have been with him “all the time.”

“I always include them, I always make accommodations for them to enjoy themselves wherever we go (or whatever) we do. It is a natural fit for our pack, so I guess you can say we have been a family pack for years and now it is time they actually get to be part of it,” Iannello said. “The (girls) will get to (earn) the same awards, the same belt loops and patches and trophies, they get to enjoy everything on the same level.”

He said his daughter wants to do “outdoor adventures” such as camping and said the Cub Scouts are a good fit for her. He said he has “no ill-will toward the Girl Scouts, for some girls it fits perfectly and it is exactly what they want to do …”

Forman said he attained the rank of Eagle Scout as a Boy Scout and said he has been fully supportive of girls joining the scouts before his daughter ever showed interest because he had such a great experience.

“Allow them to have the same experience and programs I had. … I had such a great experience in scouting, not just for the scouting aspect, but for life lessons. I built friendships (who) I am still best friends with until this day, all through scouting. I learned so much about myself and everything else that I always wanted it shared with everybody,” Forman said.

Lorelei is a Wolf Scout and is one of the first female Cub Scouts in Jackson history.

“It is very exciting and I am very proud of her for wanting to be on the forefront of this,” Forman said.

He said Lorelei is excited and wants to have the best experience she possibly can. Her first official pack event was at the June 6 Zoning Board of Adjustment meeting, when the board considered an application from Pack 34. The Cub Scouts entered the room together and recited the Pledge of Allegiance at the start of the meeting.