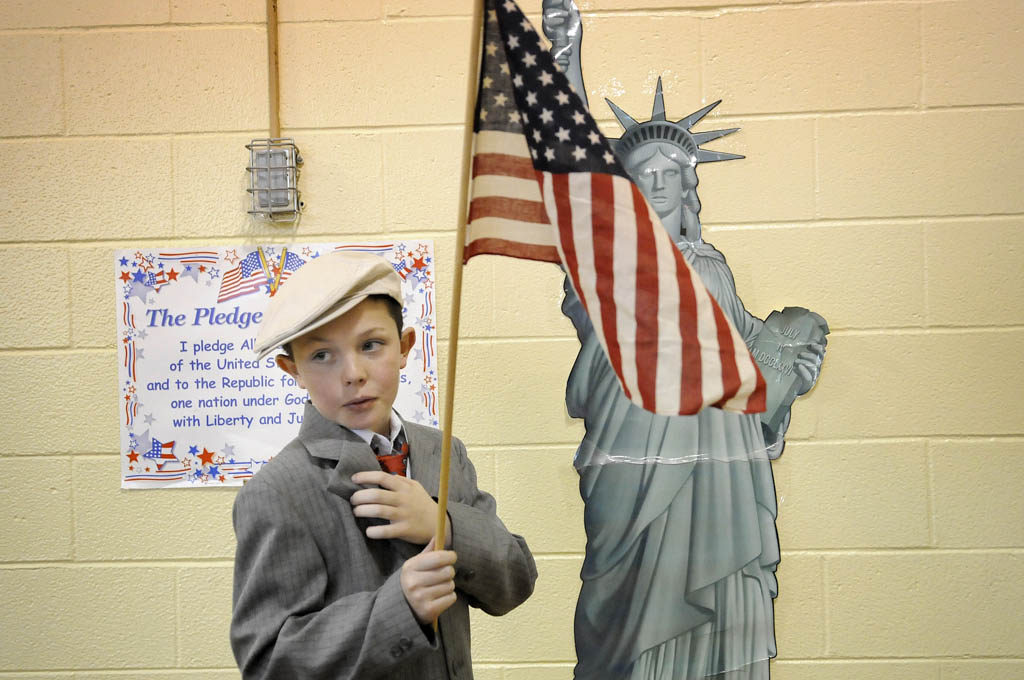 Once upon a time, a long time ago, there was a place called America. It was a vast wilderness between two great oceans. Some indigenous people, who lived off the land, inhabited it and there were no great cities or highways.

When explorers from the empires in Europe came here, they claimed portions of the continent for their king and paid the indigenous people with some trinkets for the rights to the land. The rulers of the European powers saw an opportunity to establish commercial colonies on “their” land so they began to dole parcels of the land out to friends of the crown. These lords, dukes and earls had communities or estates that were inhabited by peasants (more like slaves) who worked for the good of their lord or duke. These peasants, mostly farmers, tradesmen and fisherman, were selected to cross the Atlantic Ocean and colonize the New World.

These indentured people had an opportunity to become free landowners after a set period of time. It would be quite a struggle to clear land, build shelters and till the soil. But, they could envision the ultimate fruits of their labor. After a few generations the little hamlets they built became villages and the villages became cities; trails became coach roads and more people were arriving. Some towns became seaports. The Colonies were growing and sending back raw material for the industries of Europe. The royal houses of Europe were having wars with each other and the end result of which was that the colonies in America would become the British Colonies in America.

The king of England needed funds to pay his war debts, so he sent some royal governors and troops to the Colonies to extract more taxes from the populace. Suffice it to say that the Colonists did not appreciate the edicts of the king nor the actions of the people he sent to enforce them.

At this point, on Dec. 16, 1773, the American psyche exhibited itself as a group called “The Sons Of Liberty,” boarded British cargo ships in Boston Harbor and threw the cargos of taxable tea into the harbor. This event precipitated further hostile encounters between the British and the Colonists.

The hostility came to a head on April 19, 1775, when a troop of British soldiers marched on Lexington and Concord, Massachusetts, to capture the colonial militia’s munitions. The British troop met the local militia at the bridge in Concord. And, as Ralph Waldo Emerson eloquently penned, “By the ‘rude bridge that arched the flood, their flag ‘neath April’s breeze unfurled; there the embattled farmer stood and fired the shot heard ‘round the world.’

These events and the edicts of the king galvanized the 13 British Colonies in America, whose delegates decided that the Colonies should be a free and independent nation. After much debate and thought, The Declaration of Independence was written and signed on July 4, 1776, and sent to the king of England. The United States Of America was born.

The world watched apprehensively – could a nation grown out of the sweat of peasants and immigrants survive and govern itself? The world got quite a show. Yes, one time there was a wilderness place called America. Now it is called The United States Of America, the preeminent nation of the world. We got the European nations fat out of the fire twice. We freed oppressed people all over the world and put a man on the moon. Not so shabby for a bunch of peasants.

Richard A. Pender is the senior vice commander of American Legion Post 459 in North Brunswick. He writes the occasional historical column for Newspaper Media Group.

Opinion: Home of the Brave