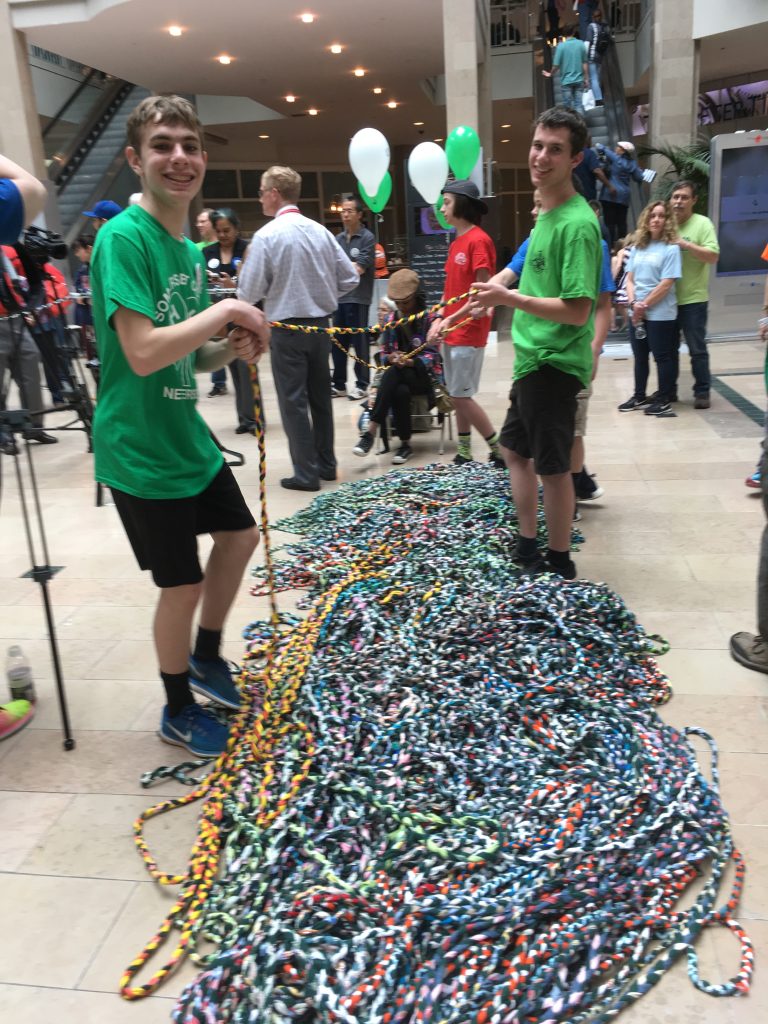 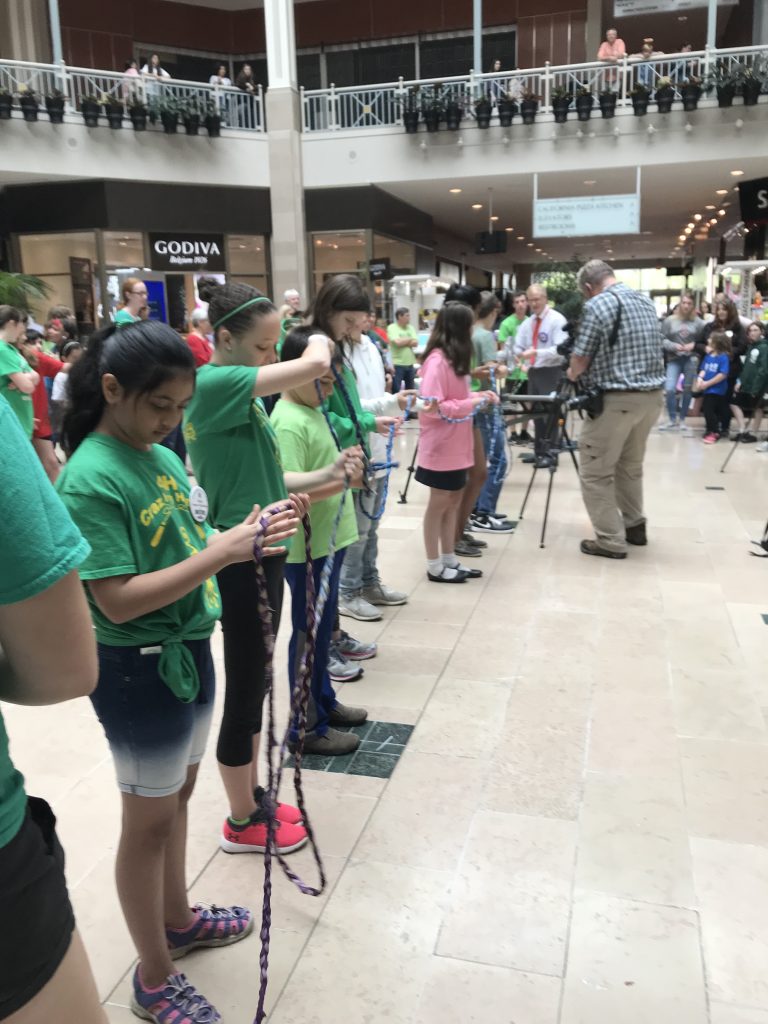 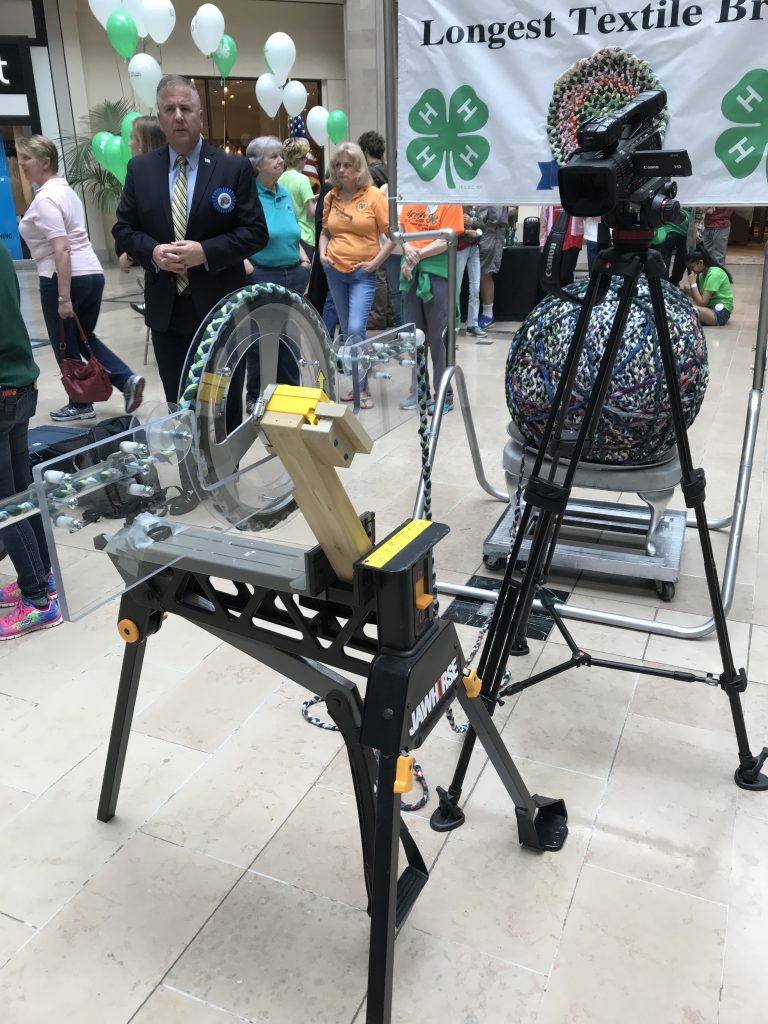 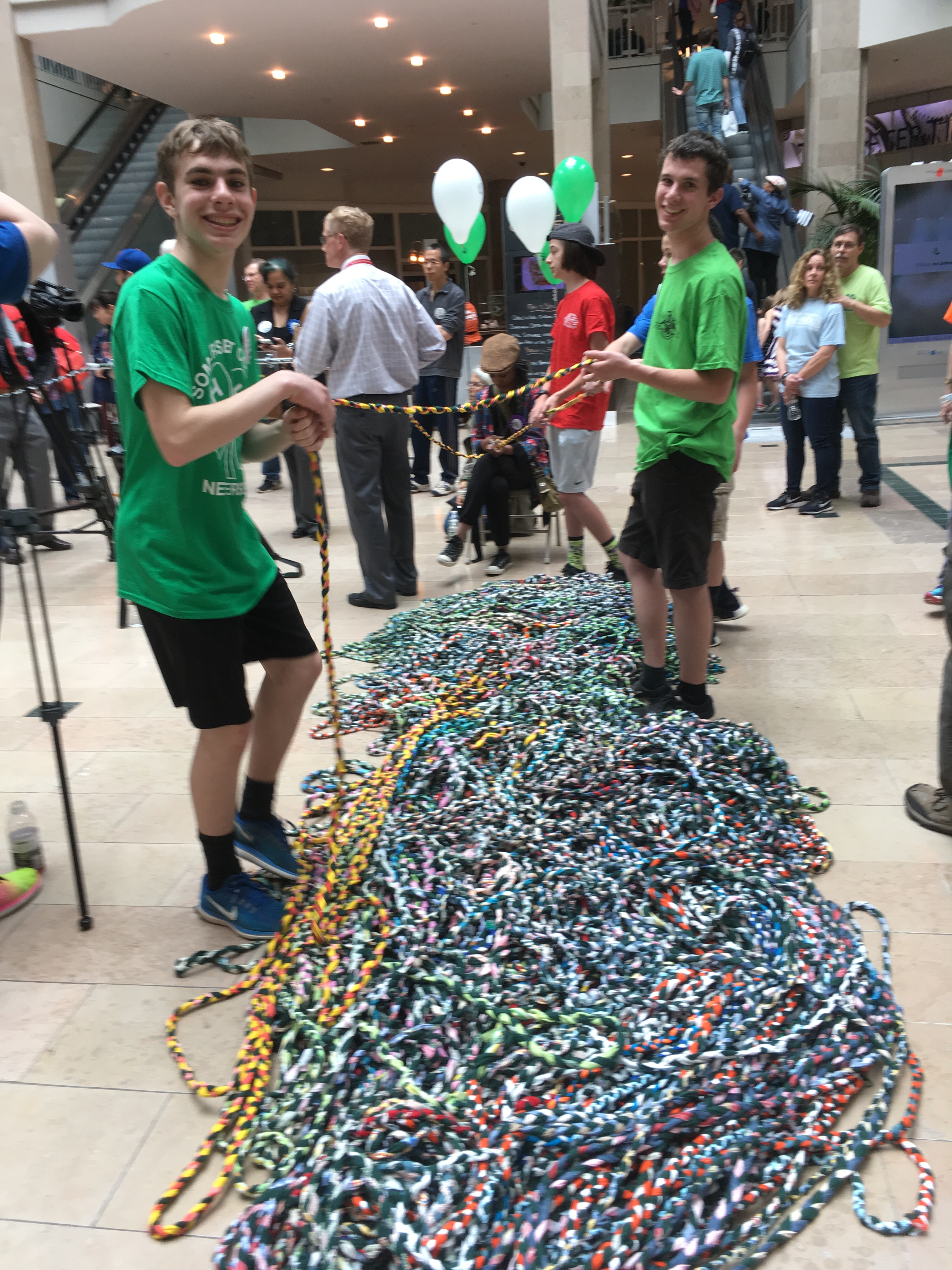 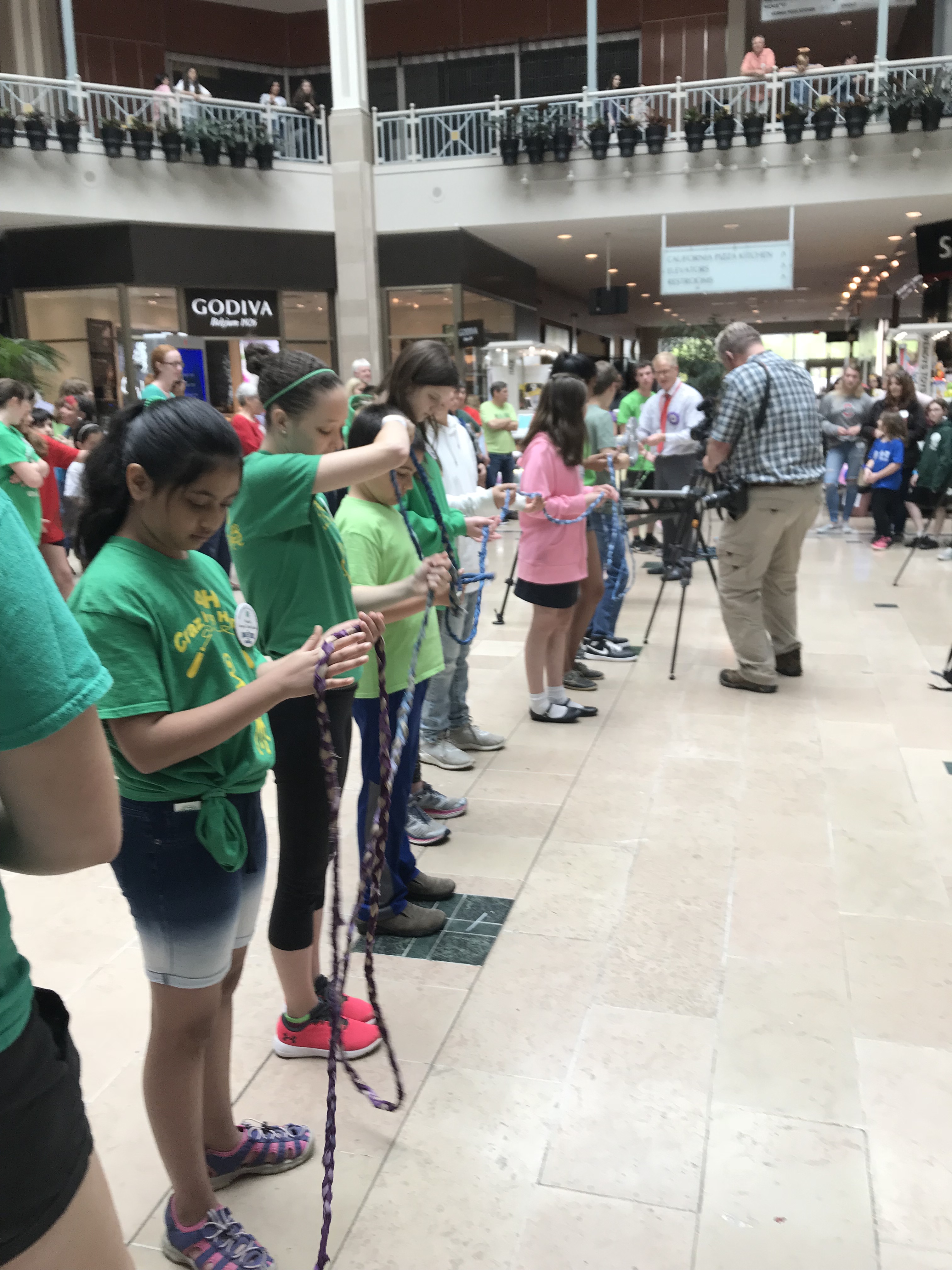 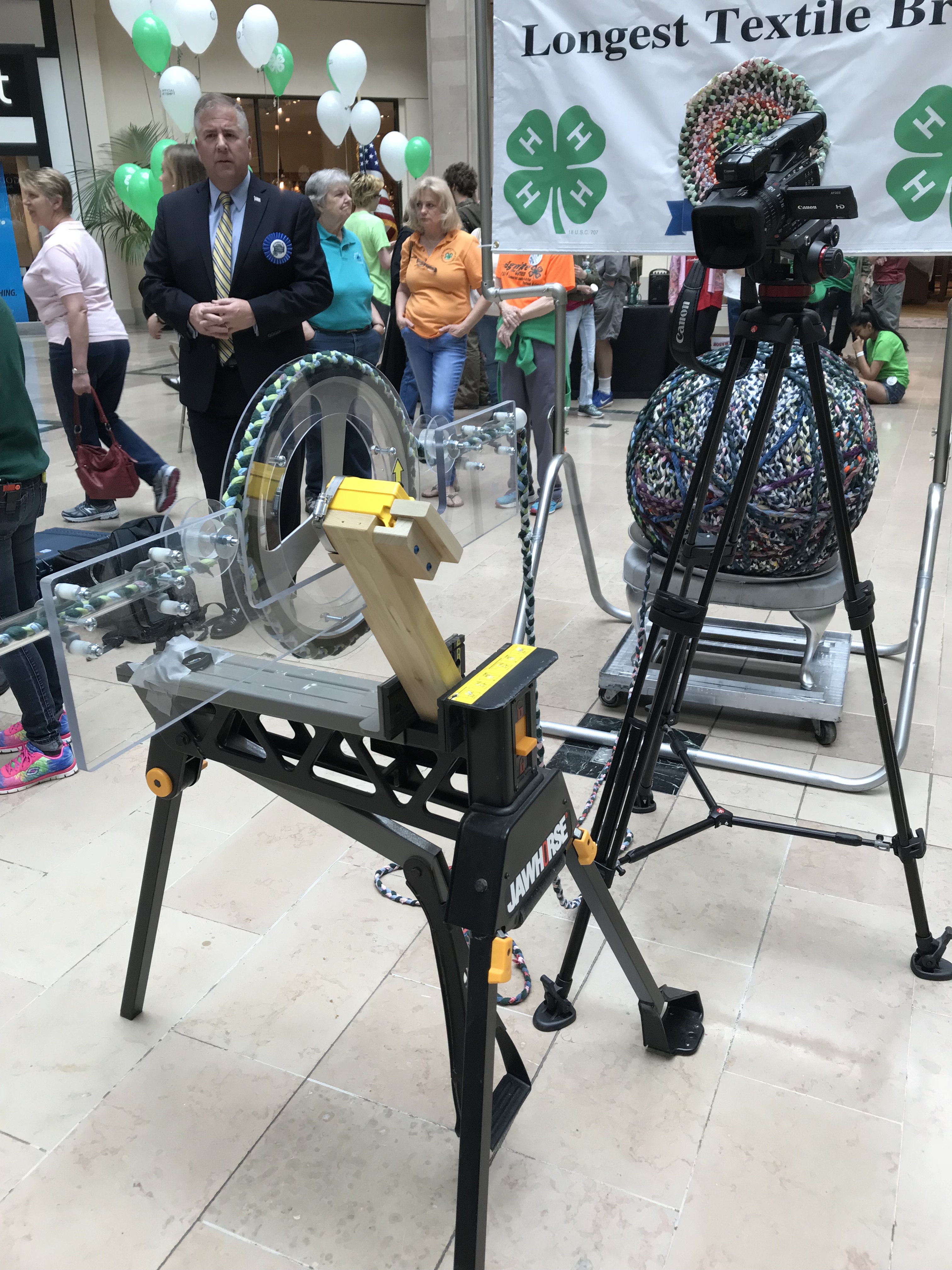 A nearly mile-long textile braid landed the Somerset County 4-H among the likes of the world’s tallest man and and the longest fingernails on a pair of hands, as they were certified as a record holder in the Guinness Book of World Records.

At 5,217 feet, the fabric braid was nearly double the length of a previously agreed to record of 2,625 feet and took the work of 200 4-H members and volunteers to complete the noteworthy project.

Sue MacCombie, a member of the Somerset County 4-H and leader of the Upcycle Club and Garden & Bee Club, came up with the idea back in 2011.

With her Garden & Bee Club members’ interest in pollinators, honey and maintaining the 4-H garden and her Upcycling Club working on turning unwanted items into works of art or practical items, MacCombie said the idea of creating a textile braid made sense if she wanted to get as many people involved as she could.

“We had all this material in bedsheets, shirtdresses, etc. and I thought it would be great to do something with it,” MacCombie said. “The kids love to braid, so it was a natural progression.”

For nearly six years, officials said MacCombie worked with representatives of the Guinness World’s Records to create the record, come up with a best course of action and establish how the 4-H was going to achieve its goal.

By late last year, the final paperwork was completed and submitted. MacCombie and her volunteers would have one year to complete their textile braid. Within several months, however, they had met the challenge and began exceeding it.

The official measurement ceremony was held back in May at the Bridgewater Commons Mall.

With the help of 4-H members and volunteers, the large ball of fabric was wheeled in for the Guinness licensed surveyor, Jeff Baldwin of the Somerset County Engineering Division, to measure the braid. A textile expert, Bridgett Artise, of Born Again Vintage and adjunct professor at the Fashion Institute of New York, was also on hand to inspect the submission.

In order to measure the braid, Frank Marusiak of the Somerset County Facilities and Services Department created a special device, which was tweaked according to Baldwin’s specifications. Somerset County Videographer Christopher Busch tracked the activity to send in as an official record to Guinness and Kala Sivasubramanian and Reid Kirby were the official outside witnesses.

Having been officially certified as a world record holder, the textile braid will be “on tour,” officials said, with its first stop was at the Information Tent of the Somerset County 4-H Fair and is now at the County Administrative Building in Somerville. On September 8 and 9, it will be at the Garden State Sheep Breeders Annual Sheep & Fiber Festival at the Hunterdon County Fair Grounds and the Bridgewater Mall in October.