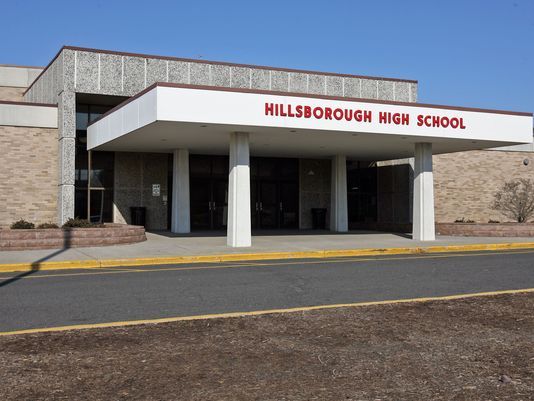 Voters could soon make a direct impact on the future of the Hillsborough Township Public School District, as officials consider putting a referendum before the general public that would address a laundry list of apparent facility needs.

During the Aug. 27 school board meeting, Superintendent Dr. Jorden Schiff outlined a number of areas that a potential referendum would cover, including capital improvements, facility upgrades and other areas of concern.

“What we’ve been doing is looking at short-term goals, as well as long-term goals, for our district,” Schiff said.

Among those potential goals include the establishment of full-day kindergarten and the construction of a new high school.

District architects recently determined that according to the state Department of Education Facility Efficiency Standards, Hillsborough High School is overcrowded. With a “relatively modest” enrollment growth of four percent over the next five years and the potential for more enrollment with the construction of more housing units in town, Schiff said the district needed to look forward at the high school.

“Frankly, you only have to walk through the hallways during movement times to realize [the school is overcrowded],” Schiff said. “We don’t know what new developments will come that will put additional children in our schools in the future.”

Another idea that came up as a result of the overcrowding issue was the establishment of “academies” in the high school that offer specialized programs for students. The idea, Schiff said, would be to break up the high school into different areas of interest, such as STEM, health care, law and language.

Schiff also said the school needs improvements in its arts and athletics facilities.

“Our auditorium right now doesn’t fit a full class easily, forget about four classes or two classes – it was created for a much smaller school,” Schiff said.

School board member Christopher Pulsifer echoed Schiff, stating that there needed to be work done to address the high school’s overpopulation issue.

“So much of this is more about the functional space that’s missing at the high school, whether that’s expanded lab space in the science wing or practice space and performance space for the arts program,” Pulsifer said. “The public should think about the fact that it’s not just about whether or not you have enough classroom space for your students.”

Over the last few months, officials said the district was working with Aramark and the district’s architects to determine what needed to be done. What came from those discussions was a list of projects at all nine schools, including sidewalks, paving, boilers, fire alarm upgrades, roofing, heating, water valves and HVAC upgrades.

Schiff said the district is also in the middle of threat and vulnerability assessments by state, county and local law enforcement officials. Recommendations from those assessments will be made to the school board in the coming weeks. Any potential security upgrades suggested by law enforcement could prompt additional budgeting and could also land within the potential referendum, Schiff said.

With most of the district’s debt expected to be retired over the next three years, and its overall debt limit at approximately $240 million, Schiff said the near future was the perfect time to look at large construction projects.

While officials know the referendum will be in the millions, those exact costs won’t be known until the architect to completes their application process for the project to the state Department of Education.

Along with the proposed facility work, officials said the potential referendum would cover aspects of the district’s strategic planning.

Last year, district work groups met and presented a number of findings about how students could be better serviced. Those suggestions included expanding the pre-school, REACH and foreign exchange programs. Another area of improvement that would require community support was full-day kindergarten.

According to Schiff, Hillsborough is part of the 15 percent of state school districts that don’t already have full-day kindergarten. That was a problem, he said, since the state’s student learning standards are based on that type of program.

“If we continue to look at half-day kindergarten, our students may be put at a disadvantage as we move forward,” he said.

In addition, full-day kindergarten made sense from a state aid perspective, since relevant calculations that determine how much aid a district gets is partially based on the number of students enrolled in kindergarten. Under a half-day kindergarten program, each student is counted as half a student.

“If we go to full-day kindergarten, then those children would be counted as full children in our state aid count and will help stave off some of that reduction in state aid moving forward,” Schiff said.

Last month, officials learned that the district was going to experience the loss of nearly a quarter of a million dollars in funding as a result of Gov. Phil Murphy’s state aid changes. Under those changes, the district was deemed “overfunded” by Trenton.

“We don’t feel overfunded, but that’s what they’re telling us – that we’re overfunded to the tune of $5.6 million…[that’s] not something that we can sustain any type of reduction like that. We can barely sustain a fraction of that,” Schiff said.

Schiff said the district was currently digging into its surplus to keep within the state’s guidelines – a move he called “unsustainable.”

“The two percent cap on the tax levy, coupled with flat state aid, has been very difficult for us to meet our needs, let alone grow particular programs,” Schiff said. “We have expenses that are outside of the board’s control that exceed two percent – and they’re not small. Those exceedances mean that we’re either cutting staff or programs or digging into surplus.”

Officials said they were looking forward to discussing the district’s needs and possible referendum with the public over the coming months.

“Ultimately, I want the public to understand, as well as the board, that everything we’ve proposed here is to the benefit of [the students],” Board President Judith Haas said. “A referendum could very well provide our kids with a superior learning environment. At least for me, that’s the number one priority.”