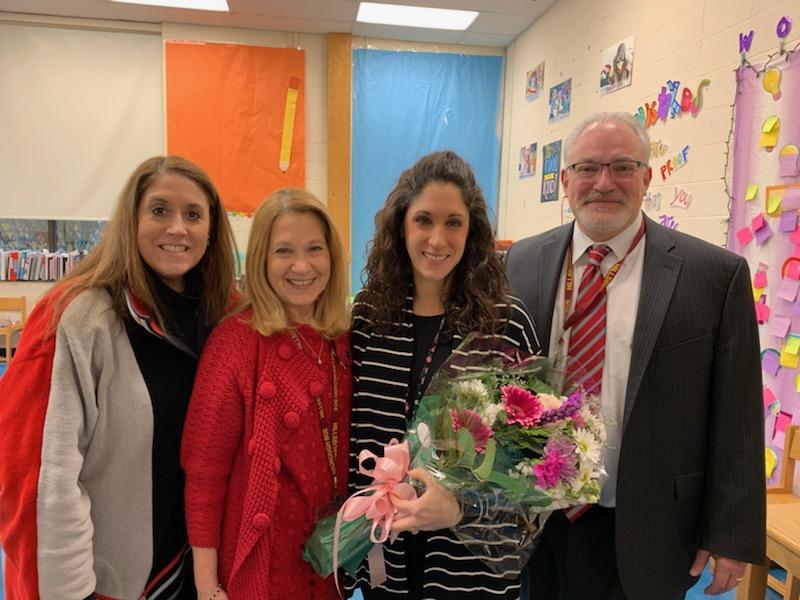 Lisa Caudill, a fourth grade teacher at Hillsborough’s Amsterdam Elementary School, was recently recognized on by the New Jersey Department of Education (NJDE) for her talents as an educator.

According to a statement from the Hillsborough Township Public Schools, Caudill “models the skills and character traits that she aims to teach her students.”

Amsterdam Elementary School Principal, Doctor Mary Ann Mullady said she believed that Caudill is a role model in the field of education and nominated her for the state recognized award.

According to the township public schools’ statement, “[Caudill] is a firm believer in the concept that children learn as much by our own actions as the lessons we teach. Caudill is a role model for her class, the Amsterdam student body, and her colleagues.”

School officials said that after a rigorous selection process, the NJDE agreed with Mullady and named Caudill one of this year’s exemplary teacher award winners from around the state.

School officials also said that the program looks to identify educators who exhibit exceptional teaching abilities through their instructional practices both in the classroom and beyond and whose contributions are worthy of recognition.

Officials said this award is aimed to honor educators who engage and inspire not only their students, but also their colleagues and school community as well.

Each year, the NJDE invites school administrators to nominate an outstanding educator in their building for this honor. The award winners alternate between elementary grades (PreK-5) and secondary grades (6-12) every year.

According to the NJDE, nominees must be mid-career professionals with at least five years of experience.

“Mrs. Caudill is an inspiration to her students, her colleagues, and the Hillsborough community,” said Doctor Jorden Schiff, Superintendent of Hillsborough Schools. “She is a remarkable educator whose passion for her students and her profession is unparalleled.”

According to a statement, “[Caudill] is an integral member of the school’s Character Education Committee, which aims to help students understand, care about and act upon such core values such as respect, kindness, and responsibility.”

Caudill also created and still leads the school’s annual Wigs for Kids hair donation program, which is now in its 16th year and is intended to get former students to return for this program and to donate their hair.

“Keeping this nomination a secret from Lisa may have been the most difficult piece of this nomination process,” Mullady said. “Filling out the application and describing all the amazing work that Lisa is involved in here at Amsterdam School was the easy part.

“Finding three additional administrators who felt the same and were willing to write letters of recommendation on her behalf was a snap. But managing this secret from a teacher who is so in tune with the students and staff at her school was tough. Lisa is not only an excellent educator but she is also a passionate leader whose genuine love and concern for the Amsterdam community is just one of the things that make her special.” 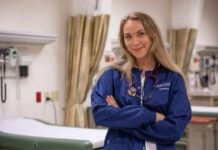 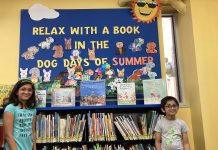 Library program listing for the Hillsborough branch of SCLSNJ