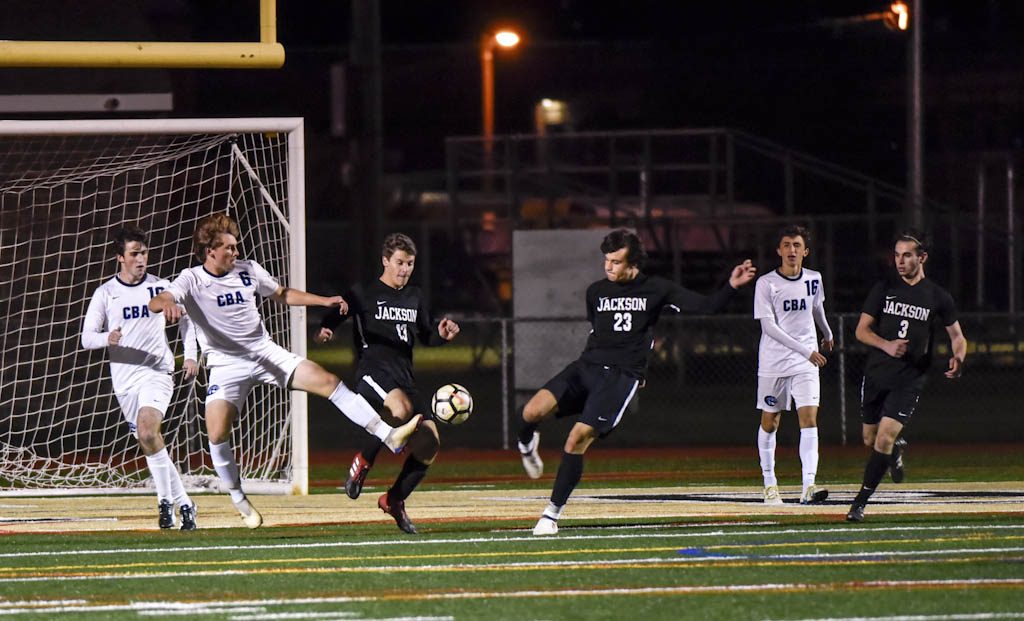 The Jaguars have won two straight Shore Conference A South Division titles. And in 2018, they went 15-3-1 and got all the way to the NJSIAA South Jersey, Group 4 sectional tournament final, losing to Washington Township High School, 2-1.

There is no reason why Jackson Memorial shouldn’t continue this strong run into 2019. Seven starters are back from last year, including all four starting defenders.

Jackson Memorial will open its 2019 season on Sept. 3 at Pinelands Regional High School in Tuckerton.

“We had a good year last year and we can maintain that standard,” said Jackson Memorial coach Steve Bado. “We should only need one or two goals a game because our defense is so good.”

Goalkeeper Nick Kinzler was also a big part of Jackson Memorial’s defense, as he was an all-state player in his own right. But Kinzler graduated in the spring and is now playing soccer for Wilkes University in Wilkes-Barre, Pa.

Replacing Kinzler won’t be easy, but it will be key to replicating last year’s defensive success. There are two prime candidates for the open spot: Charlie Harrison and Alex Furlong.

Whoever wins the job should have plenty of time to get used to varsity before he faces a deluge of shots, too. Jackson Memorial’s back four is good enough to stifle the average team in the average regular season game.

“As good as Nick was last year, other teams didn’t get a lot of shots on us,” Bado said. “We also didn’t give up many point blank shots.”

A bigger hole for Jackson Memorial is up front. After 2018, the team lost its top two scorers in Joe Schlageter, who graduated and is now playing at The College of New Jersey, and Dan Russo, who was supposed to be a senior this year but decided instead to play in the New York Red Bulls Academy, the youth system of the Major League Soccer team.

Russo, who scored 20 goals, and Schlageter, who connected on 11 goals, combined for 31 of Jackson Memorial’s 59 goals last fall.

“Those are very key losses. You can’t replace a guy like Dan. He was one of the best forwards in the state,” Bado said. “We have good players though.”

The coach is at least replacing his goal scorers with experienced varsity players, like his son, rising sophomore Steve Bado Jr., and another rising sophomore, Evan Walenty. That duo showed a lot of firepower during a summer showcase tournament at Gettysburg College from July 28-31.

Playing against high school teams from New Jersey, Pennsylvania and others, the Jaguars went 3-1 and scored seven goals in their three victories, with Bado and Walenty each scoring multiple times.

It was a very encouraging showing with the regular season about a month away.

The Jaguars’ first goal is win a third straight A South title.

“After that we’ll take it from there in the Shore Conference Tournament and in the state,” said Steve Bado Sr. “We’re right there.”