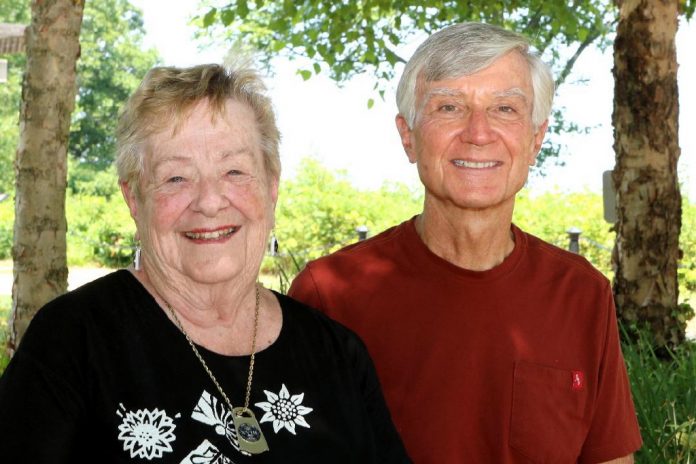 “Hidden History of Monmouth County,” authored by Rick Geffken and Muriel J. Smith, a collection of stories about Monmouth County people and places, will be in local bookstores Aug. 12.

The paperback book, the first co-authored by these two Monmouth County historians, is published by Arcadia Publishing.

Geffken has written several other history books focusing on different areas of Monmouth County. He is a regular contributor to the Two River Times and numerous other local and statewide newspapers.

Born in Jersey City, Geffken entered the ROTC program at St. Peter’s College, Jersey City, where he majored in mathematics and economics, and was commissioned a U.S. Army 2nd Lieutenant at graduation. He is the third generation of his family to serve in the nation’s military and served in South Vietnam as an aerial reconnaissance officer, according to the press release.

Geffken is a retired computer industry sales executive and former secondary school mathematics teacher. He is a past president and trustee of the Jersey Coast Heritage Museum at Sandlass House, trustee of the Shrewsbury Historical Society, and is a member of the Monmouth County Historical Association.

Smith, a native of Union, has lived in Monmouth County for more than 60 years and is a former newspaper editor with The Courier in Middletown and Forbes Newspapers in Somerville, according to the press release.

She is a former chairman of the Editorial Committee of the New Jersey Press Association, and an award winning journalist in news, investigative reporting and feature writing.

A graduate of Mount St. Mary’s Academy, North Plainfield, Smith is a former member of the Freehold Borough Historic Preservation Committee and a current member of the Monmouth County Historical Commission, as well as several local historical societies.

Smith was recently successful in having a Congressional Medal of Honor removed from a Pennsylvania college where it was being used to honor a college graduate rather than the Freehold resident who received the medal for valor during the Civil War. The medal has since been returned to the family of the Freehold recipient, James T. Fallon, according to the press release.

“Muriel and I have had fun with this book,” Geffken said, “culling stories we each have written for local newspapers to ensure we have a cross-section of Monmouth County history included in this compilation of short stories.

“Whether it’s my stories about Christ Church and its cemetery in Shrewsbury, or the story of European royalty and American brides, or the shipwreck of the Malta, or her stories about the Ben Shahn mural in Roosevelt or the only congressman killed during the American Revolution, or how Naval Weapons Station Earle was built during World War II, we have put together fascinating and fun facts from all over Monmouth County,” he said.

“We have also given different views on a few subjects dear to us both,” Smith added. “It’s interesting to see the different angles we took on writing about Jersey Speed Skiffs, the Sandlass family of Sea Bright, and even boxer Mickey Walker from the 1920s, to say nothing of Molly Pitcher.”