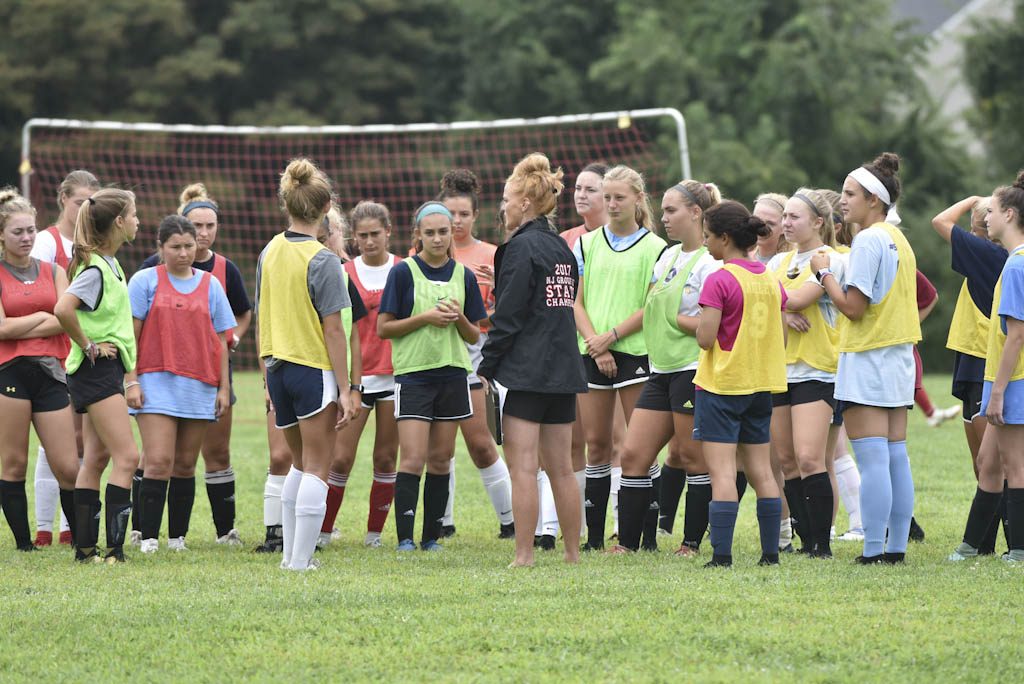 She is essentially the CEO of girls’ soccer in the Borough of Allentown.

Maurer is not only the coach of Allentown’s varsity, junior varsity and freshmen teams, but it goes even deeper than that for the sixth year coach and former Division 1 soccer player at Old Dominion University.

Every summer, Maurer hosts a camp consisting of about 50 players from all the Allentown youth club teams. She has known the Upper Freehold Regional School District’s current eighth graders for four years, too.

Maurer has confidence that her girls’ team will return in 2019 with the same amount of passion as the season prior.

The 2019 Allentown varsity team will have to replenish its depth after losing the core of a team that went 39-3 over the past two seasons, including an NJSIAA Group 3 championship in 2017. But, the Redbirds should be able to do just that, as well as compete for championships, yet again, this fall.

“We’re going to score some goals,” Maurer said. “But we might give up some, too.”

With that statement, Maurer outlined Allentown’s strength and challenge heading into the new season.

The Redbirds do actually have five starters back from last year’s team, which went 17-2, won the Colonial Valley Conference’s Colonial Division and reached the NJSIAA Central Jersey, Group 3 sectional tournament quarterfinals, where they fell to Burlington Township High School, 1-0.

The group combined for 11 goals and eight assists a season ago, but they did not have to carry the load. Graduated seniors Emma Pascarella and Alex Searing handled that responsibility.

But with Pascarella and Searing now playing Division 1 soccer at Rutgers University and Loyola University Maryland, respectively, their former teammates will have to go to another level to replace them.

And they are certainly capable of doing so.

Rodriguez is a Division 1 recruit to Iona College. Keefe is a fourth year varsity player. Both Denney and Ricci spent the summer playing high level club soccer for the Players Development Academy (Denney) and the Cedar Stars Academy (Ricci), respectively.

“They are ready to take that next step,” Maurer said. “It’s their team now.”

It is also Christina Golden’s team. Though Golden is only a sophomore, she is the lone defensive starter returning for Allentown. Even last year’s goalkeeper, Abby Howell, is gone.

Golden, who plays high level club ball for FC Bucks in Pennsylvania, will slide over from outside back to center back, and anchor the defense. But Maurer is not sure who will be playing around Golden.

Maurer knows she has a lot of options in the pipeline. Allentown’s junior varsity team finished 9-1 last fall. Its freshmen club went 7-2. With the success the Redbirds had at those levels, it doesn’t appear that this year’s team should face many issues.

“These players are talented,” Maurer said. “We also have a lot of talented eighth graders.”

Allentown will open its regular season on Sept. 4 at Hamilton High School West. Opening tap is set for 4 p.m.