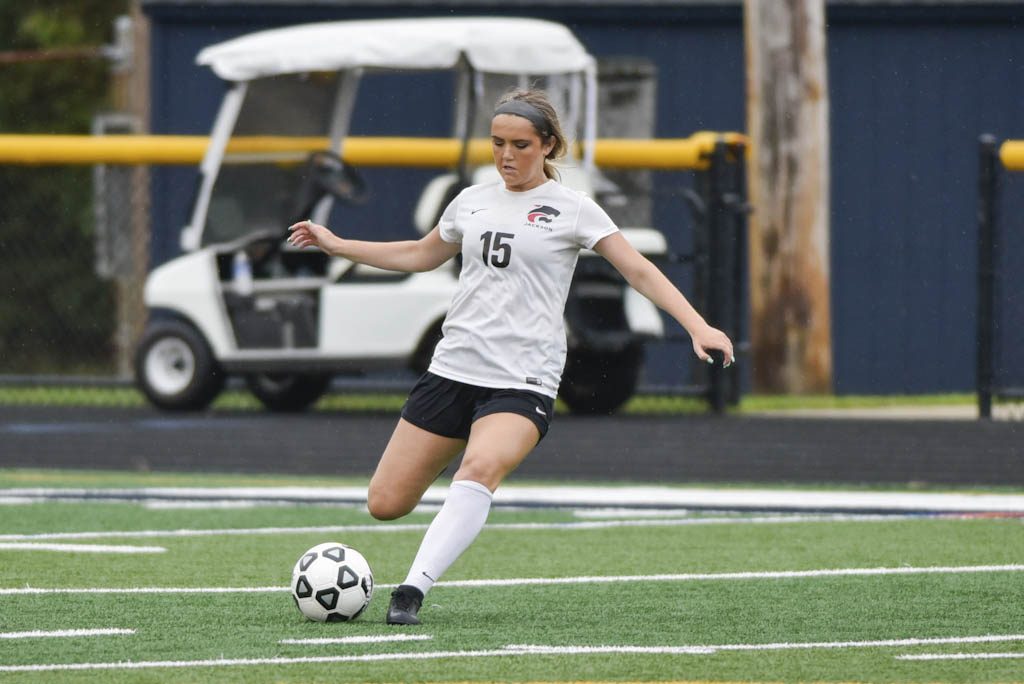 But the program’s  summer training program was already in full swing, so to keep it going uninterrupted, Gibson’s top assistant, Sean Bayha, applied for the job —and got it.

Bayha worked under Gibson for the past 17 years and plans on continuing his program, not on renovating it. But he is making one change that will be the key to Jackson Memorial’s 2019 season.

It was a good season, but it could have been better if the Jaguars scored more goals. They connected on 23 in 18 games, an average of 1.2 per contest.

Jackson Memorial will open its 2019 season with a Sept. 3 home game versus Pinelands Regional High School. Opening tap is set for 4 p.m.

Jessica Wanzor, Natalie Knauf and Lauren Dellegrippo will be the starting forwards for the Jaguars, and they will need to be a dynamic trio for the team to improve on its 2018 campaign.

Wanzor and Knauf led the ’18 Jaguars with seven goals and five assists, respectively. Knauf was also second on the team in goals with three.

Dellegrippo came off the bench last fall, but Bayha is excited about her potential. She is a high level club player for the Players Development Academy in Somerset.

“She has a lot of ability,” Bayha said.

Across the rest of the pitch, Jackson Memorial is already strong. The Jaguars recorded six shutouts last fall, and held opponents to one goal in their other three victories.

Both goalkeepers from last year, Brooke McKown and Kristina Donza, are back for 2019. They will probably split time again this year.

McKown, who will start the first halves, is more of a natural goalie. Donza, who will play the second halves, is “an athlete who plays goal,” Bayha said. The senior three sport athlete already has a basketball scholarship to The United States Naval Academy.

Jackson Memorial is also returning two center backs, Jessica Smink and Krista Lauro, with collegiate potential. Smink will play for Rowan University next fall and Lauro, who is only a junior, already has a scholarship offer from Towson University.

Holding midfielder Hannah Reese, the defensive midfielder, is back as well. Reese biked two miles to Jackson Memorial’s summer practices every day, and then biked two miles back home. She brings the same constant energy to the pitch.

The Jaguars should be able to prevent goals in 2019. They just need to find ways to score them. Bayha thinks they can.

“We want to make a run in the Shore Conference Tournament and be in the mix for the state championship,” he said.