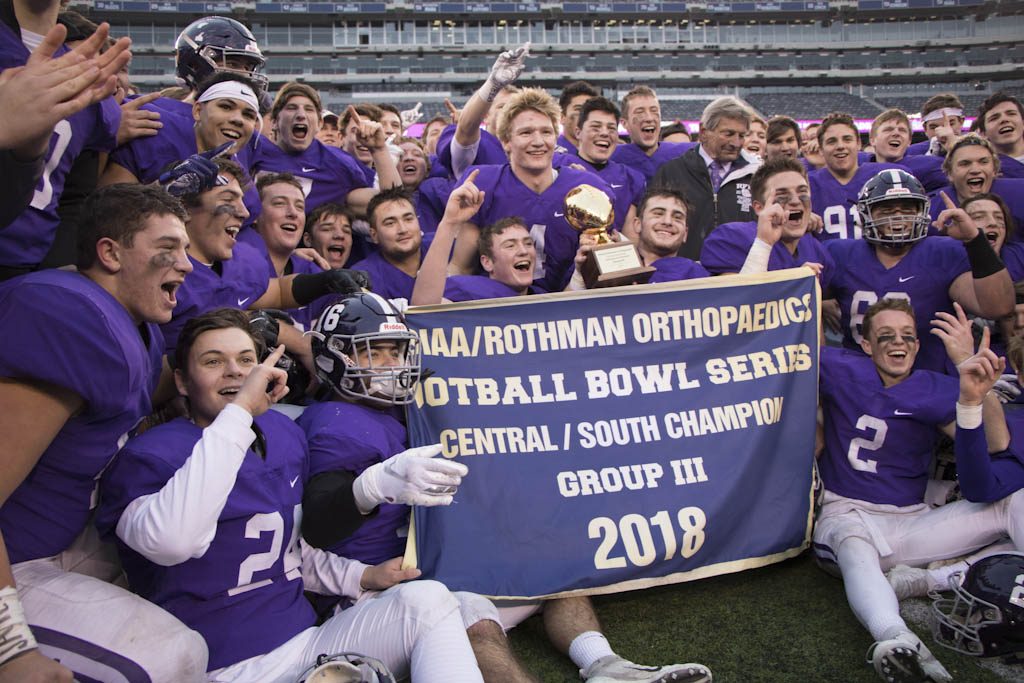 Rumson-Fair Haven High School and Red Bank Catholic High School renewed their football rivalry on Sept. 6 in Red Bank, where the Bulldogs pulled off a surprising victory, 20-14, over the host Caseys at Count Basie Park.

The showdown signaled the start of the 2019 scholastic football season.

Rumson-Fair Haven built a 20-0 lead over the first two-plus quarters on big scoring plays by John Volker and Ryan Ruane. Volker ran for a 21-yard touchdown and caught a 28-yard touchdown. Ruane took an interception 67 yards to the end zone.

But Red Bank Catholic mounted a furious comeback over the final two quarters, scoring on a trick play touchdown pass from tight Kevin Degnan to receiver Sean Grossback and then on an 11-yard run up the gut by Anthony Borriello. But for the Caseys, their comeback attempt fell short when they turned the ball over on downs on their final drive.

Volker then ran out the clock to seal the victory for the Bulldogs, who return very few starters from last year’s NJSIAA Central/South Jersey Group 3 Bowl Championship team. Red Bank Catholic brings back a lot of starters from its NJSIAA Non-Public Group 3 playoff title team, but that wasn’t enough on opening night.

Rumson-Fair Haven will continue its season on Sept. 13 at Wall High School. Kickoff is set for 7 p.m. RBC will travel to Manasquan High School for its week two game, slated for Sept. 14 at 1 p.m.