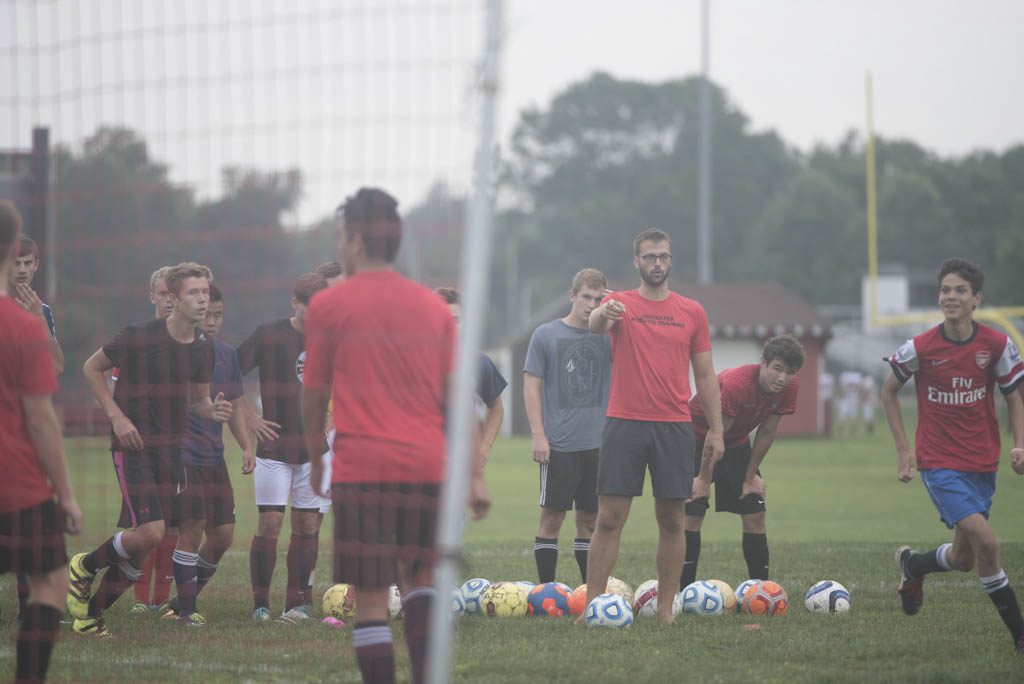 Andrew Plunkett dumped the puzzle pieces out, connected them to each other and saw the clear picture.

The Allentown High School boys’ soccer players were back in their natural positions, he said.

This would make them a more connected unit, he added.

And a more connected unit would control more possessions and score more goals, he concluded.

All those statements came back in August, before the regular season started. Then the season started, and Plunkett’s clear picture turned into a motion picture, live and in color before his eyes.

Allentown scored six combined goals in its first two games, both victories, 3-1 over Hamilton High School West on Sept. 5 and 3-2 over Hightstown High School on Sept. 9. Then it dropped a home game to Hopewell Valley Central High School, 2-1 on Sept. 11, but still outshot the Bulldogs 12-9.

The Redbirds are 2-1. They are scoring multiple goals per game. They have outshot all three of their opponents, registering seven or more shots in each contest.

This is all a far cry from the 2018 Redbirds, who had to use a bunch of key players out of position because of injuries. Allentown had to depend on a solid back line and an athletic goalkeeper, Sam Parker, to keep it in games. But now Plunkett’s team is more complete, just like the coach thought it would be.

After all, all the pieces are back in place.

“We have good midfielders and forwards,” the coach said.

And they are all producing.

In the Hightstown triumph, McCormick scored two more goals and Bednarski registered another assist. Jack Dendler recorded a goal and an assist.

McCormick also scored Allentown’s goal against Hopewell Valley, with an assist from a player, Noah Mason, who didn’t get on the score sheet in the first two games.

“I think we’ll get goals from everybody,” Plunkett said before the season.

He saw the puzzle, and McCormick, especially, stood out in that picture.

The senior has five goals in three games. He looks like one of the best forwards in central Jersey.

But he played defense last year. That’s how short-handed Allentown was across the pitch.

Ironically, now it’s Allentown’s defense that needs to catch back up to its offense. The Redbirds have allowed five goals in three games, despite outshooting all three opponents.

But because of the other lineup changes, Plunkett’s back line is breaking in three new starters who will need time to jell. With Parker back in goal, and with a solid backup keeper in Nityah Shah, who won Allentown’s first two games, the Redbirds should be able to return to their defensive form of 2018.

And once they do, the puzzle will really transform into a beautiful moving picture, the one Plunkett envisioned before the season.

“We’re expecting to make a run in the state tournament,” the coach said.