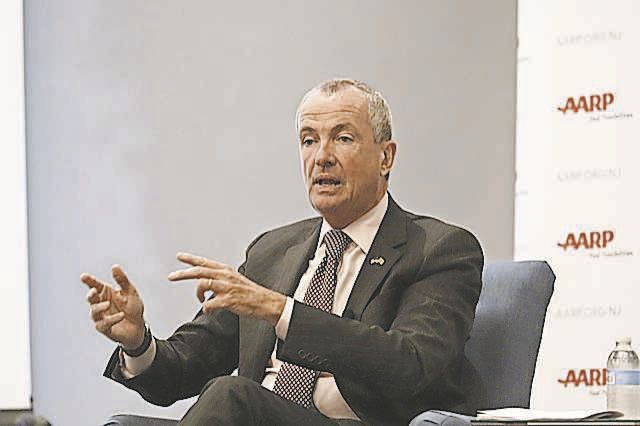 From questions about how to grow more teachers, the possibility of a recession and some career advice – with a detour on the merits of Taylor ham versus pork roll – Gov. Phil Murphy offered a glimpse into how his administration is handling the issues.

Political figures – from governors to state lawmakers – have been guest speakers.

Gov. Murphy prefaced his remarks by stating that New Jersey is a diverse state. Celebrating and embracing its diversity means “we are stronger as a society, and weaker if we do not (celebrate diversity).”

One attendee noted that enrollment in Rider University’s School of Education had increased, and asked him what could be done to encourage more young people to become teachers.

Gov. Murphy replied that making college more affordable, fully funding the pension system and bringing health care costs down – particularly, the percentage that teachers must contribute toward their health insurance premiums – would go a long way toward achieving that goal.

Former Gov. Chris Christie “trashed” the education profession, he said. The result was a “shocking diminution” in the number of future teachers in the pipeline, he said. He also pointed out that teachers should be placed on a pedestal.

“I want New Jersey to be number one in the United States for educators,” Gov. Murphy said.

On the potential for an economic recession and whether New Jersey is better poised to handle it now than 10 years ago, the governor said the state is on the margin of being able to withstand another recession.

Gov. Murphy said he inherited a “structural deficit” in the state budget, pointing to the crisis in funding pensions, healthcare costs and property taxes. On the other hand, the state unemployment rate is 3.2 percent, and property taxes increased by less than 1 percent last year – both of which are good things, he said.

While the state is on the path to solving those problems, “we are not blind to the broader picture. We will be prudent and responsible. There is a revenue challenge, and I would like to see one or two more sources of revenue to soften the blow,” he said.

Gov. Murphy acknowledged that he got into politics late in life, after a career at the Goldman Sachs investment bank. He chose that path so he could make a lot of money to compensate for its lack when he was growing up in Massachusetts – but “that’s a lousy reason to pick a career.”

Gov. Murphy said he would advise young people to ask themselves, “What have I really been born to do, what really lights me up,” when they consider possible career choices.

At the same time, it’s important to be true to oneself and to be realistic, he said. He said he really wanted to be the lead singer in a rock band, but he found he was better at other things.

“Lastly, I would network. I would find mentors. I would cast as broad a net as possible,” he said.

And on the question of Taylor ham or pork roll, Gov. Murphy paused for a moment.

“Pork ham or Taylor roll,” said the governor, which is the diplomatic answer to be expected from a former U.S. ambassador.

West Windsor resident struck and killed by car on Route 1 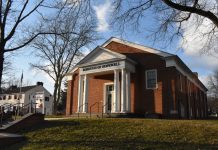