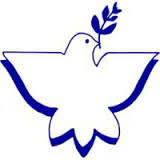 Members of Indivisible Cranbury, Indivisible Monroe and the Wednesday Rally held a Defund Hate rally at the Freehold office of Congressman Chris Smith.

The event held Sept. 11, which included a tribute to victims of the terrorist attacks from 2001, was one of hundreds across the country held during Indivisible’s nationwide Week of Action, Sept.  9–13, to ask that the $4.6 billion appropriated in June for the Emergency Supplemental Appropriations for Humanitarian Assistance and Security at the Southern Border Act be used to provide humanitarian aid to immigrants, and not to fund Customs Border Patrol or Immigrations and Customs Enforcement.

Laura Zurfluh, founder of Indivisible Cranbury and rally organizer, addressed the crowd, reminding them of the significance of the date chosen for the event.

“Sept. 11 will never be forgotten by any of us who lived through it. It was an attack on our country, fueled by a hatred of every person in the United States – native born and immigrants, documented and undocumented,” Zurfluh said in a prepared statement. “We are here to ask Congressman Chris Smith to defund hate. What better way to memorialize those lost that day than to advocate that money earmarked to put hate into action be redirected to humanitarian relief for thousands suffering hardship and seeking a better life in our country?”

Following a moment of silence to remember Sept. 11 victims and their families,  “Dreamers” Itzel Hernandez and Yeimi Hernandez spoke about the challenges and uncertainties faced by young people residing in the U.S. unlawfully after being brought here as children by undocumented parents, according to the statement.

Other speakers were the Rev. Craig Rubano of the Unitarian Universalist Congregation of Monmouth County, and Rita Dentino of CASA Freehold, an organization that helps integrate immigrant families into the community.