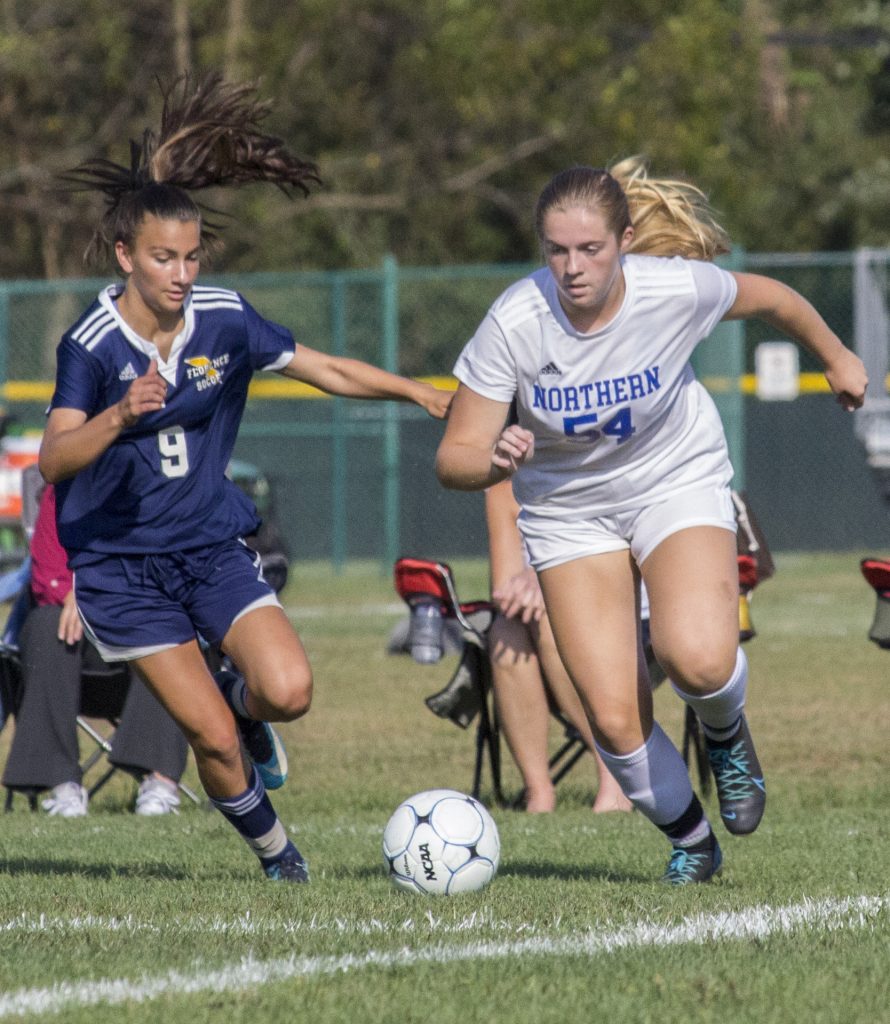 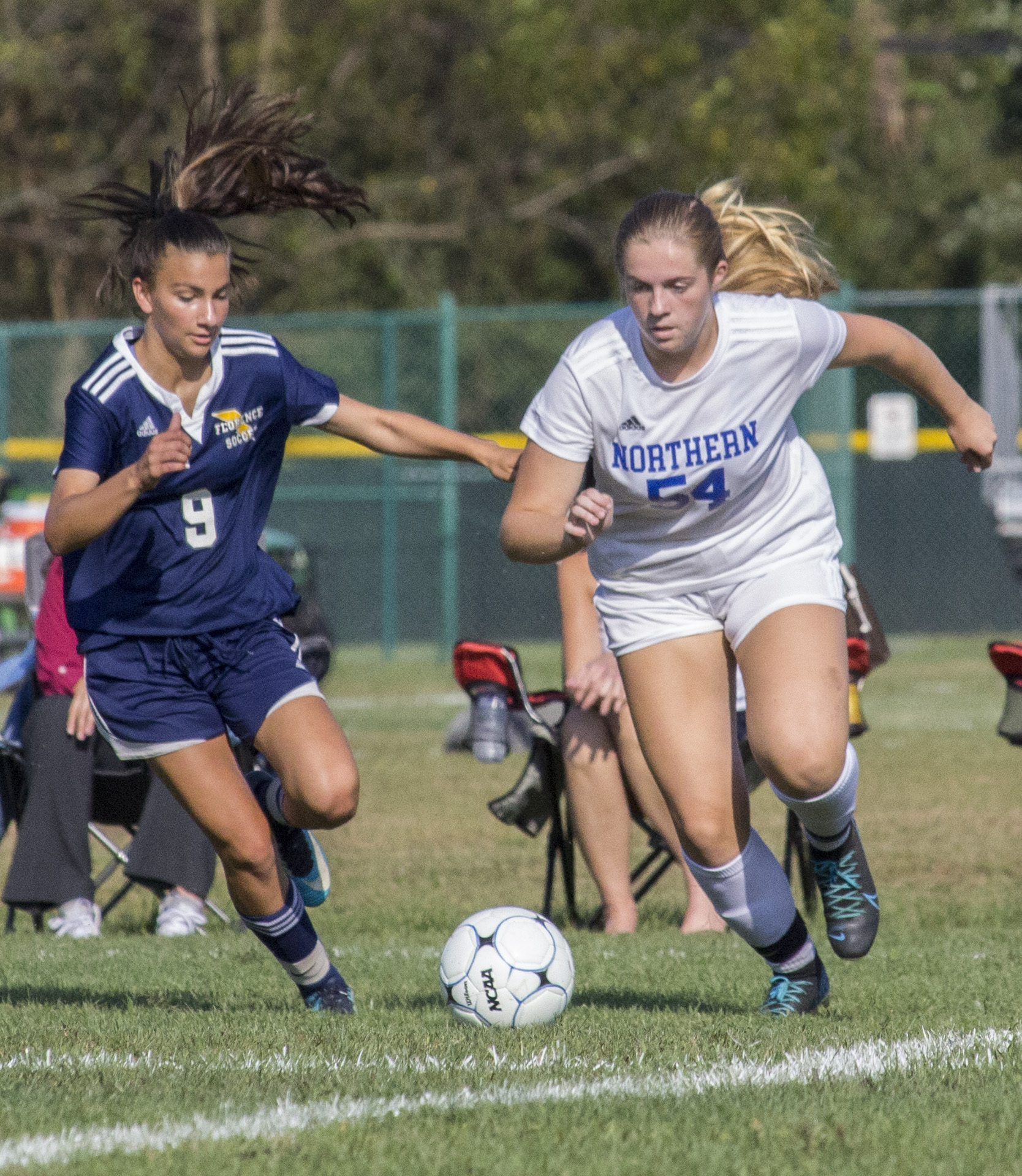 With less than a month to go in the regular season, the Northern Burlington County Regional High School girls’ soccer players have their sights set on a state sectional appearance.

As of Oct. 6, the Northern Burlington squad has posted an overall record of 6-4-2 and is poised to clinch a berth in the state sectional tournament this fall.

For coach Shannon Yesner, she said a playoff appearance and a deep tournament run has been the aim for her team since day one this season.

Although Northern Burlington has tough opposition in the remaining weeks of their season schedule when it is the host to an Oct. 11 matchup against Rancocas Valley Regional High School and Moorestown High School on Oct. 16, Yesner said the competition among Burlington County Scholastic League opponents has sparked her team’s work ethic.

In preparation for the final stretch of the year, the Northern Burlington coach said the team looks to play hard every step of the way.

“Playing and coming out – being consistent and better in our division because we have a lot of big teams in our division that do well in the playoffs and states,” Yesner said. “Every day is a tough competition for them. We want to be competitive with them and compete every single game.”

Yesner explained that there has been a drop in goals scored among her attacking third in recent weeks alongside a few losses, but said the team has maintained its ability to work the ball around the pitch.

The Northern Burlington coach also pointed to her team’s attacking efforts through the air and her strong back line, which has helped the squad earn a winning record to date.

“In the past couple games, we have had a bit of a struggles in finishing,” she said. “Our strong suit is our possession of the ball. We work really well with the ball on the ground, [making] short and quick passes to each other in small spaces.

“We have also gotten better in the air this year, but that’s always something we have to continue to work on. Our defensive line is real tall too, and they have had a lot of great games in shutting down [opponents],” she added.

With the Northern Burlington squad still strong in several areas of the pitch, Yesner said it’s the depth of varsity talent among her players, which she believes have helped lead the way this season.

“I have 11 seniors. That equals a lot of experience,” she said. “They have been varsity players since they were sophomores, and a lot of them have actually played and gotten a decent amount of playing time since they were sophomores because we had a young team the year they all started on varsity. They play well together because they have all grown up playing together.”

Some of the notable players who have helped lead the way for Northern Burlington this season have been goalkeeper Rachel Quigley, defender Jessica Fell, midfielder Nina Burden and forward Victoria D’Imperio.

Senior goalkeeper Quigley has been a notable presence in Yesner’s lineup, who she said has helped kept her team in games throughout her varsity tenure.

Yesner also pointed to the talents of Fell, a four-year varsity starter on the back line as well as the versatility from Burden to be able to transition between the midfield and attacking third.

Pacing the offense for Northern Burlington this season has been D’Imperio, who’s scored eight goals and notched five assists to date. Yesner explained that the junior forward’s talents on the pitch have left a positive influence on the team.

“[D’Imperio] is a special player,” she said. “She is an example of hard work at practice and in games. She just hustles all the time, and she has great skill and vision. She is just an all-around great soccer player.”

Northern Burlington’s match with visiting Rancocas Valley will start at 3:45 p.m. on Oct. 11.