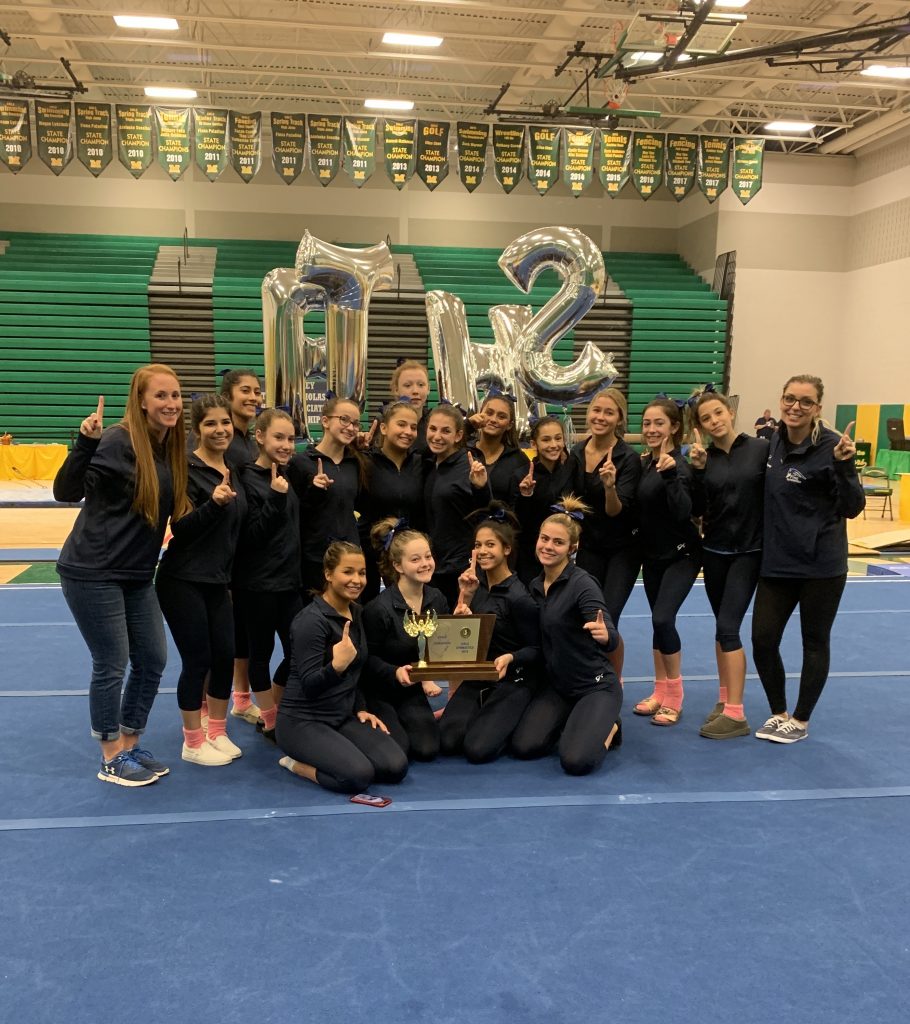 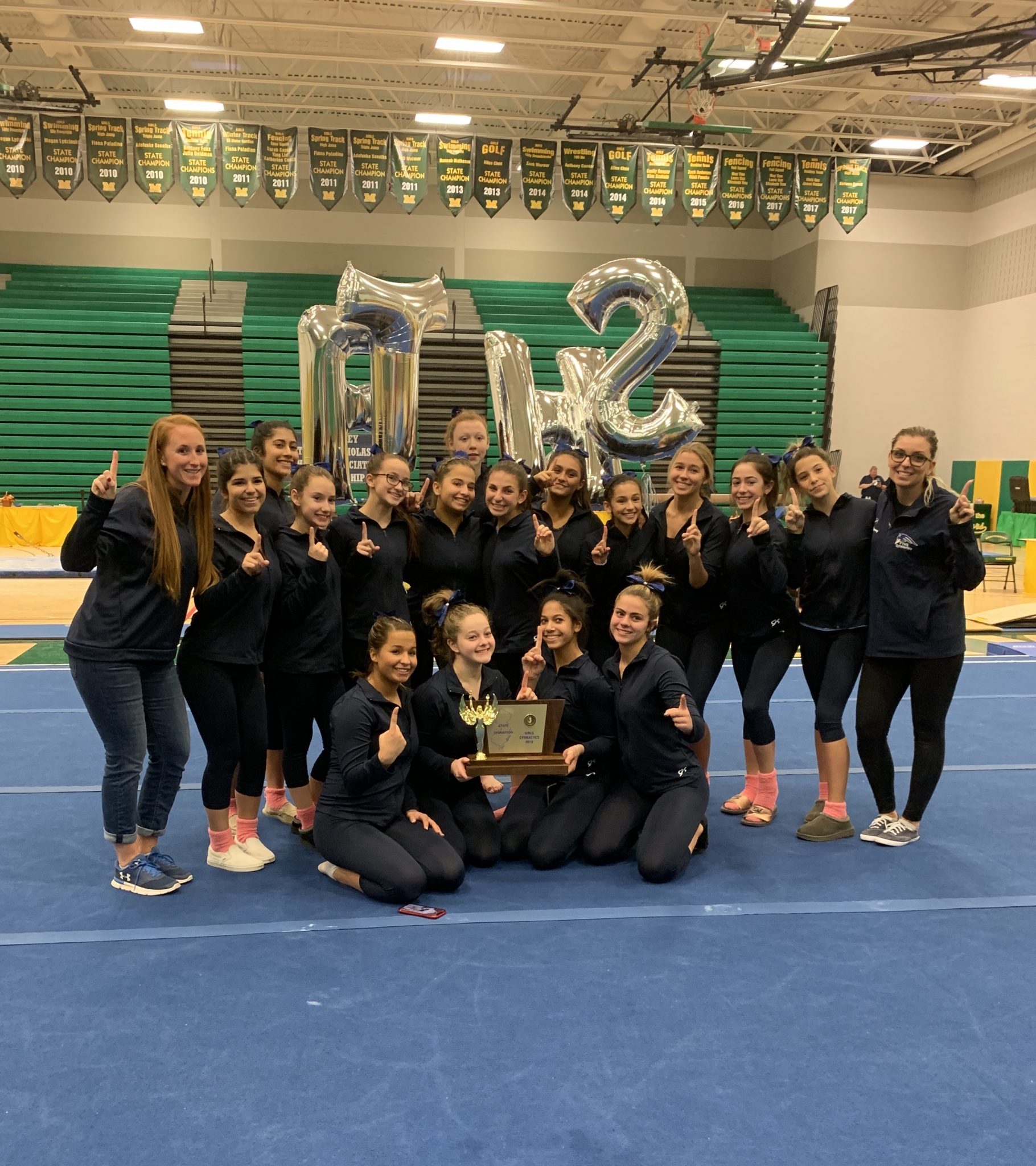 A dynasty has formed in the halls of Freehold Township High School.

The school’s gymnastics team has been on a fabulous –and historical–three-year run under head coach Ashley Montgomery.

“It’s pretty crazy,” Montgomery said on her program establishing state history. “Even winning it the second time was unbelievable. A third state championship is just surreal. I’m so proud of what our program has accomplished.”

Freehold Township scored the highest points in the bars, vault and floor events to edge out runner-up Middletown High School South with a winning score of 111.150.

The Patriots hold the highest team score ever for the state championship meet with a points total of 113.35 in 2018.

The core of the Freehold Township three-peat has been Anna Pagliaro, Julia Rogers and Jamie Polonet.

All three juniors have helped engineer the Patriots’ run to three-straight championships, since their freshmen year.

Pagliaro put together another tremendous season during her junior campaign. At the individual state championships, Pagliaro took home the gold for the second time in the vault competition and finished in the Top-4 in all four events to place second overall in the all-around competition for the second straight year.

Rogers placed eighth in the balance beam at states for Freehold Township, while Polonet finished 11th overall for the all-around competition.

Sophomore Jenelle Cloud has also imprinted her own impact on the Freehold squad the past two seasons.

Cloud finished fifth overall in the all-around competition at the state tournament.

“We’ve done a good job building off each other to become a strong team,” Montgomery said. “We all thrive off one another. Our team supports one another.”

This fall signaled the most successful season for Freehold Township.

The Patriots pulled off the hat trick when they won the Shore Conference Tournament championship, the state sectional championship and the state championship for the first time in the same year.

Freehold Township holds a perfect 38-0 regular-season record over the past three seasons.

Becoming a powerhouse gymnastics program in just three years, Montgomery harped on how the family atmosphere surrounding the team has really helped them get to where they are as three-time state champions.

“I call us a family,” Montgomery said. “I have good relationships with my assistant coach and the entire team. Everybody on our team knows what’s going on in each other’s lives. That helps us work with one another and helps every girl on our team get better.”

A third straight state championship in the books, the Patriots will once again be primed for a run at a fourth state title in 2020 and make history by being the first public school in the state to do so.

Montgomery says the team’s goal is to train hard to secure another trifecta of winning a conference, sectional and state championship again next season.

“We have a positive outlook on being successful next season,” Montgomery said. “Our girls are looking to try to win four straight state championships.”