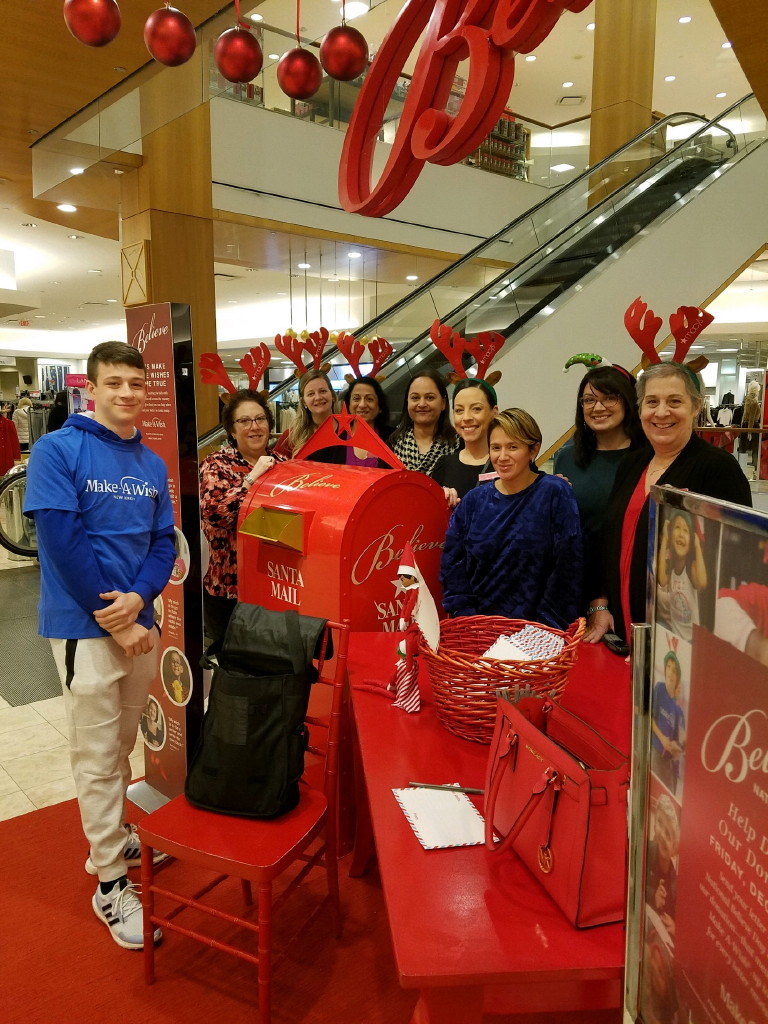 A Make-A-Wish alumni from Howell collected nearly 1,000 letters to raise money to help grant the wishes of children with critical illnesses.

A special event took place at Macy’s at the Freehold Raceway Mall, Freehold Township, during the 2019 holiday season.

Make-A-Wish recipient Christian Rivero of Howell was determined to give back to the organization that granted him a life-changing wish in 2018 and he collected holiday letters to deliver to Macy’s as part of the National Believe Campaign, according to a press release.

From November through Dec. 24, “believers” of all ages were able to mail letters to Santa at a big red letterbox at any Macy’s store or online. For every letter received, Macy’s donated $1 to Make-A-Wish, up to $1 million, to help grant the wishes of children with critical illnesses, according to the press release.

Letters delivered on Dec. 6, National Believe Day, to any Macy’s nationwide, the day Christian made his delivery, counted for a $2 contribution from Macy’s per letter, up to an additional $1 million, bringing the total campaign to a possible $2 million, according to the press release.

Christian and his family arrived at Macy’s in Freehold Township with 972 letters. Christian collected letters through the Howell High School Make-A-Wish Club, the club adviser and English teacher Marisandra Collins, as well as staff and students at the high school.

“I chose to collect letters from my school because I felt like it was my responsibility to give back to the foundation that blessed me and my family,” the young man said.

Christian, who battled a life-threatening critical illness, was granted his wish to visit Beaches, Turks and Caicos in 2018. His wish was a life-changing experience not only for him, but for his entire family.

“It was a life-changing moment and the wish was granted at a perfect time,” Christian said. “I enjoyed the time with my family and I truly forgot I was even sick. It felt like I was just a normal kid again without a thing to worry about.

“I feel very honored being able to give back through Macy’s. I would also like to thank Make-A-Wish for all they have done for me and my family, as well as Macy’s for giving me the opportunity to support the foundation and people who truly transformed my life and gave me hope when I had none,” he said.

With support from the Macy’s Believe campaign, Make-A-Wish provides children with critical illnesses the chance to experience life beyond their illness and see their most heartfelt wish come true, allowing them to replace fear with confidence, anxiety with hope, and sadness with joy, according to the press release.

Since 2003, Macy’s has donated more than $122 million to Make-A-Wish, including more than $19 million through the annual Believe campaign, according to the press release.