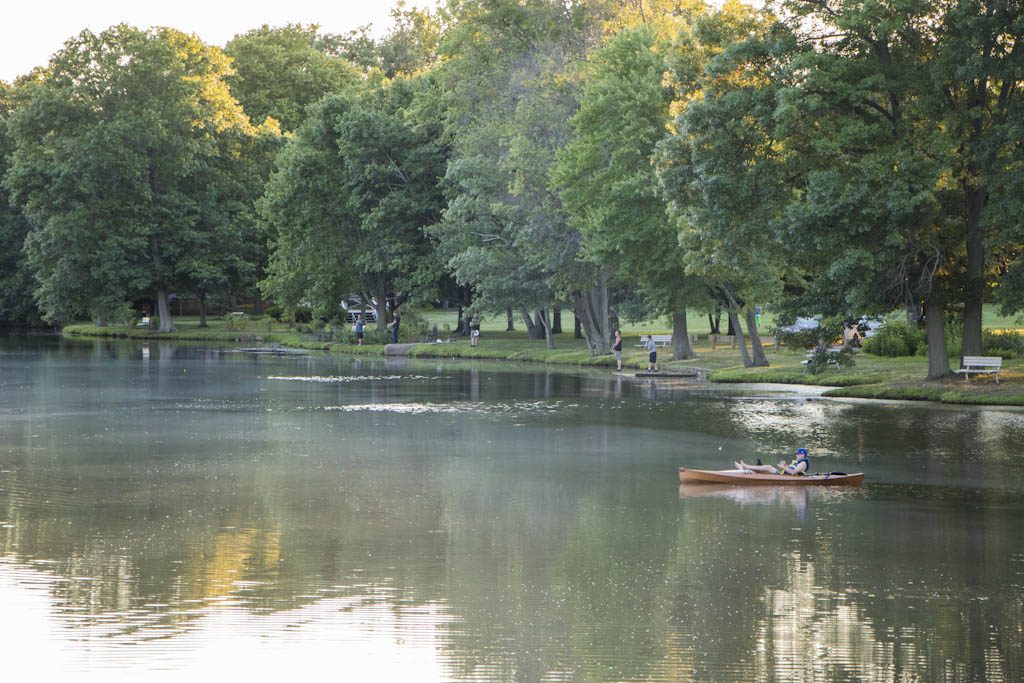 A new bond ordinance that would, if adopted, appropriate $4 million to fund the dredging of Brainerd Lake has been introduced by the Township Committee in Cranbury.

During a meeting on Jan. 27, committee members introduced the bond ordinance and set Feb. 10 for the public hearing on the ordinance. Residents may comment on the proposed ordinance at that time.

Committee members may adopt the ordinance following the public hearing.

According to the ordinance, officials would spend $1.6 million from a capital improvement fund, $200,000 from capital surplus and authorize the issuance of bonds in the amount of $2.2 million to fund the work at the lake.

A different bond ordinance that was introduced on Jan. 13 failed to get a motion for a second reading on Jan. 27 and died.

That ordinance would have appropriated $1.2 million from a capital improvement fund and capital surplus, and authorized the issuance of bonds in the amount of $2.8 million to pay for the work at the lake.

“During our Jan. 20 budget meeting, we discussed paying for more of the dredging this year rather than going out to bond for that amount. It just did not seem responsible, when we have money sitting there,” Scott said. “It was Jay (Taylor’s) idea (to revise the appropriation), which I commend him on.”

He said officials will pay $1.8 million this year and bond for the remainder of the appropriation.

“We are all in agreement and this is the smart thing to do. This amount was a happy compromise,” Scott said. “We decided why not pay off as much as we can now and take on a little bit of debt. This amount will keep us safe.”

If the bond ordinance that is now before the committee is adopted on Feb. 10, the dredging the lake is scheduled for the fall.

“There are some New Jersey Department of Environmental Protection regulations regarding when we can drop the level of the lake … From start to finish this project will be about two months,” Scott said.

According to municipal officials, the project’s cost is estimated to be about $4 million.

“Initially, our estimates were much higher (a little less than $6 million) based on the possibility of the sediment being contaminated to a point where it would have to be trucked to a (special) facility,” Scott said.

“The basis of our cost is the trucking cost. We did not want to take a bond out for the entire amount. It did not make sense for us to borrow unnecessarily,” the mayor said.

Officials said the estimated cost of the project came down to $4 million because the sediment is not contaminated to the level where it will have to be taken to a special facility.

In the fall of 2019, Township Engineer Tom Decker estimated there is about 60,000 tons of sediment and material at the bottom of the lake.

“We are talking about 20% of the lake [being] filled with sediment,” Decker said.

Sediment, which is a combination of clay, silt and debris, will be removed to get the lake back to its full water capacity, according to Decker.

“When you walk up to the edge of the lake you can see how shallow it is and how much vegetation there is. It is really choking off the lake,” Scott said. “We do not want this lake to turn into a swampy wetland. I’m glad we will get to have the project done this year.”

Municipal officials said they are hoping to remove invasive species from the lake. The proposal for the project is to lower the water level, remove the sediment with excavators and truck the material to an off-site location.

“The bottom of the lake is not the most pleasant smelling feature. There will be about 2,000 truckloads of sediment (removed); that is about 50 trucks a day over an eight-week period,” Decker said.

According to Scott, residents will be informed when work is scheduled to begin.

“The main impact will be for people who live on the lake, not just on Evans Drive on the southern part, but on Scott Avenue and Maplewood Avenue. People on Scott and Maplewood will really be affected,” the mayor said. “That is partially where the trucks will go in and out from the lake. There will be noise and an inconvenience. I want to make certain everyone in town knows what is going on.”