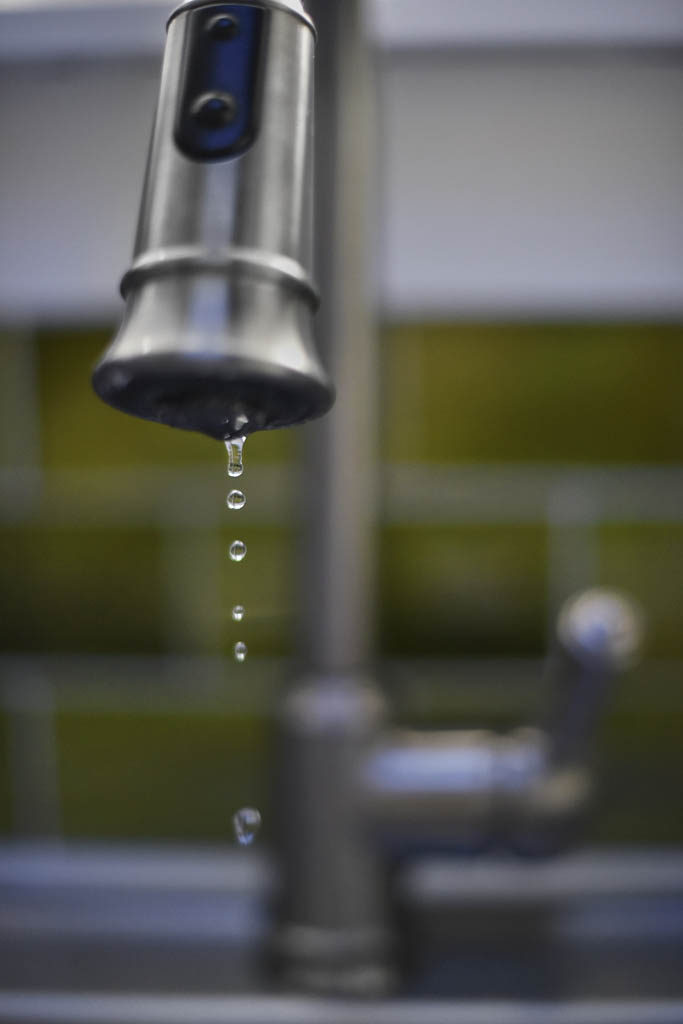 Bordentown City officials served as the hosts to a public meeting to provide an update on the municipality’s efforts to address reported lead exceedances in homeowners’ drinking water.

The meeting was held on Feb. 4 at the Carslake Community Center in Bordentown as the City Board of Commissioners fielded questions from residents about the municipality’s most recent efforts to address the issue.

As part of a commitment to ensure the health and safety of residents, as well as enacting a “data-driven approach” to resolve the matter, city commissioner Joe Myers said officials have already taken more than 600 samples around the area to pinpoint a potential cause or source of the issue.

“It’s important to look at where we started and how that got us to this point today,” Myers said. “If you look over the past two years, what we have been doing is testing over 600 samples of water from homeowners.”

Myers explained that as part of the samples, water was drawn from homes built in a time frame when potential materials and utilities in the home could lead to elevated lead levels in the water, such as lead solder used in the interior plumbing.

In homes built before 1988, lead piping and lead solder were commonly used in household plumbing systems as well as in service lines that connect homes to street water mains.

In 1986, the U.S. Environmental Protection Agency (EPA) banned the use of lead pipes and lead solder in plumbing systems because excessive lead levels can present dangerous health risks.

The EPA set an “action level” of 0.015 milligrams per liter of water for lead. EPA officials said levels higher than that in water could pose a risk to human health.

Myers noted that in addition to the 600 samples, officials have tested various services throughout the city to link the issue to a potential cause. To date, the city commissioner said the city’s water source, treatment plant and services have yet to report an exceedance.

“The city has proactively been testing in different areas … whether it has been testing fire hydrants and hydrants close to a home with an exceedance, or test water at connection points,” Myers said. “We have tested water at different points in the distribution system and we have also tested water at the source. In every one of those samplings, the water has come back with no exceedance.”

Looking at the data officials have collected as of Feb. 4, Myers said the numbers point to a positive turnaround for city homeowners with a decrease in elevated lead levels as well as the municipality’s efforts to enact a proactive solution to the matter.

“When you add up all those samples together, there is a growing trend,” he said. “The trend is that the number of exceedances in homes has been decreasing over the past two years. That is a result of, I would argue, some of the investments we are making at our water plant, some of the products the state has been permitting us to use, and you see that trend going down.”

Officials reported that the number of homes with an exceedance and the corresponding percentages decreased up to the most recent sampling period, which was the last six months of 2019.

After officials announced last year that the New Jersey Department of Environmental Protection (DEP) called on the municipality to enact additional testing for lead in the water of homes, it was required by DEP to conduct additional samplings within the homes of Bordentown residents who reported an exceedance for lead measurements in their water.

As part of the DEP mandate, the municipality had to amend its corrective action plan to address the issue of lead exceedances experienced throughout the city over the last year. The matter initially arose in 2017.

Officials said the city’s water engineer worked with the DEP last year to implement a corrosion control treatment plan and that an Optimal Corrosion Control Treatment plan was submitted for approval, meeting standards set by the EPA and enforced by the DEP.

As the search for the primary cause of the reported lead issue within residences has the municipality and some homeowners turning their focus to the fixtures of homes as a possible suspect, Myers said the municipality has gathered data from voluntary tests on behalf of residents as well as state-mandated samples that were taken.

Given the municipality’s stance on the matter, which officials said links the reported lead exceedances to inside the homes from potential issues with interior plumbing, Myers said the DEP then called for the municipality to conduct additional samplings for lead from fixtures in the homes.

In December 2019, Myers explained that the Bordentown City Water Department concluded its lead compliance sampling for the second half of 2019. Officials said the city took 64 samples from its usual pool of homes.

Of those homes, officials said seven samples had an exceedance. Those samples were combined with the results of the system-wide customer request sampling. They said 10 of 84 samples exceeded 15 parts per billion (ppb), which meant the city exceeded this current sampling round.

Although the municipality exceeded the sampling round, officials said improvement over the previous round of sampling, both in the percentage of samples exceeding the action level (19% in the previous period vs. 12% in the current period) and the 90th percentile level (40 ppb vs. 22 ppb).

Officials said they are continuing the program of free lead testing to any resident who requests it, and are verifying the service line materials at many of the homes with exceedances, as well as testing portions of the interior plumbing for the presence of lead solder.

“This is a very serious issue and we have expended a tremendous amount of resources to reinforce our assertion, which is that the lead problem in the city and township continues to be an interior plumbing problem,” Myers said.

Officials said they plan to host more meetings and to make information and reports available to public online at cityofbordentown.com 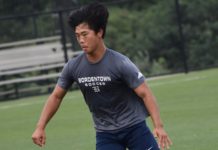