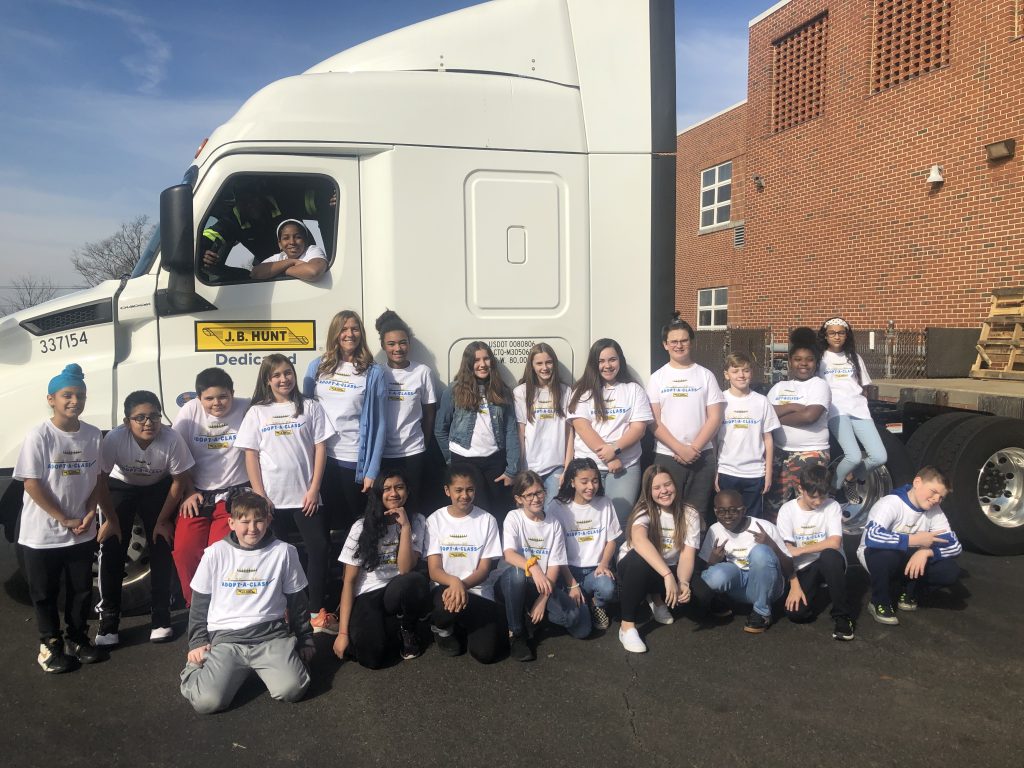 Kelly Rodgers' 6th grade class at Riverfront Middle School in Florence Township received $1000 worth of school supplies and took a tour of a J.B. Hunt truck as part of winning the company's "Adopt-a-Class" program on Feb. 12. PHOTO COURTESY OF RIVERFRONT MIDDLE SCHOOL
× 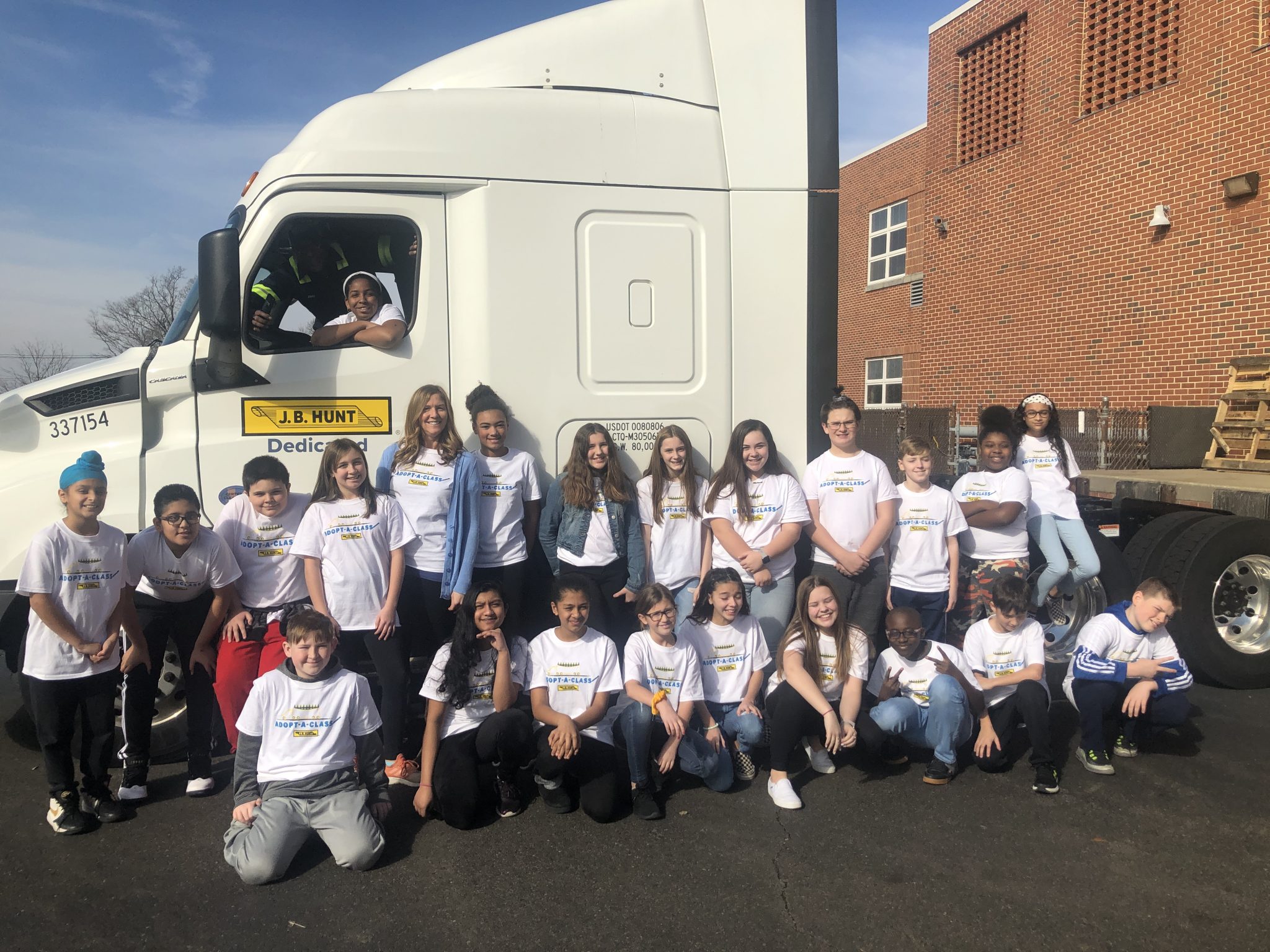 Kelly Rodgers' 6th grade class at Riverfront Middle School in Florence Township received $1000 worth of school supplies and took a tour of a J.B. Hunt truck as part of winning the company's "Adopt-a-Class" program on Feb. 12. PHOTO COURTESY OF RIVERFRONT MIDDLE SCHOOL

Riverfront Middle School in Florence Township was the recent recipient of a donation which sent $1,000 worth of school supplies to students.

Florence Township School District officials said the Adopt-a-Class program is an annual initiative by J.B. Hunt in which company drivers can nominate their sons/daughters’ or grandkids’ school classroom for a $500-$1000 donation in school supplies.

As part of their nomination, officials said drivers must submit short essays explaining why their student’s classroom is most deserving. The company then selects the winning essays and works with teachers to order their supplies, according to officials.

“Supplies are gift wrapped, and the drivers who submitted the winning essays deliver the supplies to the school in their J.B. Hunt truck. In addition to the school supplies, students also enjoy a truck tour and a party,” district officials said.

Walford, a driver for J.B. Hunt, has a daughter who is a student of Rodgers’ Riverfront class. Officials said the class eventually received the $1000 donation in school supplies and, in addition to the delivered supplies, the class also received a visit and tour on Feb. 12 from Walford in his J.B. Hunt truck.

Beginning with five drivers in 2013, officials said the program has grown to more than 300 annual nominations and has donated more than $60,000 in school supplies with more than 70 schools in 28 states.

Following the donation and tour of the truck, Rodgers said she was not only thankful for the company to grant her class the supplies, but noted her students enjoyed the experience as well.

“Our class was thrilled when we found out we were selected for the ‘Adopt-A-Classroom program,’” Rodgers said. “The entire class enjoyed working together to choose items we can enjoy for the rest of the year. What a great experience. Thanks again J.B. Hunt for making a wonderful memory for our class.”