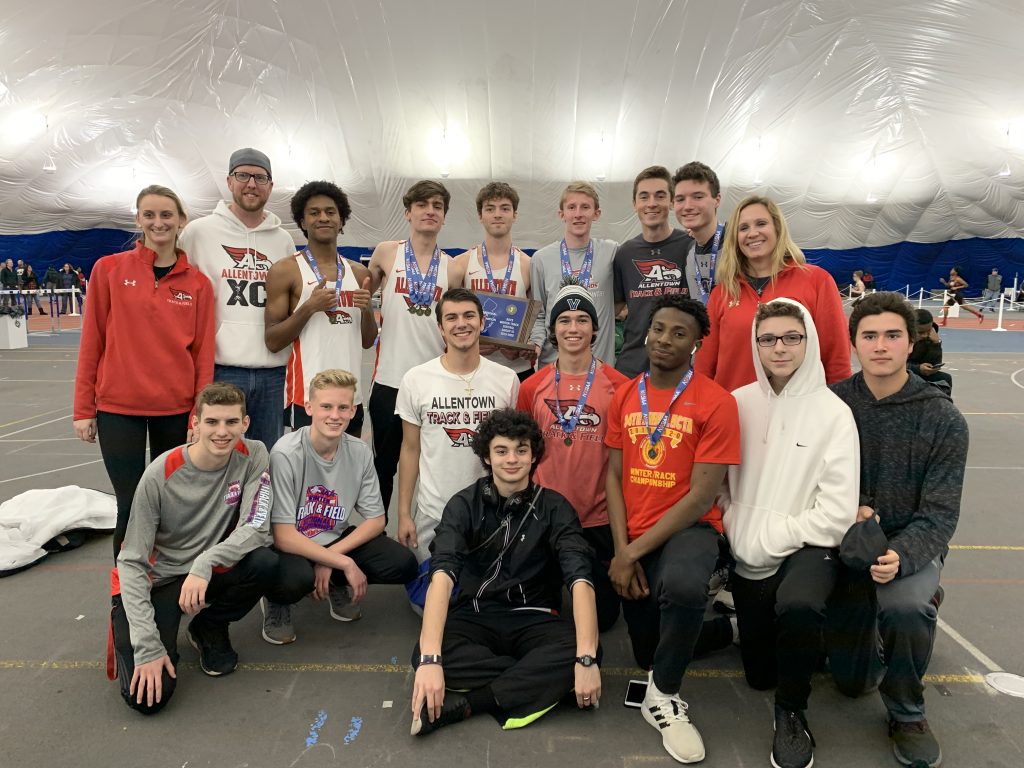 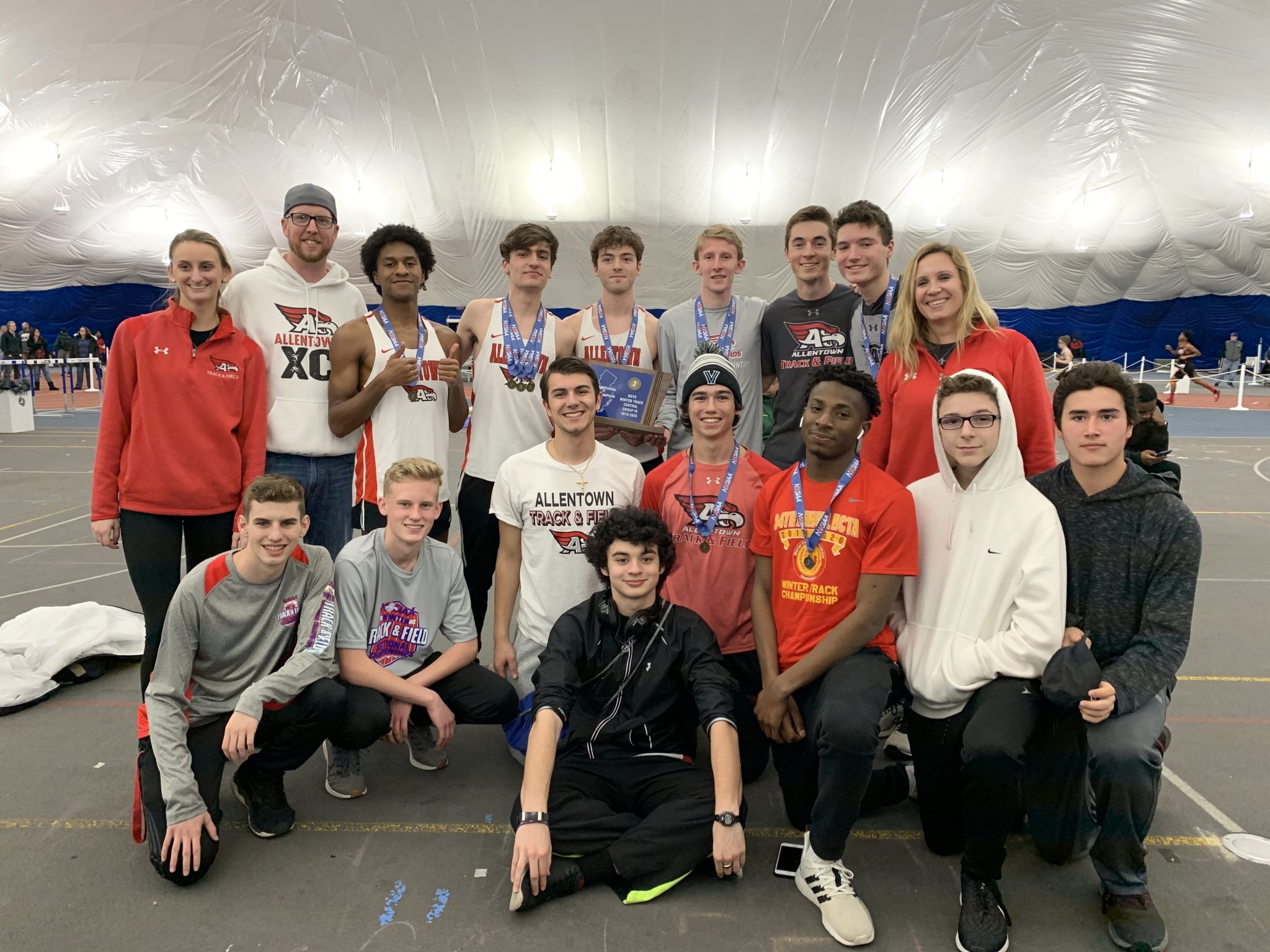 The Allentown High School boys’ winter track and field team has been on the cusp the last two years of making history and winning a state sectional title.

On Feb. 15 at the John Bennett Indoor Sports Complex in Toms River, Allentown soared over the hump to capture the NJSIAA Central Jersey, Group 3 championship.

“This group of boys have been working hard for a long time,” said Allentown coach Rick Smith. “It was a slugfest. We had kids stepping up in different events to help us get it done. It felt great.”

Murphy was unbeatable in his three individual races, taking home gold in the 800 meter run, the 1,600 meter run and the 3,200 meter run.

The senior placed first in both the 1,400-meter run and the 3,200-meter run at the NJSIAA Meet of Champions on March. 8 at the Ocean Breeze Track and Field Facility in Staten Island.

On the 1,400 run, Murphy cruised ahead of Christian Brothers Academy’s Shaw Powell to victory for a double-gold day on the track.

Murphy’s feats this winter followed his terrific fall season when he won the the school’s first Meet of Champions state title in cross-country.

Murphy is the anchor of Allentown’s distance medley relay team of Nate Somers, Mike Heinz and Jake Bragger that placed first in the event at the NJSIAA Group 3 Relay Champions back on Jan. 21.

Allentown’s winning time of 10:25.68 helped the squad qualify for the New Balance Nationals indoor track and field meet that was scheduled to take place the weekend of March 13-15 at The Armory in New York City.

The boys’ distance medley team did not get a chance to compete at nationals due to the event being cancelled because of the coronavirus.

“It’s a great group of guys,” Smith said. “You’re never worried about them getting their work done to prepare for a meet. All four of them are going to run in college. Best relay team I’ve ever coached.”

Heinz and Bragger helped lead Allentown’s 4×400 relay to victory at the state sectional tournament, being joined by Sekai Lyken and James Ricciardi to beat out Nottingham by 0.5 seconds with a winning-time of 3:28.84.

Allentown excelled in the jumping portion of the state sectional tournament.

The Redbirds claimed first and second place in the high jump as both seniors Cody Mulryne and Dominic Allen cleared the mark of six foot and two inches.

In the 55-meter dash, senior Salvatore D’Adamo delivered a key sixth-place finish to get Allentown a much needed point for the team event.

“To accomplish something at the team level, everyone needs to step up,” Smith said. “Everyone on our team is focused on working hard every day to achieve their individual goals to help the team have success.”

There were 12 school records set in winter track this season on both the boys’ and girls’ teams according to Smith.

As the season switches to spring, Smith is excited to see how the team’s success translates to outdoor track and field.

The outdoor track and field season is in question because of the coronavirus.

Smith is hopeful that his squad will be able to compete this spring and feels that there is a lot of buzz surrounding both the boys’ and girls’ track and field teams because of the each team’s success the last few years.

“A lot of guys have signed up for the spring season because of the success that we have had,” Smith said. “We’ve established an atmosphere of success. Kids are seeing our athletes work hard and achieve a lot of success.”