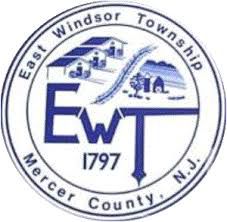 At a time in their lives when they could be traveling or enjoying the grandchildren, some senior citizens have opted instead to volunteer their time and expertise.

Mayor Mironov and the Township Council are accepting nominations for the annual award, which will be presented during a ceremony in May in conjunction with Older Citizens Month.

The deadline to make nominations is April 16.

“The award recognizes a senior citizen who has exhibited outstanding service through volunteerism to the community by way of the schools, religious institutions, service organizations or directly to the public,” Mayor Mironov said.

The late Sylvia Weiss, for whom the award is named, was instrumental in forming the township’s senior citizens program. She served on the East Windsor Township Council and chaired the New Jersey Commission on Aging.

The award was established after Weiss’ death as a means to honor her legacy. Weiss moved to East Windsor Township in 1972. She was 101 years old when she died in 2016.

Nominees must be at least 60 years old, and live in East Windsor Township. Their service – in leadership or direct service – may be on behalf of senior citizens, the schools, religious orgaizations, service organizations or the general public.

A nomination form is available on the East Windsor Township website at www.east-windsor.nj.us, or by contacting the Municipal Clerk’s Office at 609-443-4000, ext. 237.