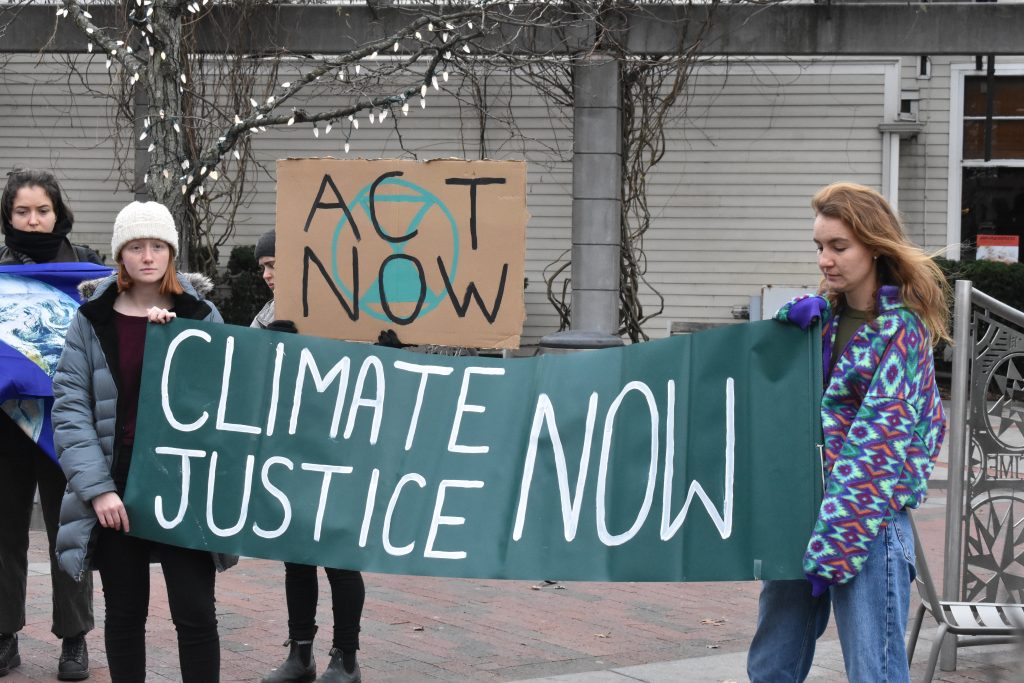 While we are contending with the coronavirus, we have another, potentially more devastating crisis looming, one that we are already well into.

This is, of course, the climate crisis that has been impacting much of the world for a number of years now. Our primary source for measuring global climate trends, NOAA (National Oceanic and Atmospheric Administration) has measured that January was the planet’s warmest one in recorded history, last February was the second-warmest February, and March was also the second warmest March on record.

What NOAA is informing us of is that we are in a “long-term warming trend.” Why does NOAA use the word “trend”? Because its measuring has revealed that last month was the 44th consecutive March, and the 423rd month, with temperatures above the 20th century average. The average temperature over both land and ocean surfaces was 2.9 degrees Fahrenheit warmer than the 20th century average. Only March 2016 was warmer. In fact, 2016 remains the hottest year on record.

Elsewhere around the globe, South America experienced its warmest March on record. Parts of Europe, Asia, and Australia all saw hotter-than usual temperatures in March.

In the states, the East and South saw warmer-than-usual temperatures in February, and Florida experienced the warmest-ever March. In contrast, California saw cooler-than average temperatures in March, while Alaska had its coldest January through March since 2012. Nonetheless, bordering Alaska, the Arctic ice shrank to its 11th least extent ever. Usually March sees a year’s greatest expansion of sea ice, but this year the ice footprint was “small.”

Continuing the globally variability, the area covered by Antarctic sea ice was “average.” But again, the global average temperatures were near record levels, and the likelihood is that 2020 will be the warmest since record-keeping began in 1880.

A second, related trend has also been underway. A new study reported by the Associated Press Health and Science Department found that much of the western United States has been baking in an “emerging megadrought.” It has existed now for two decades and is one of the deepest droughts in 1,200 years. It is the first one experienced in recorded U.S. history. The states experiencing this extended dryness are: California, Oregon, Nevada, Arizona, New Mexico, Utah and Idaho. Strangely, Wyoming does not have large areas suffering from drought.

Although last year, 2019, was unusually wet, with floods covering much of the middle of the country, the moisture in the west was not nearly enough to compensate for the years of drought.

Recently, water managers have warned that this year the Rio Grande River flow will be less than half of what is normal. Also, New Mexico’s largest reservoir will hold only a third of its normal, 30-year average water level.

Those studying the situation estimate that roughly half of this ongoing drought can be attributed to man-made global warming. Whatever the primary causes, there will be major impacts. This emerging megadrought has transformed what might have been a moderate, long-term drought into a “severe event comparable to megadroughts of centuries past.”

Again, globally, 2020 is predicted to be the warmest year on record.

To address these very serious changes, we need a president and state governors who will acknowledge the changes and, as much as possible, take the necessary corrective steps. Most important, and effective, will be turning away from our dependence of fossil fuels, to renewable energy. Instead, our current president is rolling back environmental protections. This will only make the drought, and the global climate crisis, worse.