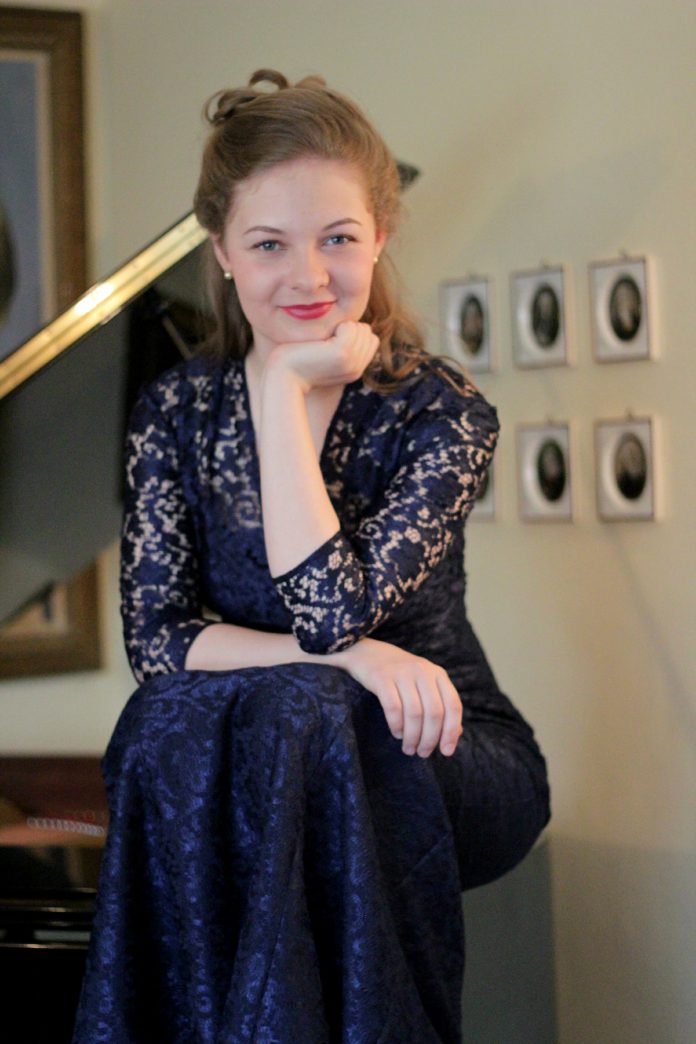 International concert pianist and Princeton local AnnaLotte Smith may have had to postpone her concert tours in England and France this summer, but the ever-active musician is wasting no time during the virus lockdown.
The 23-year-old Westminster Choir College graduate has prepared a free virtual concert series for hospital patients and nursing home residents, beginning with Saint Peter’s University Hospital in New Brunswick. The series of concerts will be broadcast on the hospital system’s television network. Live concerts will be broadcast Thursdays and Mondays starting April 30, with additional children’s concerts for the pediatric hospital.
Smith will play shorter pieces that allow medical staff to listen during breaks and focus on soothing pieces for the stressful hospital environment.
“The pieces are not as technically difficult, but still emotionally powerful and make a connection with the audience,” she said. She plans to take time to talk about the pieces and answer questions audience members submit online.
The idea to perform for patients came in December 2017 when a concert organizer in England told Smith someone who had heard two performances from her last concert tour had terminal cancer and wanted to hear her once more. She played a virtual concert and “had an intimate connection I did not realize was possible,” she said. He died a few months later but the idea of making virtual connections stayed in her mind.
“I realized this time of isolation is when making connections is all the more important,” she said, and the Spirit of Harmony concert series was born.
In addition to Saint Peter’s, Smith is organizing concerts for other hospitals as well and assisted living facilities. As her project expands, she hopes to invite other young musicians to bring their music to new audiences during the pandemic.
Those who would like to request a virtual concert for a hospital, nursing home or those feeling isolated at home can submit a request at AnnaLotte.com.
– This article was submitted by Matthew Kolasa
Share
Facebook
Twitter
Email
Print
Previous articleHazlet Township Committee takes stand against pipeline project in Raritan Bay
Next articleStony Brook Garden Club of Princeton helps expand garden at Boys & Girls Clubs