HOWELL – Republican Evelyn O’Donnell will seek a second four-year term on the Howell Township Council and will be challenged by Democrat Andre de Garmeaux.

O’Donnell is serving as Howell’s deputy mayor in 2020. She will run on the Republican ticket with Suzanne M. Brennan, who is seeking her first term as mayor.

de Garmeaux will run on the Democratic ticket with Theresa Berger, who is serving the final year of her first four-year term as mayor and is running for a second term.

O’Donnell has lived in Howell almost all her life and was elected to the council in 2016, taking office in January 2017.

She previously served on the Howell K-8 School District Board of Education for nine years, as well as on the Planning Board, the Zoning Board of Adjustment, the Environmental Commission and the Economic Development Committee.

“I could not be prouder to be seeking re-election to the council. I love Howell. It is my home. I have spent nearly all my adult life fighting to keep Howell the wonderful place it is to live, raise a family and have a business.

“During these last four years we have achieved a great deal, but there is much more to be done. We have preserved farms and open space, paved roads, hired more police and applied good fiscal principles in managing the township’s finances.

“As we contend with the lingering effects of the coronavirus, we need to double down on our efforts to protect the rural character of Howell, help our businesses rebound and hold the line on spending. I’m up for the challenge,” O’Donnell said.

de Garmeaux said Howell residents may know him as the operator of Highland Kennel, which has been his family’s business for 42 years. He has also worked in the field of computer science.

Two years ago, de Garmeaux was appointed to the Howell Shade Tree Commission.

“Why have I decided to run for office? After several years of listening to and talking with clients who live in Howell, it has become quite clear that quality of life and over-development issues are on everyone’s mind.

“My business acumen and knowledge of government bureaucracy leave me somewhat uniquely qualified to help get Howell back on track rapidly and protect the quality of life we all love so much in our sleepy little burg known as Howell.

“I would consider some of my strong suits to be problem solving, the ability to think outside the box and the ability to adapt, along with the ability to work well with others. I was an original member of Howell Strong (a group which addressed affordable housing issues) some five years ago.

“I worked alongside Councilman John Bonevich and others on the West Farms over- development issues. I worked with Howell for Open Land and Preservation of the Environment to help stop a mega-warehouse from being built on Randolph Road.

“We are still working with the ‘Stop the Dump’ movement to prevent the very political change of a mulch and dirt depot into a solid waste transfer station” on Randolph Road, de Garmeaux said. 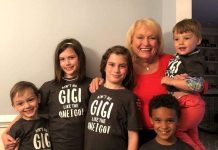