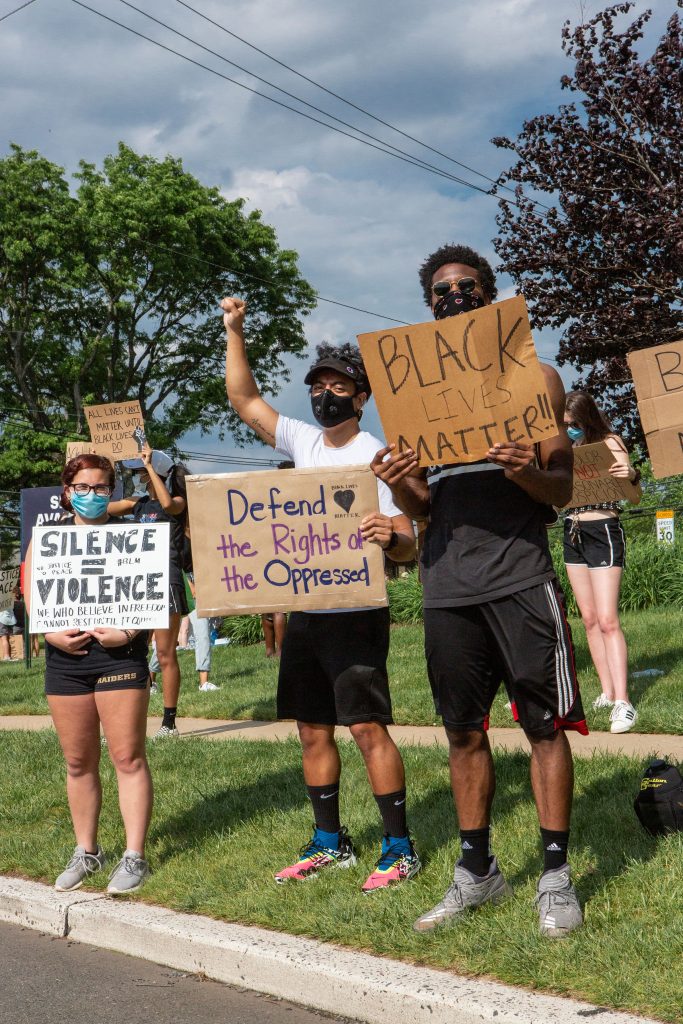 HILLSBOROUGH – People from all over Hillsborough Township gathered around the intersection of Amwell Road and Route 206 on June 6 to participate in the Black Lives Matter protest that was coordinated by the Our Revolution-Hillsborough (ORH) chapter.

It was the second peaceful protest since the death of George Floyd that the grassroots political action organization put together to stop the spread of racism.

The chapter’s president, Didier Jimenez, said the purpose of the moment was to advocate for social justice, reform the criminal justice system and policing methods.

“Real change starts from the bottom up,” Jimenez said. “This is just the beginning. We are ready to embrace a different culture of politics in our state and in our country.”

The ORH chapter was created back in 2016 and is the only form of the organization in Somerset County.

After holding a smaller protest gathering on May 30, Jimenez and the chapter decided to try and hold a bigger one to spread their message.

The chapter sent out a statement via their Facebook page on June 3 saying that they would be holding another protest that upcoming Saturday and that all were welcome to join.

Word spread throughout the town and people from all walks of life around the Hillsborough community came out to support the cause.

Teachers, students, business owners and local governmental officials were some of the people who attended the protest and joined together to fight against racism of all kinds in our society. Assemblyman Roy Freiman of the 16th Legislative District and Hillsborough Township Committeeman Olivia Holmes both attended the protest.

According to Jimenez, it was the largest protest ever assembled in Hillsborough and that people that had been in the area for the last 50 to 60 years had never seen any like it.

“It was very powerful to reach out to that many people in the Hillsborough community,” Jimenez said.

Priscilla Senoo was another person who attended the protest and said she was happy with its impact on the Hillsborough. Senoo is a Hillsborough native and just recently graduated from Northeastern University. After attending the chapter’s first protest the week before, Senoo, a black woman, said she was enamored by what the community activist group was trying to do and has since gotten involved ORH.

The former Division I shot put and discus thrower felt the protest was very empowering and exactly what Hillsborough needed.

“I think it’s important to shine a light on something that isn’t much talked about like in other big cities,” Senoo said. “We need to take action to stand against racism and incorporate that in the town.”

Senoo admits she was very surprised by how many people came out to the protest and was happy to see many people come out to fight for the cause.

“There was a lot of support from people from all different cultures,” she said. “It was uplifting to see the community get behind the cause. I think the protest was very powerful.”

ORH also contacted the Hillsborough Police Department to let them know that they were planning on having a protest. Jimenez said that the chapter and the police department were in constant contact in the days leading up to the protest and that the police were helpful in securing space for them to hold the event.

One police officer even joined in on the protest and held hands with the protester, according to Jimenez.

“There was no violence whatsoever,” Jimenez said. “Everyone followed the COVID-19 guidelines and maintained social distancing during the protest. We showed the state and the nation how a protest should be done.”

A few days after the protest, the Hillsborough Township Committee unanimously passed a resolution condemning racism.

Mayor Doug Tomson stated at the Committee Meeting on June 9 when the resolution was being passed that he was saddened by the deaths that have happened because of racism.

“As a township and a community we support and protect all of our residents regardless
of ethnicity, race, faith, sexual orientation or gender. In fact, we took a proactive
approach earlier this year and on Jan. 28, 2020, issued a proclamation in honor of the
National Day of Racial Healing,” Tomson said. 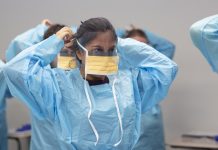 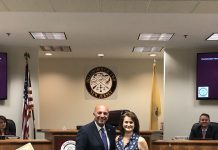 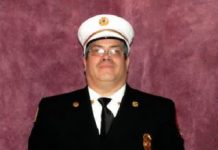