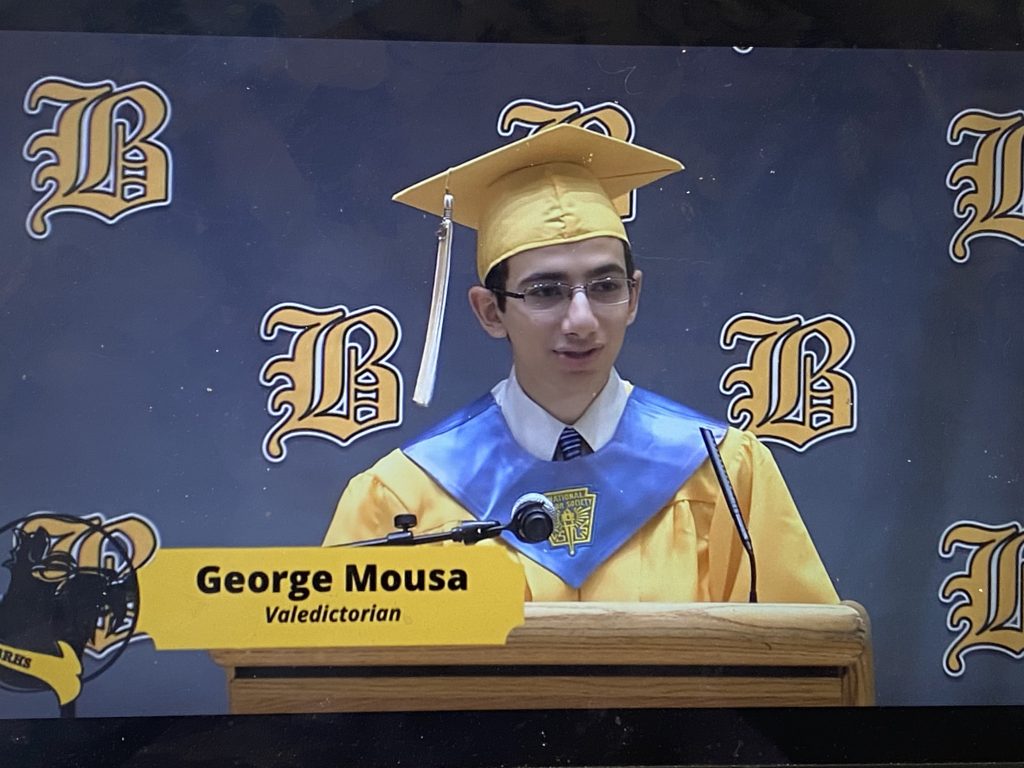 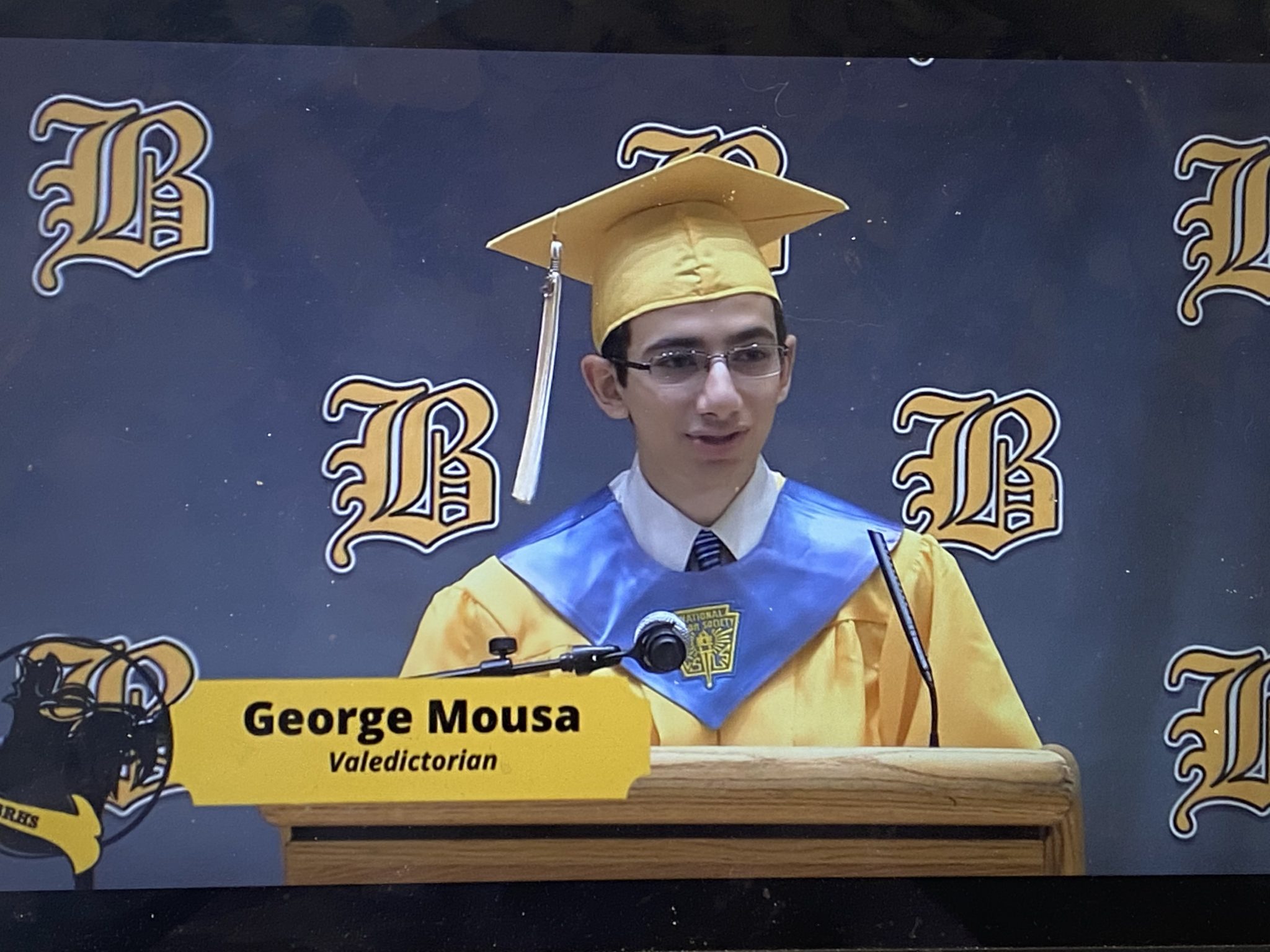 The climax to the school year for the 2020 senior class of Bordentown Regional High School was nothing like they were imagining going into the final year of their high school careers.

There was no prom, no senior trip to Disney World, and a virtual graduation was held in place of a formal graduation ceremony for the time being.

The coronavirus pandemic halted those memories of happening for this group of seniors, but other memories were made instead.

As this year’s valedictorian George Mousa said, senior year for him and his peers will be more memorable than what most would expect.

“Our class, I think, did a great job overcoming adversity and continued to push forward during the pandemic,” Mousa said. “The teachers did a great job giving us the resources we needed. Our administrators did a good job keeping us informed about everything going. Everyone rose up to the occasion.”

The 205 students who made up the Bordentown Regional High School Class of 2020 were honored in a virtual graduation ceremony that was broadcast live on the school district’s YouTube account on June 18.

The event was pre-recorded in the school’s auditorium on June 9 with both Mousa and Salutatorian Jennifer Zhang delivering speeches to their fellow classmates and their families.

Using his platform, Mousa wanted to portray a message of hope to his classmates and the people of Bordentown.

“I wanted people to feel hope,” Mousa said. “People are unsure of what will happen in the future. I wanted my speech to help people keep a positive attitude.”

Mousa, whose parents immigrated to the United States from Egypt, was very honored with being selected valedictorian of the 2020 class and said his hard work paying off was another example of why his parents did the right thing by coming to America.

Bordentown Regional High School Principal Robert Walder gave a speech commending the class for their perseverance during the pandemic and called them all “winners”.

The principal said the school set up a Google Classroom Class of 2020 portal to post important information regarding all senior activities and was in constant contact with all the seniors.

All the seniors received a graduation yard sign that was dropped off by the school and were able to pick their caps and gowns to wear for the virtual graduation ceremony.

Walder said he was very pleased with the cooperation of the seniors on the matter and how they handled online learning during the last semester.

“We were connected even though we weren’t together,” Walder said.

The virtual graduation began with Assistant Principal Teresa Hughes congratulating the senior class on graduating from high school and the school’s staff for their hard work the last few months with online learning.

Senior Courtney Quinn then sang the national anthem to begin the festivities. Other musical performances during the presentation included senior choir members and the honors choir program singing a rendition of the musical selection “Give us Hope”.

“We wanted to make sure we did what we could at this time to honor the seniors for their 13 years of schooling,” Forsthoffer said. “I hope our seniors can take everything they have learned throughout their time in school and use it going forward to help them in the future.”

The Bordentown Township Police Department and New York Yankees prospect James Reeves, who currently plays for the Trenton Thunder, also sent in a video message congratulating all the seniors.

All the graduates sent in a 5-10 second video of them wearing their caps and gowns that were shown on the screen to end the festivities.

“I think it went as well as we hoped,” Walder said. “It certainly wasn’t the same as a regular graduation, especially with not being able to celebrate with the students and their families afterwards in the school’s courtyard like we usually would.”

Per Gov. Phil Murphy’s announcement earlier this month that high school graduations can hold up to 500 people starting on July 6, a formal graduation ceremony is in the works for July 9 at the high school, Walder said.

The principal stated that the plan is to split the Class of 2020 into two graduation ceremonies, one at 5 p.m. and one at 7 p.m. on the turf field.

Each student will be given two to three tickets. Family and friends will be spaced out on the field in accordance with COVID-19 safety guidelines, while the graduates will sit in the bleachers.

A Project Graduation activity is also being planned for the Class of 2020 on July 24 in the school’s courtyard, Walder said. 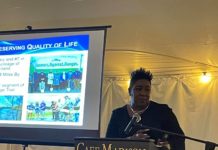 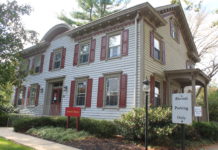