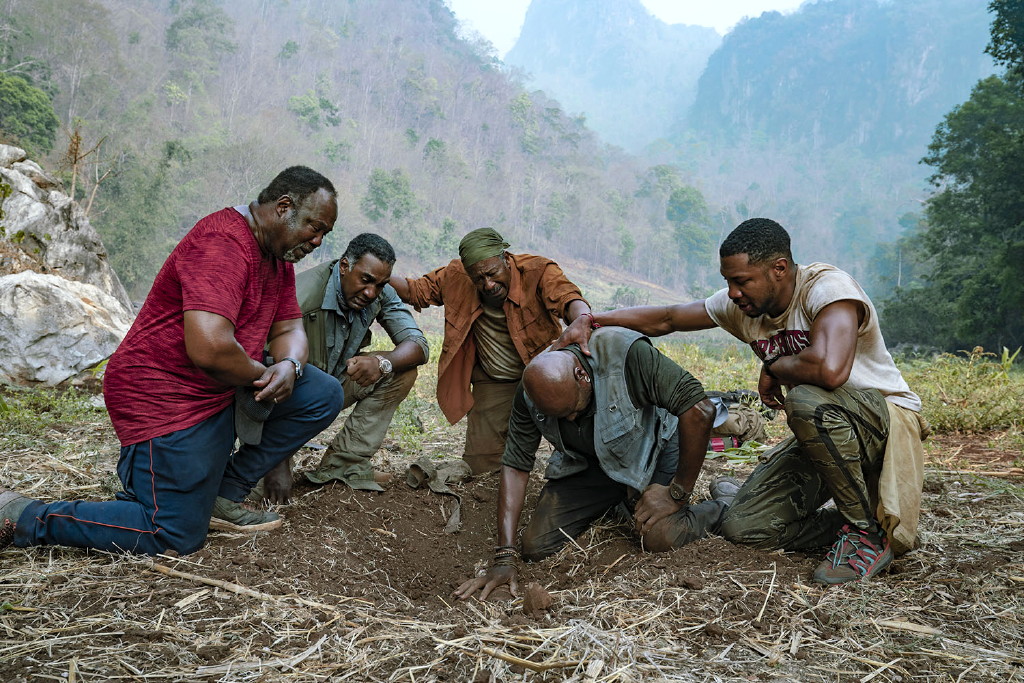 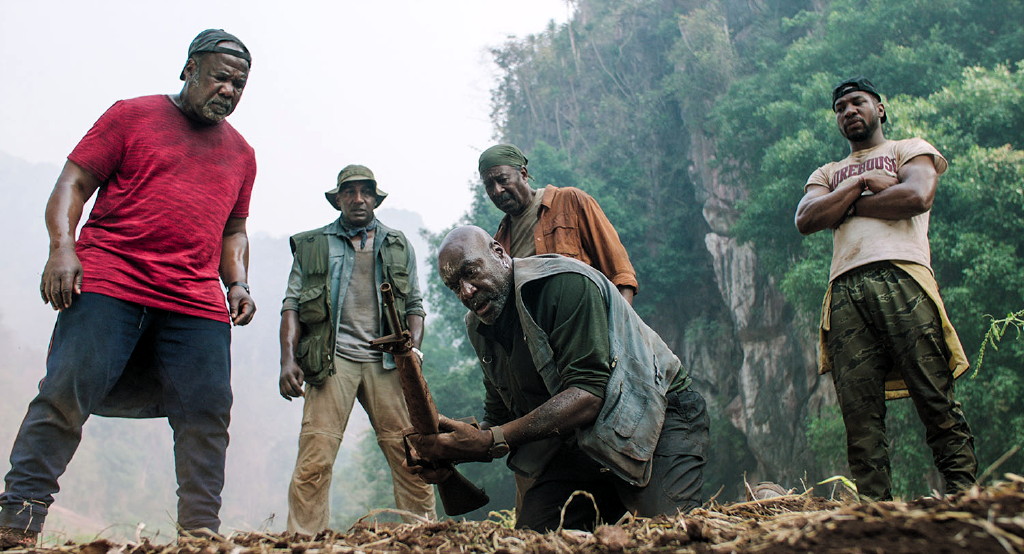 Friends for years, friends through battle and friends for all time head back to Vietnam years after the war has ended. They have returned to the country that solidified their relationship in an effort to locate the remains of their friend in Spike Lee’s new film Da 5 Bloods.

The world has changed since they were first in country, but many of the scars remain. Norman (Chadwick Boseman) was a fallen friend who lost his life in battle, but now new information is uncovered that leads the men to believe they can unearth Norman’s resting place and subsequently bring his remains home. But searching for Norman is only part of the trip back to the jungle; there is also the matter of some gold that a mudslide buried with their friend.

Paul (Delroy Lindo) is struggling with PTSD in a major way. It’s evident from the most innocuous meetings upon arrival in country that he has never really left the struggle behind. Paul is in this trip mainly for himself. Even when his son David (Jonathan Majors) joins the group, Paul treats David as less of a son than any of the other men do. David has joined the trip without his father’s knowledge to try and keep his dad in check.

Otis (Clarke Peters) has a connection with a woman that brings the group in touch with someone to help them on their quest to get money out of the country, and combined with Eddie (Norm Lewis) and Melvin (Isiah Whitlock Jr.), the search party is a band of five attempting to find their fallen brother and lost treasure.

The journey into the country they left behind includes a variety of flashbacks and new challenges to encounter, but these friends will face the uncertainty around every corner together and willing to put their lives on the line for the Bloods.

What a powerful discussion of friendship and unity despite differences. These friends who would do anything for each other also have many differing opinions on everything from politics to family and everything in between.

Lindo is amazing in his role as Paul, eliciting fear and compassion from viewers. We never know when he may snap, but yet we can’t help but empathize with his plight. And that the other friends in Da 5 Bloods get behind him inspires us, despite Paul’s occasional diversions from the path.

Da 5 Bloods is a film that feels much like the film The Treasure of the Sierra Madre. It shows us that themes such as madness and greed exist and are universally present, and attacks on friendship come from all angles.

This film could have been trimmed up a bit. It’s over two-and-a-half hours long, but the scattered nature seemed to mimic the head of an individual like Paul, and that makes the extended length even more powerful.

In a day and age when we are all looking for answers, could it be possible that they are sitting right in front of us? We are all broken individuals like Lindo’s character in this film. The question is, what are we going to do about it?