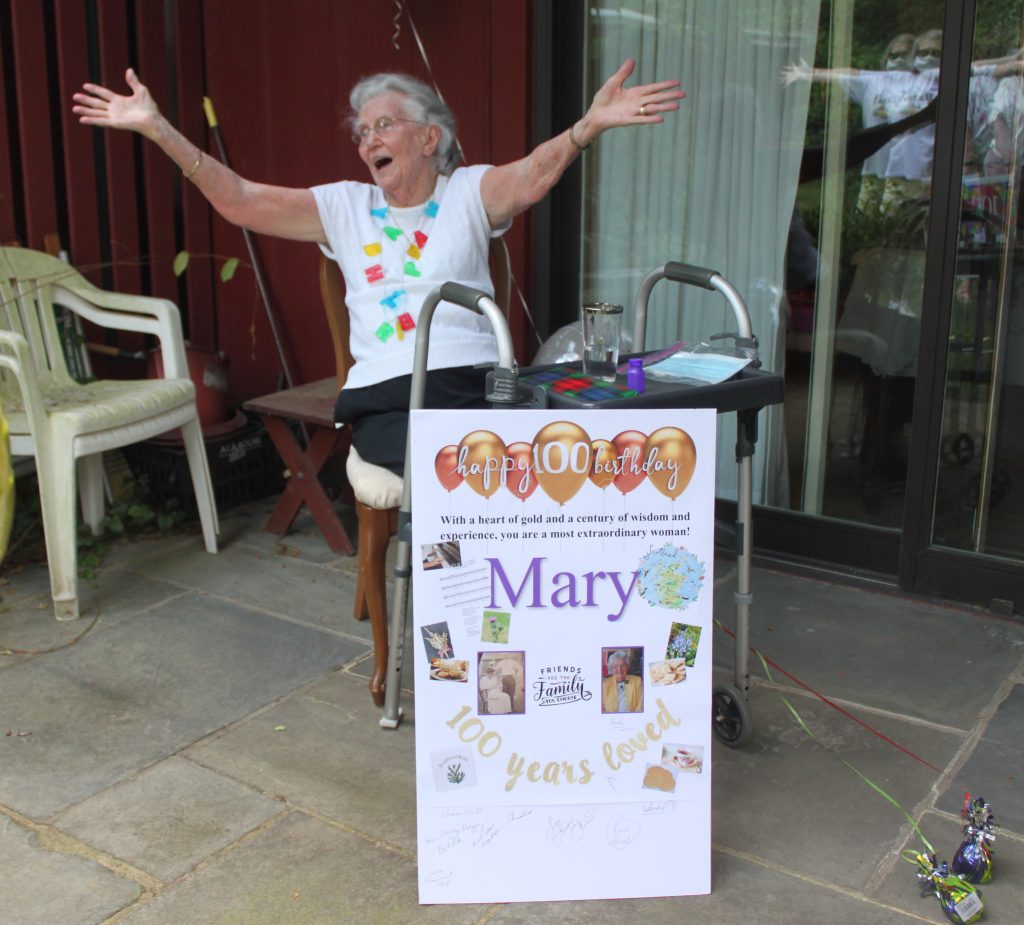 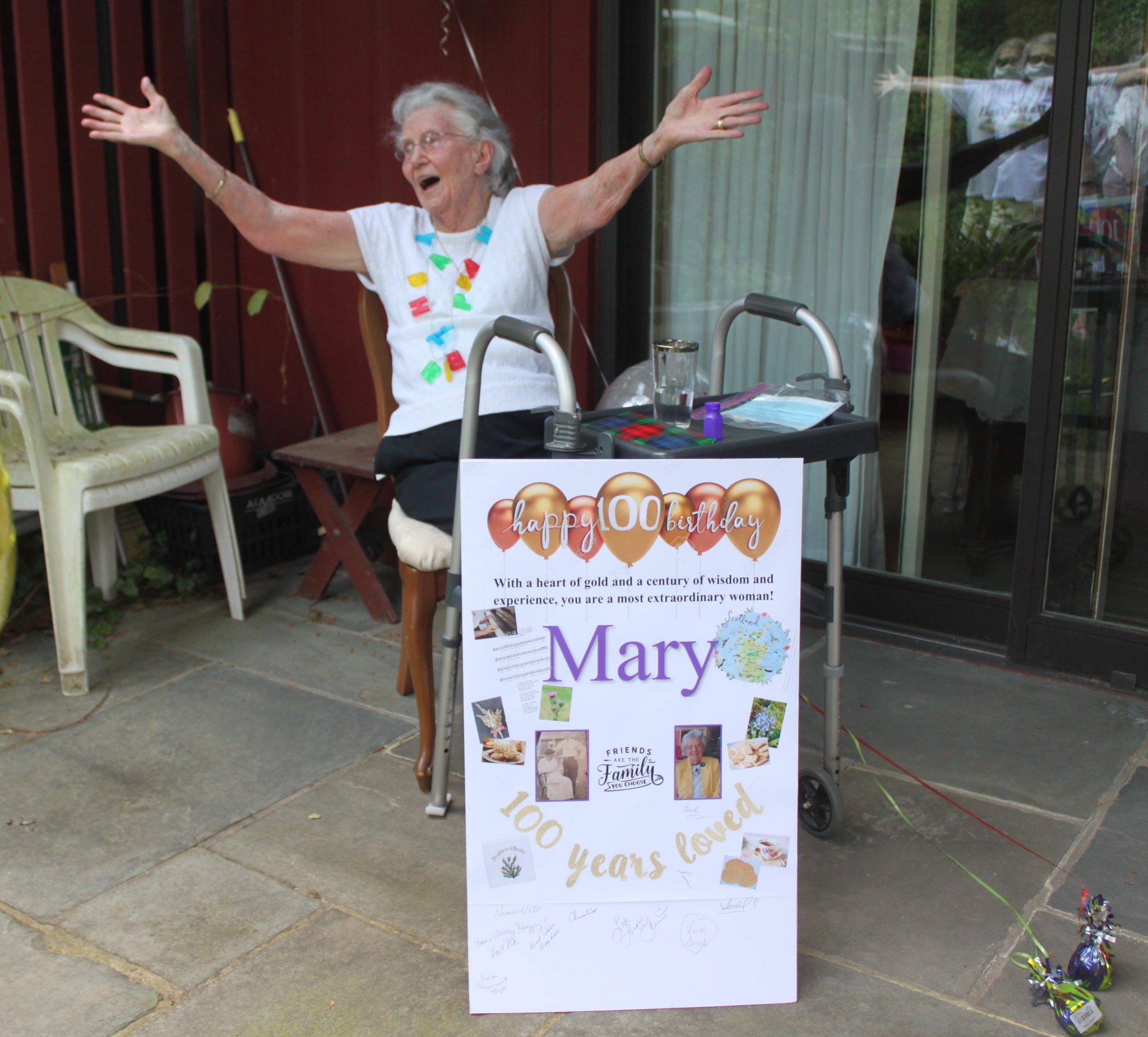 Ask Mary Palmer if she ever thought she would live to be 100 years old, and her answer is immediate and spontaneous.

Yet Palmer reached the century mark on June 10, surrounded – at the safe social distance of six feet – by about a dozen family and friends outside her apartment at the Meadow Lakes continuing care retirement community in East Windsor Township.

Palmer, who is a former Lawrence Township resident, walked out of her apartment and onto the patio to be greeted with birthday wishes. She wore a battery-operated necklace that flashed “Happy Birthday” and she was treated to a strawberry birthday cake.

Palmer met her husband, David Palmer, at a New Year’s party at the Order of the Scottish Clans, Lady Cameron Lodge No. 145. She joined the social group when she was 18 years old, and is still a member 82 years later. Palmer, whose maiden name is MacNaught, is proud of her Scottish heritage.

“I knew David’s parents and family through the Scottish Lodge long before I met him, because he lived and worked in Scotland,” she said. She met him at the New Year’s party while he was visiting family for the holidays. He went back to Scotland for work, and later moved to the United States.

The couple married in 1955, and her husband went to work as a lab assistant at Palmer Laboratory – no relation, she was quick to point out. She worked as the cashier in the office at DeLaval Steam Turbine Co. for 36 years.

The Palmers’ first home after they married was an apartment in Trenton. They moved to the Hamilton Square section of Hamilton Township before finally settling down on Villanova Drive in the Colonial Lakelands section of Lawrence Township. She moved to Meadow Lakes in 2005.

“The Meadow Lakes community is truly my adopted family. I didn’t know a soul when I moved here. Now, I feel rich in friendships. I love it here,” she said.

Palmer is perhaps best known for – and most proud of – her piano playing ability.

“I played the piano all my life, and I have enjoyed sharing music with others. I played for the Sunday school in church. Playing the piano has been a joy and blessing all my life,” she said.

“I played for our lodge – the Order of Scottish Clans, Lady Cameron Lodge No. 145. I played the piano for several Grand Lodge meetings, which is our annual national convention,” she said.

Palmer continued to play the piano after moving to Meadow Lakes. She played the piano for the retirement community’s Presbyterian and Protestant worship services until about a year ago.

While Palmer has observed tremendous changes in 100 years – from the telephone to the cell phone, from the first man on the moon to the international space station – what stands out most for her is her family and friends.

“There has been an endless line of friendships throughout my life,” Palmer said.

When Palmer was asked to share the secret of her longevity, her answer was simple and direct: home cooking and a simple life.

“I have been blessed with a good life and good health. I have had my share of troubles. My hearing and eyesight are no good any more, but I’m fine. I’ve had broken bones, hip replacements and even a pacemaker, but I am grateful that I can still take care of myself,” she said.

“Keep in touch with your family and your friends. They are your treasures,” Palmer advised.