Along with the spreading of the coronavirus, this country is facing a range of destructive changes from the climate crisis. And, not as widely recognized, the climate crisis is also resulting in escalating costs.

NOAA warned last year that we faced 14 weather and climate calamities, each costing over $1 billion dollars in damages and recovery. And, NOAA predicted both the number and the costs will be increasing.

These impacts are the result of our continent’s increasing exposure to ever more numerous, powerful storms, to sea level rise, and to the locating of communities in vulnerable areas.

But what is not as immediately evident from these impacts is their rising costs, from recovery and from insurance. And these increasing costs may well damage substantially the U.S. economy.

Black Rock, the investment management company, is predicting a 275% increase in major hurricane risk by 2050.

Who will pay for this? It is unlikely that private insurers, or their clients, can or would be willing to pay for the increasing costs. Because states cannot borrow, as the federal government can, this leaves the latter as the only actor able to respond. But the pandemic has revealed the difficulties and limits of federal spending, particularly when facing several calamities at once.

Already banks are passing risky mortgages to the government-backed lenders Fannie Mae and Freddie Mac. But even now the Federal Emergency Management Agency’s flood insurance program is $20 billion in debt.

And the increasing borrowing pressures are likely to increase the government’s low cost of borrowing, which, in turn, may slow the economy as a whole. This year has seen an increase in the federal deficit, rising from $1 trillion in 2019 to an expected $4 trillion this year. This increase will require more borrowing, while at the same time reducing the creditworthiness of borrowers.

The common sense answer is to reduce the causes, the drivers, of climate change. And the majority of scientists worldwide point to the necessity of reducing emissions from fossil fuels usage. This seems simple enough, but driving through the State of New Jersey one sees relatively few electric vehicles on the roads – despite the fact that gas-driven vehicles are the state’s leading source of emissions. The sight brings to mind the photos of hundreds of young people swarming southern beaches, despite the warnings of, and now the statistics of, exploding virus numbers.

How to get people to reduce emissions? One strategy that is slowly gaining support is a carbon tax. We have seen that the climate crisis is already increasing costs. Therefore it is entirely reasonable to tax carbon usage, which would reduce that usage and raise needed revenue to address climate change costs – revenue that will be needed to be raised in any case.

Both the nation and the world need leadership on this issue. There is no hope that our current leader or the Republican Senate majority either understands or is prepared to do anything to make the needed reductions. But our own future, and the world’s (as there is no other nation that has the potential to lead) urgently need that leadership in order to avoid the predicted destruction and the dangerously rising costs.

Opinion: Purandare is ‘only responsible choice’ for Hopewell Township 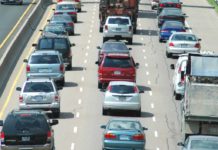 Opinion: Hughes and Bolger have solutions for improving congestion on Route 130