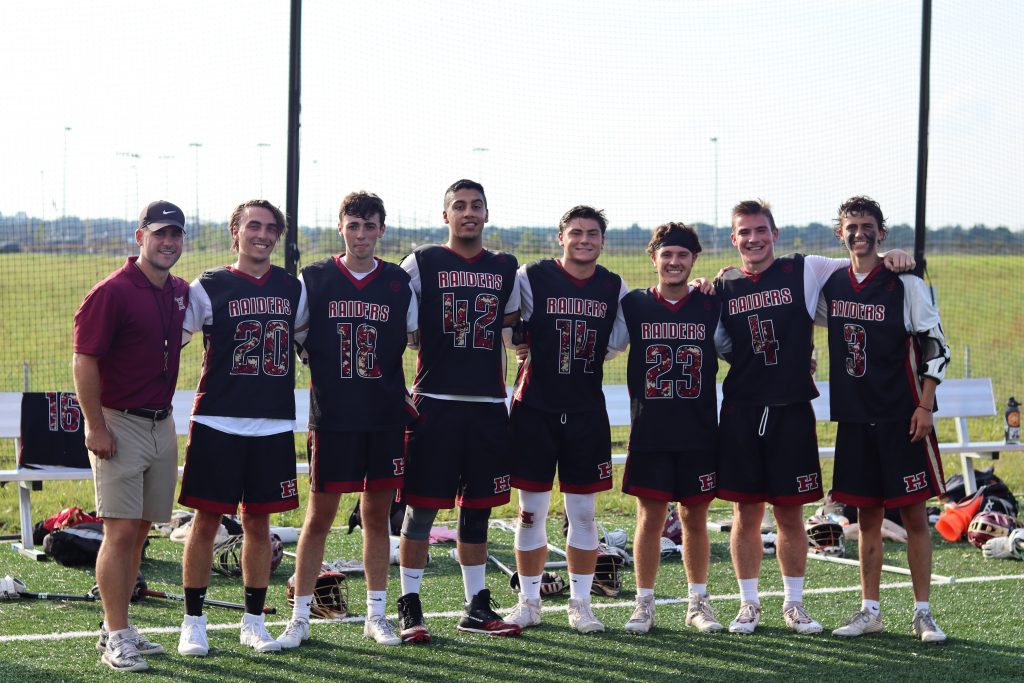 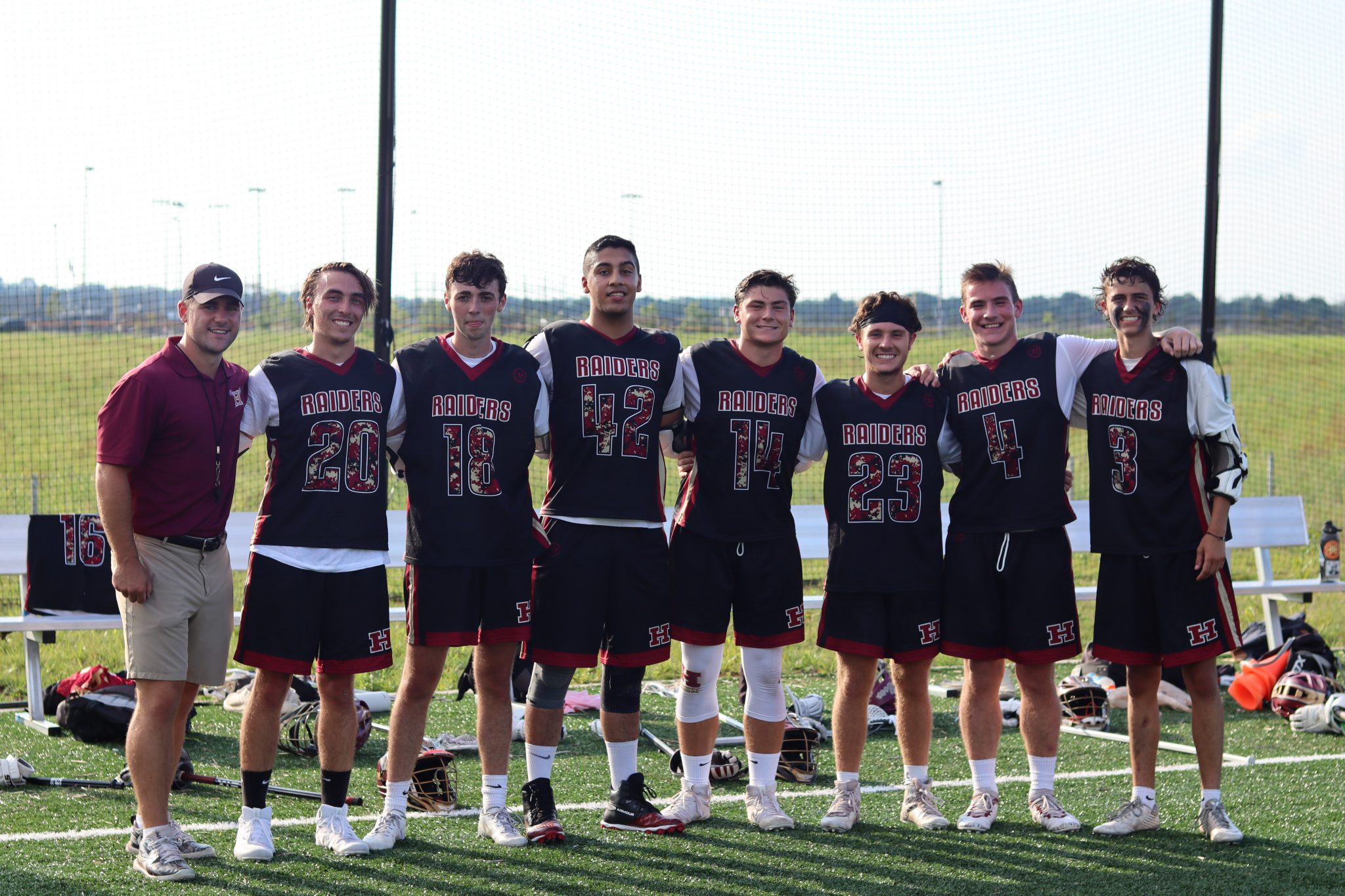 The senior players on the Hillsborough High School boys lacrosse team got some closure from their lost spring season due to the coronavirus pandemic.

Hillsborough was part of a special Senior Send-Off Night that was hosted by Apex Sports and Events on July 17.

The event, which featured a total of four high school boys and girls programs, gave seniors the chance to have one last game on the field together with their coaches and teammates.

“Having the chance to play with their brothers one last time and put the Hillsborough jersey on again was something our guys really enjoyed,” Hillsborough boys lacrosse Coach Nick Angrisani said. “Playing this game meant a lot to them. It took a lot of work, but I’m glad we were able to do it.”

Seniors Varun Deb, Tom Ramsey, Alex Marsh, Anthony Shields, Kyle Clark, Josh Quick and AJ Vinchur all got the chance to put on their Hillsborough jersey for the last time and fly around with their teammates.

Each senior was honored before the game at midfield with their parents, just like they would on Senior Day. The event also featured an informal banquet under social distancing rules that coaches, players and their families attended after the game.

The team also honored and played for fallen classmate and teammate Chris Koll, who passed away from leukemia two years ago.

The event was the result of Angrisani’s hard work over the last few months to give his seniors the opportunity to play one last game.

Hillsborough’s senior class had dedicated a lot of their time and effort to Angrisani over his first two years at the helm and the coach made it his mission to do something special for his guys after seeing them miss out on their senior season.

“I wanted to do something for them,” Angrisani said. “All of them have played a significant role for our team over the years. They didn’t get to have their senior season and get that closure. I wanted to help them get the chance to play one more game if possible.”

Since the spring season was canceled, Angrisani reached out to teams across the state to set up a potential contest in the summer.

His long search and hard work to find Hillsborough a running mate came to ahead when Delaware Valley signed on to play the Raiders and give their seniors a chance to play one last game as well.

The event was scheduled to take place in the middle of June, but was pushed back because of COVID-19 restrictions, Angrisani said.

As everything came together last Friday night, Angrisani stood on the sideline and watched his players walk to midfield with their parents to be honored before the game.

The moment meant the world to Angrisani, who was glad that his hard work gave his seniors one last chance to play the game they love.

“Being able to put this together and see the smiles on their faces meant the world to me,” Angrisani said.

Hillsborough was hoping to rebound from its 5-12 campaign last year.

With a strong senior class and a good group of underclassmen surrounding them, Angrisani felt his team had a chance to make some noise in Somerset County and put together one of the best seasons the program has had in recent years.

Unfortunately, Hillsborough did not get the chance to see what they could accomplish as a group this spring due to the novel coronavirus pandemic.

It was devastating, Angrisani admits, but the coach saw his squad stay strong through it all.

Before facing off against Delaware Valley, Angrisani told his squad to just have fun and enjoy the moment of playing on the field together one last time.

Hillsborough played a fun and hard fought game against Delaware Valley in a losing effort.

The result didn’t matter to Angrisani as he was just happy to see his team back on the field together again competing.

“It was very special to see the guys fly around and play the sport they love,” Angrisani said. “It brought a little normalcy to everyone as we all came together as a team one last time.”

Average age of new COVID-19 cases in Woodbridge dropped to 29, five of the new cases are teens