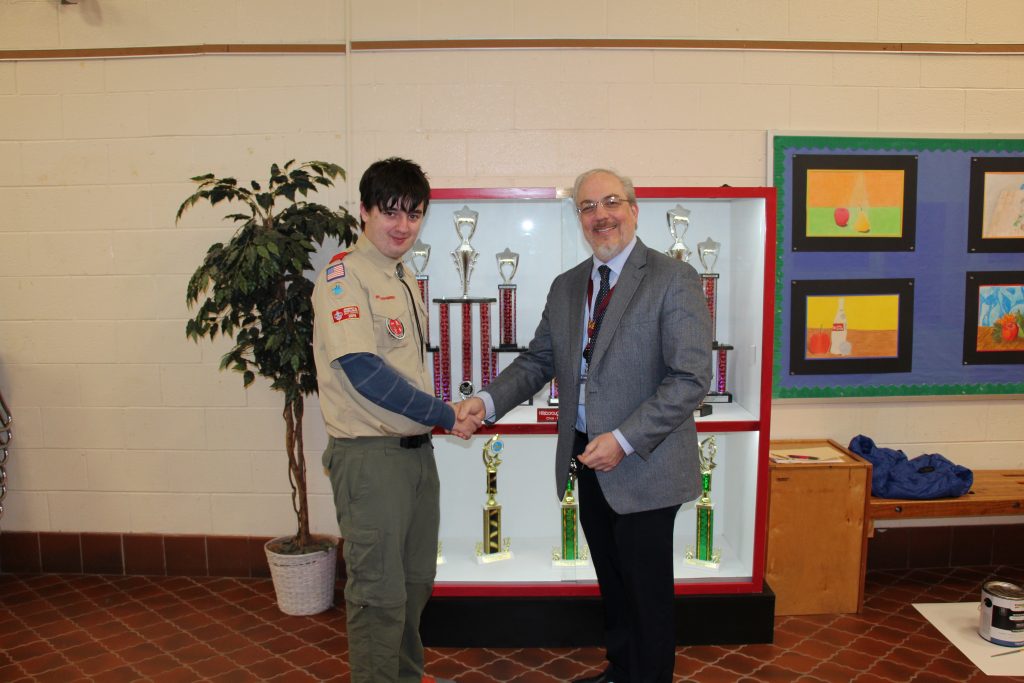 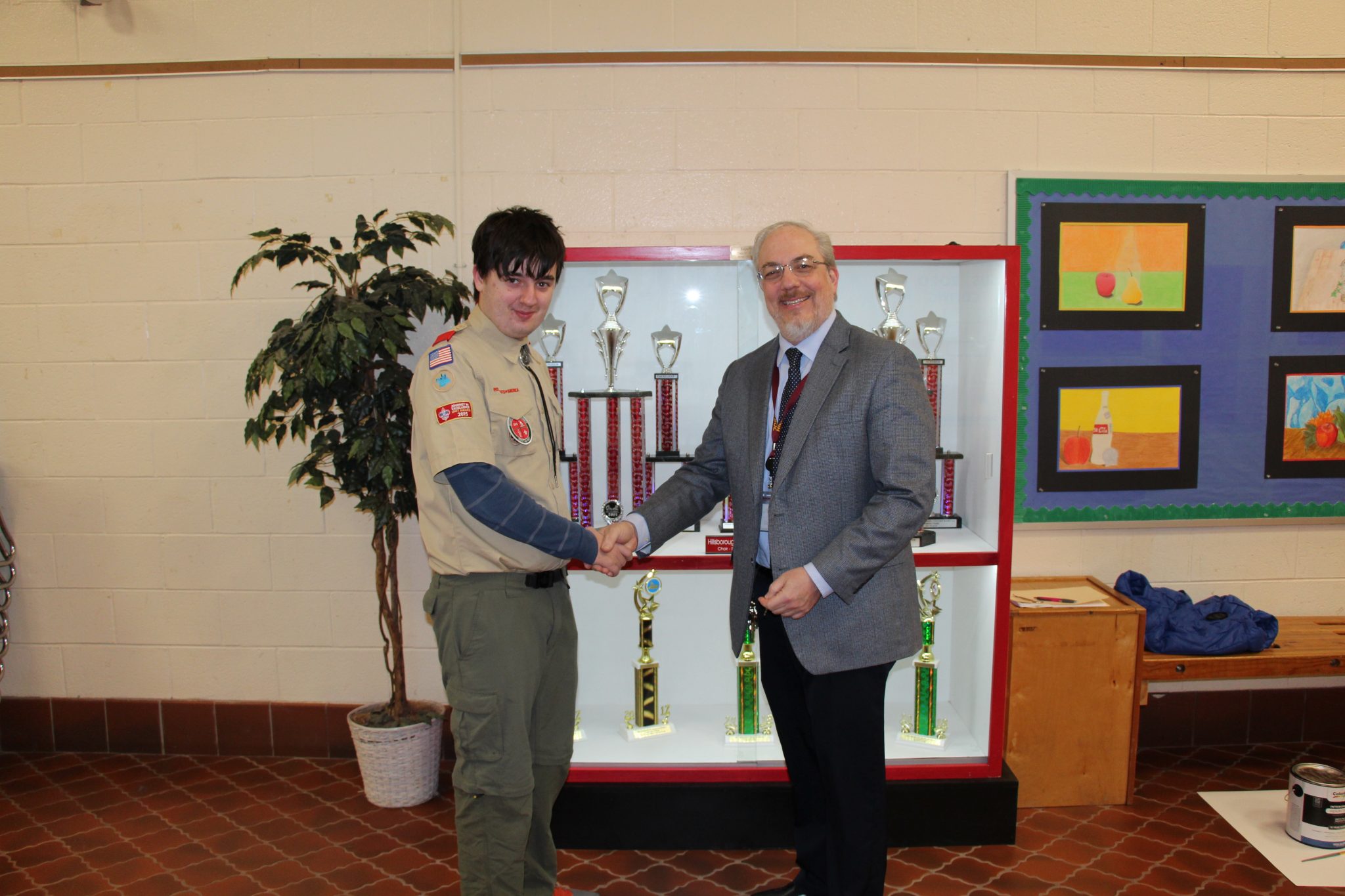 J.P., as he likes to be known, thought a great philanthropic project to pursue to reach the rank of Eagle was to give back to the Hillsborough Middle School Music Department.

J.P sang in the choir when he was in middle school. He knew that the choir, the band and the orchestra all had won awards for their respective performances over the years and that they had little space to feature them.

What better way, thought J.P, than to help build the department a trophy case for them to put their awards in that would be displayed in the school’s main hallway.

This past February, J.P delivered a 6 foot by 5 inches wide trophy case with LED lights and glass doors to the school for the music department.

“They didn’t have a case for their trophies and I wanted to give them a chance to show what they have earned,” J.P said.

J.P went to work and drew up a sketch plan of his proposed trophy case idea that he sent to his scoutmaster, who understood wood building and let J.P know what materials would be needed for the project.

To raise money to purchase the materials, J.P held a car wash fundraiser at the Hillsborough Elementary School where he was able to raise around $650 after five hours of hard work shining up cars.

The money raised at the car wash covered a majority of the cost for the materials, J.P said. Family donations covered the rest.

Later in the fall when J.P received all the materials he needed to build the trophy case, he invited 23 scouts and volunteers from his troop to his house to help him build and paint the trophy case.

After a total of 151 hours of hard work put into the project, the trophy case was finally ready to be delivered to the middle school.

Once he finished the paperwork to finalize the project and earn his Eagle Scout honor, J.P went to the middle school to see the trophy case he helped build stand in the middle of the main hallway, lit up with trophies filling up the case.

It was a great sight to see, admitted J.P, who was happy that his hard work made it possible for the music department to show off their accomplishments.

“I was really happy to see the case all lit up with all the trophies in it,” J.P said. “I’m happy that all my hard work went to a good cause.”

J.P, 17, is entering his senior year of high school and plans on studying computer science in college after he graduates next spring.

He has been a part of the Boy Scouts of America since he was in first grade, being a member of the Hillsborough Cub Scout Pack 389 before moving up to Troop 89.

Troop 89 is sponsored by the Hillsborough Township Fire Co. No. 2.

Troop 89 was unable to hold its annual overnight camping trip this spring and J.P. himself was unable to attend one of the Ten Mile River Scout Camps in upstate New York this summer, which is something he has attended the previous seven years.

J.P. turns 18 in November and is hoping he’ll get the chance to do an overnight trip or help out fellow scouts in his troop plan events or pursue other activities before his time as a Boy Scout is over.

As for earning the title of Eagle Scout, J.P. said he is happy that his hard work has helped him obtain the prestigious honor and believes the leadership tools he learned during his time as a scout will help him in the future.

“I had been working at becoming an Eagle Scout for a while and I was happy that I finally was able to get it,” J.P. said. “The scouts help you practice leadership skills that you will need in the future to make you a good leader and work well with others.”