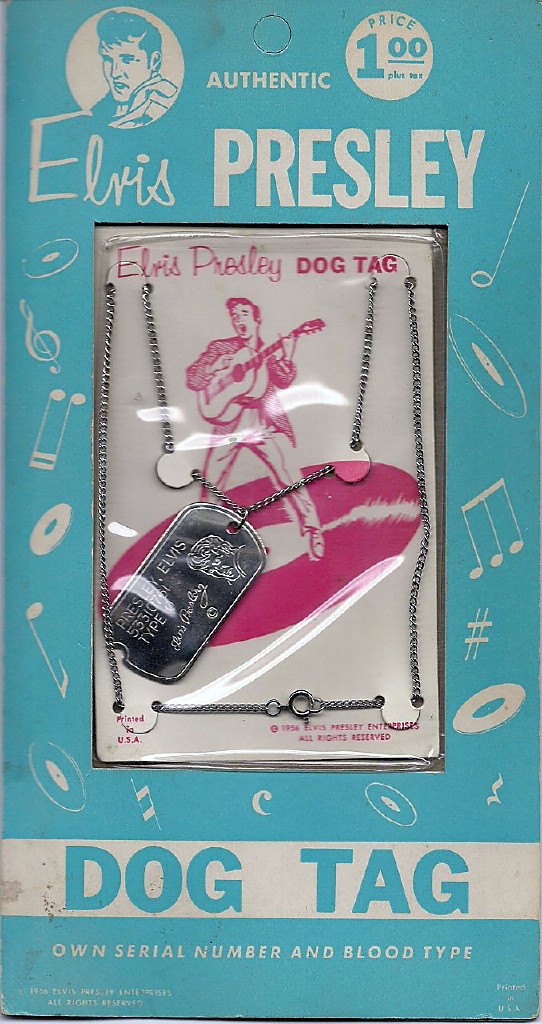 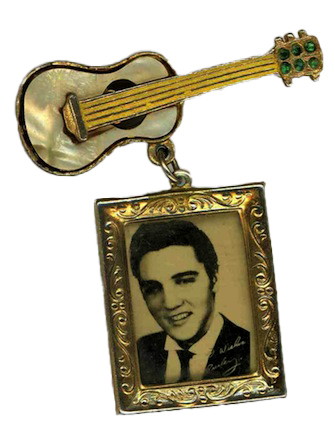 Joe Krein, from upstate New York, became an Elvis fan at age 12 when his grandmother gave him a stash of LPs and 45s. He says he was into a lot of bands back then, but there was something about Elvis that had him hooked.

He started out collecting “all the [Elvis] vinyl” he could find. He’d heard that the first album fetched a good price and was so proud when he was able to buy one used. “I thought I was in the money,” he says. “I didn’t even consider that long scratch right down the middle.”

Eventually, a collector taught him the basics. “The first thing he told me is that it’s not how much you own, but the quality of what you have,” he says. “And quality means provenance, condition and rarity.”

Krein especially likes ’50s-era memorabilia, from when Elvis was first making it big. There are plenty of collectibles from the era, as Elvis’ image was licensed for a universe of items sold to young consumers — record players, bracelets, toy guitars, bubble gum cards, autograph books — even dog tags after Elvis went into the Army.

Elvis’ recording career hit a lull in the ’60s, resulting in slim pickings for collectors — records and movie paraphernalia, mostly. His image in the Hollywood glare became more reserved, his movies grew formulaic, and popular music moved on.

Then came his ’68 comeback TV special. At 33 years old, reunited with his old band and sporting a variety of jaw-dropping outfits, the Presley swagger came roaring back, and soon the floodgates of superstardom opened wide again for him. The next year, he opened a four-week gig at the International Hotel in Las Vegas, and his flashy, lip-curling, hip-flinging performances told everyone the King of Rock ‘n’ Roll was back. He went on to perform more than 600 sell-out shows in Vegas, completely redefining the Vegas spectacle for generations to come.

For Elvis collectors, there is a mother lode of Elvis Vegas collectibles to be had, from menus (festooned with Elvis’ image), table cards, posters, postcards, matchboxes, dice and swizzle sticks. Krein says that ’70s memorabilia is another favorite he collects — pins, tour programs and posters, jewelry, belt buckles, lipstick cases.

After the King’s death in 1977, Elvis memorabilia flooded the market. One source, according to Krein, is an aunt of Presley who was living at Graceland; afraid she was soon going to get thrown out, “she sold stuff off left and right.”

Joan Deary was the curator of Elvis Presley records at RCA when Colonel Tom Parker sold the record company rights to all previously unreleased Elvis recordings. Deary found an amazing hoard of tapes at Graceland, recordings that became the basis of a six-LP Golden Celebration set released in 1984. While she was there, Deary loaded up stacks and stacks of acetates (master pressings never intended for general release), one of which eventually ended up in Krein’s collection — the single “G.I. Blues,” released in 1960 when the movie of the same name was in the theaters.

The collecting business was one thing before the internet, with more face-to-face selling at fan conventions. eBay changed things considerably, making collecting Elvis a more anonymous and pricey enterprise.

Krein, who launched his own website (elvis2001.net) as a way to meet up with other collectors, says the Elvis collecting field is not quite what it was — it’s gotten too expensive for many collectors. But then there are always new fans coming into the fold, bringing new excitement.

Asked if he had any suggestions for newbie collectors, Krein pointed to record shows, Elvis Week celebrations and fan clubs as a great way to find collectible items.

He also offered a few words of warning to new Elvis collectors. “First of all, stay away from autographs. There are so many fakes.” He said that when Elvis toured, fans often got fake autographs from crew members. “If someone can make money on an Elvis item, it can and often will be counterfeited.”

Krein displays his Elvis collectibles in a specially outfitted den dressed up to look like a diner, complete with booths, a tabletop jukebox, a bar, a vintage aqua cigarette dispenser, framed posters and other memorabilia, display cases, and racks of LPs, videos and CDs. To call it an Elvis shrine would be a gross understatement, but it serves much of the same purpose for Krein. “I love to just go in there and think.” 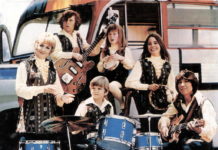 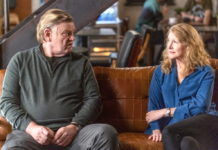 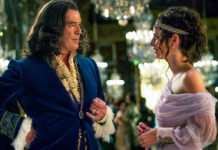